However, my experience is only with digital circuits like 74 logic, some BJT audio circuits, etc... have never generated AC myself before. How should I generate a 26 volt 400Hz signal? 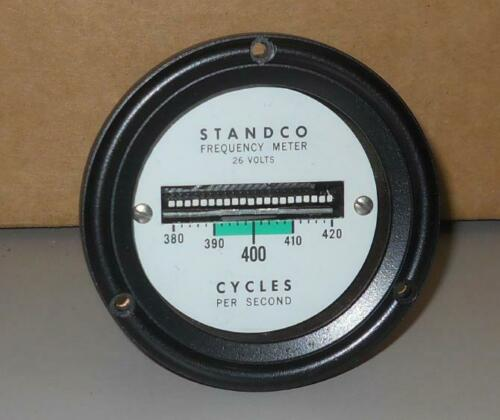 The frequency meter is simply an electromagnet that excites the magnetic reeds into mechanical resonance at double the marked frequency for each (since the magnetic field effectively rectifies the input current).

Your proposed arrangement should work. Another approach would be to use a micro with either a pot or a rotary encoder to control a DDS such as an AD9850/9851, which would provide a nice sine wave.

One attraction of that path is that you could use an inexpensive China module for the DDS and an Arduino for the micro, and chances are someone has done much of the programming for you.

It appears that kind of frequency meter device likes to see the nominal voltage +/-20%.

There may or may not be a series resistor inside to adapt it to the standard (one of several) 26VAC/400Hz aircraft voltage level.

It might work okay with a square wave since the first harmonic will be at more than 1kHz, but the sound would be ugly and the amplitude would have to be adjusted appropriately. I would not give it too much DC content. That’s taken care of with a transformer, of course, but if you are considering a direct coupled circuit it may not be.

Not the answer you're looking for? Browse other questions tagged transformer ac or ask your own question.