I'm using hx711 adc module and after adc is powered on, the adc values start to increase after 1 minute adc values become stable. how can i get stable value in less time when adc pwored on. 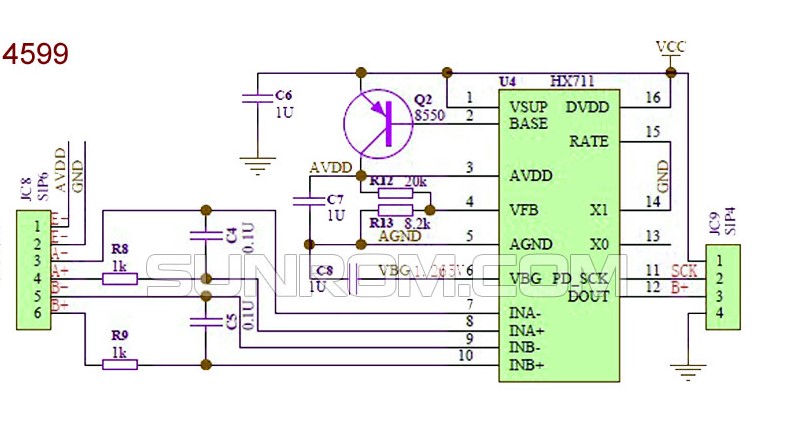 The HX711 is a load cell sensor that contains a 24-bit Analog to Digital converter. A converter of this resolution is going to be extremely sensitive to changes in the system level environment including the chip itself and breakout module that it may be mounted upon. The environmental factors that have to be considered include:

If you expect the HX711 to be prepared to give a stable and repeatable reading every time you access the device then the device itself must be in a stable condition. Any variation of parameters, including those I have listed above, will affect the stability of the A/D output.

Since you mention seeing a stabilization time of some 30 to 40 seconds this is indicative of mostly a temperature settling time. When the device is OFF the chip has established itself at a temperature close to the nearby ambient. When you turn it on the chip has to startup and begin operating. In this process the internal circuitry will heat the chip to its operating temperature.

The HX711 data sheet shows that the chip consumes a rather small current via its analogue and digital power pins. With the small power dissipated by the part it can take longer for the overall temperature to stabilize than if there was more power being consumed.

Things to think about to deal with this problem...

Not the answer you're looking for? Browse other questions tagged adc or ask your own question.