With reference to Olin's answer to Connecting Voltage Regulators 7812 in Parallel for High Current, and likewise the examples from the Fairchild, TI and ST datasheets, a PNP transistor is used (i.e. TIP42, BD536, 2N6133, BD536, respectively) to provide the higher current, when using an LM7812.

Looking at the Fairchild example: 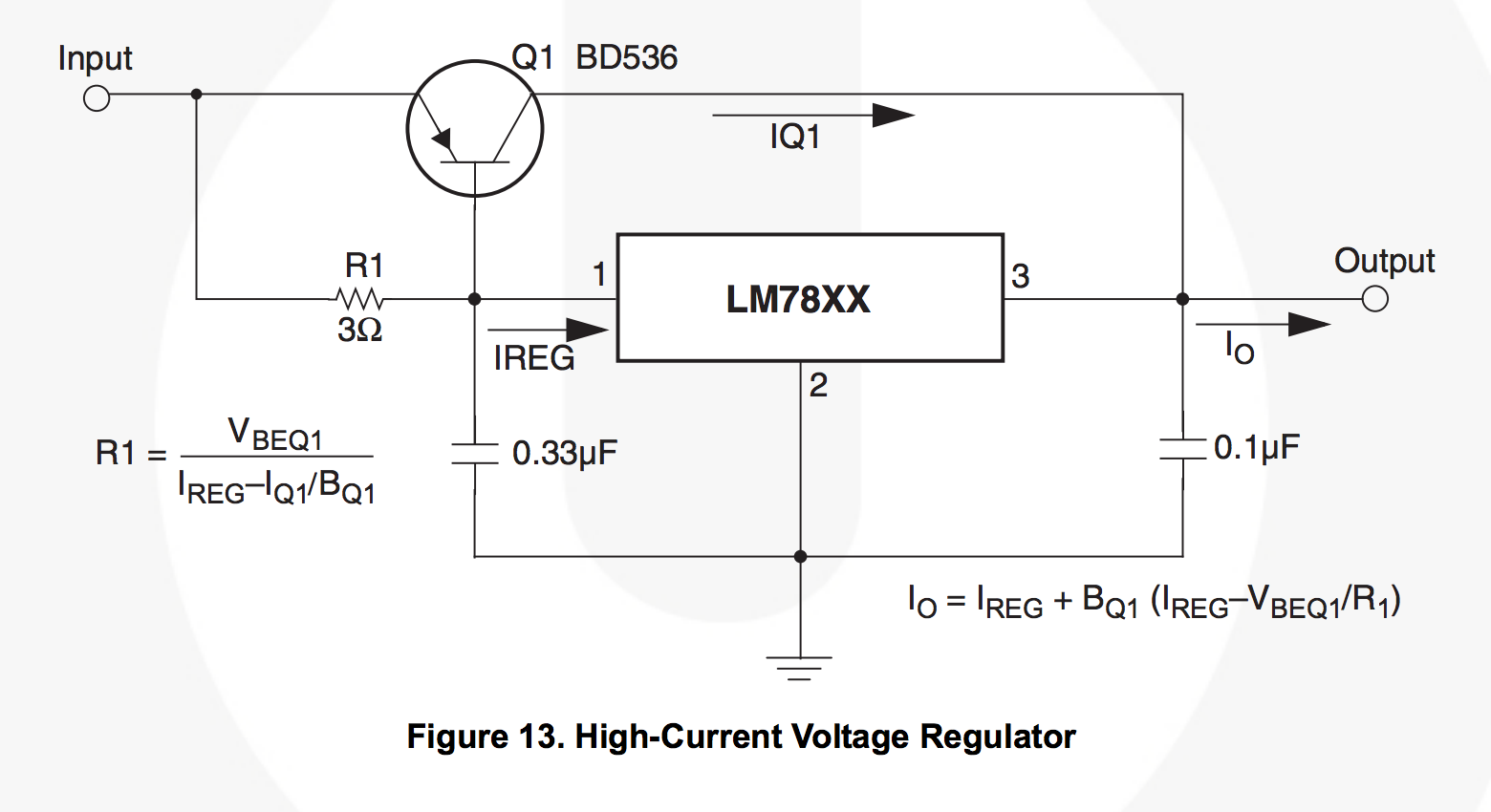 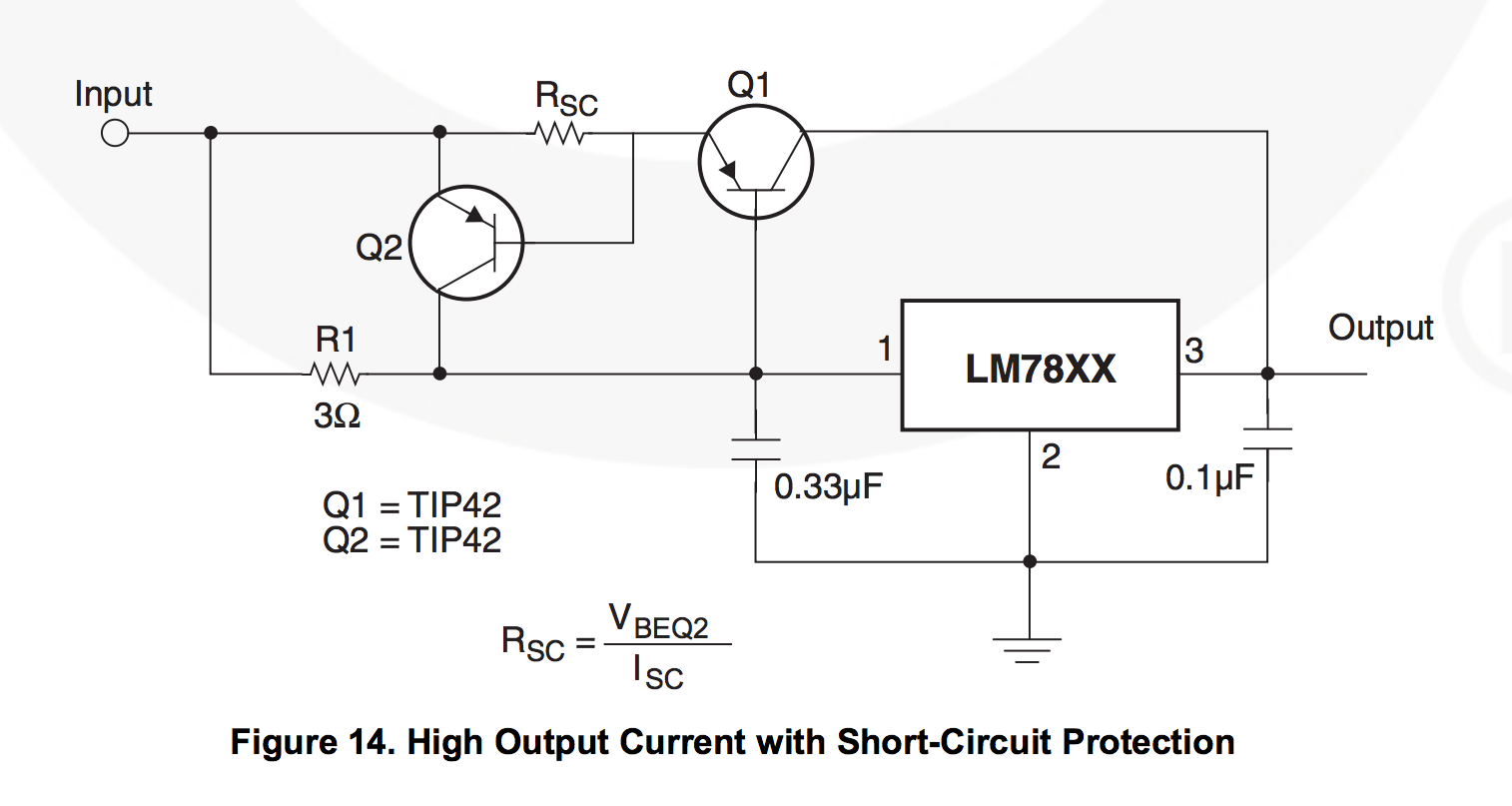 So, for the LM7912, is an NPN transistor equivalent used for the short circuit protection transistor (i.e. 2N6121 and TIP41)?

I only ask as neither the NS nor the TI LM7912 datasheets show a high current (with or without short circuit protection) schematic, hence my doubt.

Please note I'm not looking for component recommendation, but rather I would like to confirm that I have got the BJT polarity configurations (PNP versus NPN) correct. I have merely included the component identifiers for completion.

Yes, when you reverse the polarities of all the voltages, you also swap BJT types. Your thinking is exactly right.

Not the answer you're looking for? Browse other questions tagged voltage-regulator bjt 12v linear-regulator or ask your own question.