Why noise when increasing amplification of last cascade of transistor amplifier?

I've made small amplifier for hand-made electric guitar - it is just two transistor cascades - and I've found one curious effect when increasing amplification. Some annoying noise (just typical electric interference from nearby devices) appears if I raise amplification on the last cascade, but not if on first.

And I don't understand why is it so. 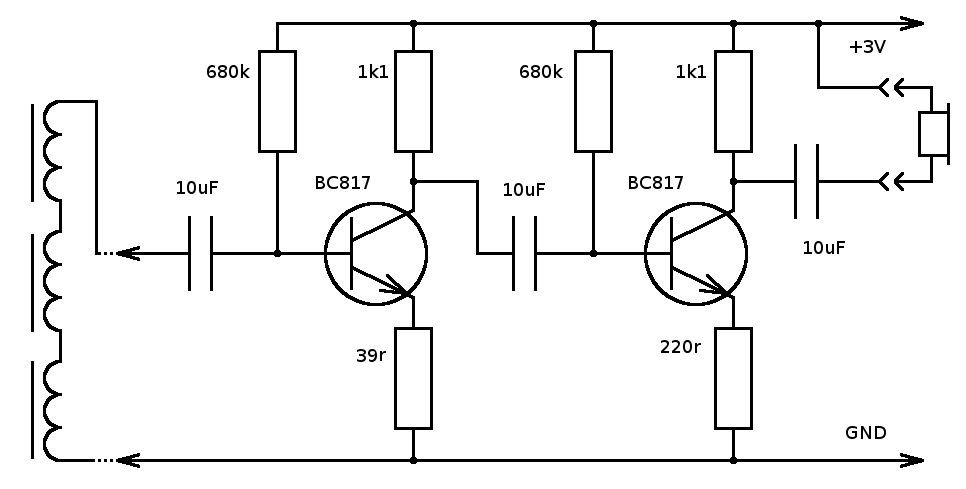 The amplifier is necessary because my hand-made pick-up has comparatively small coils (in comparison with normal electric guitar).

Here you see the amplification of each transistor is determined by relation between resistor in collector and in emitter.

If I increase amplification by changing 220 Ohm resistor to 68 Ohm - i.e. roughly 3 times - I get the noise described above - it occurs when the hand is close to or touches strings.

However there is no such noise if I raise amplification on the first transistor instead. I.e. I changed 39r to 4r7 and got louder but still clean sound.

Well... How does it happen?

Below is the picture of the whole assembly for better idea - power is from two batteries, to exclude noise from power supply... 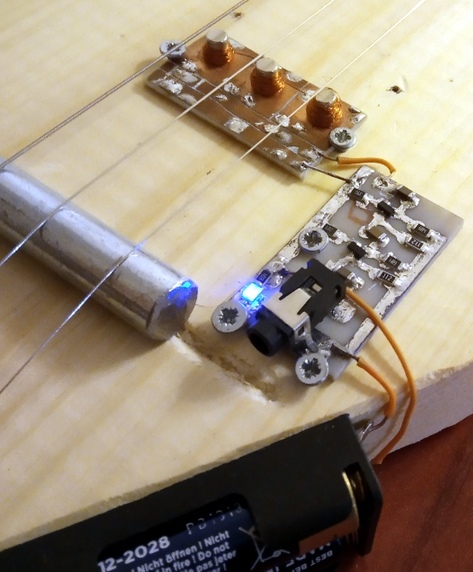 Q1 does not clip, but Q2 does clip from insifficient base bias current and Vc rides too close to the 3V rail.

There are a lot of interactions with changing bias resistors.

Not the answer you're looking for? Browse other questions tagged transistors amplifier noise or ask your own question.