I've got a bi-color LED in a push-button that is red when powered in one direction and green in the other direction. I would like to control it from a Raspberry Pi GPIO pin, e.g. High=Red, Low=Green.

I thought I could use some kind of H-Bridge to reverse the polarity, something like this perhaps? 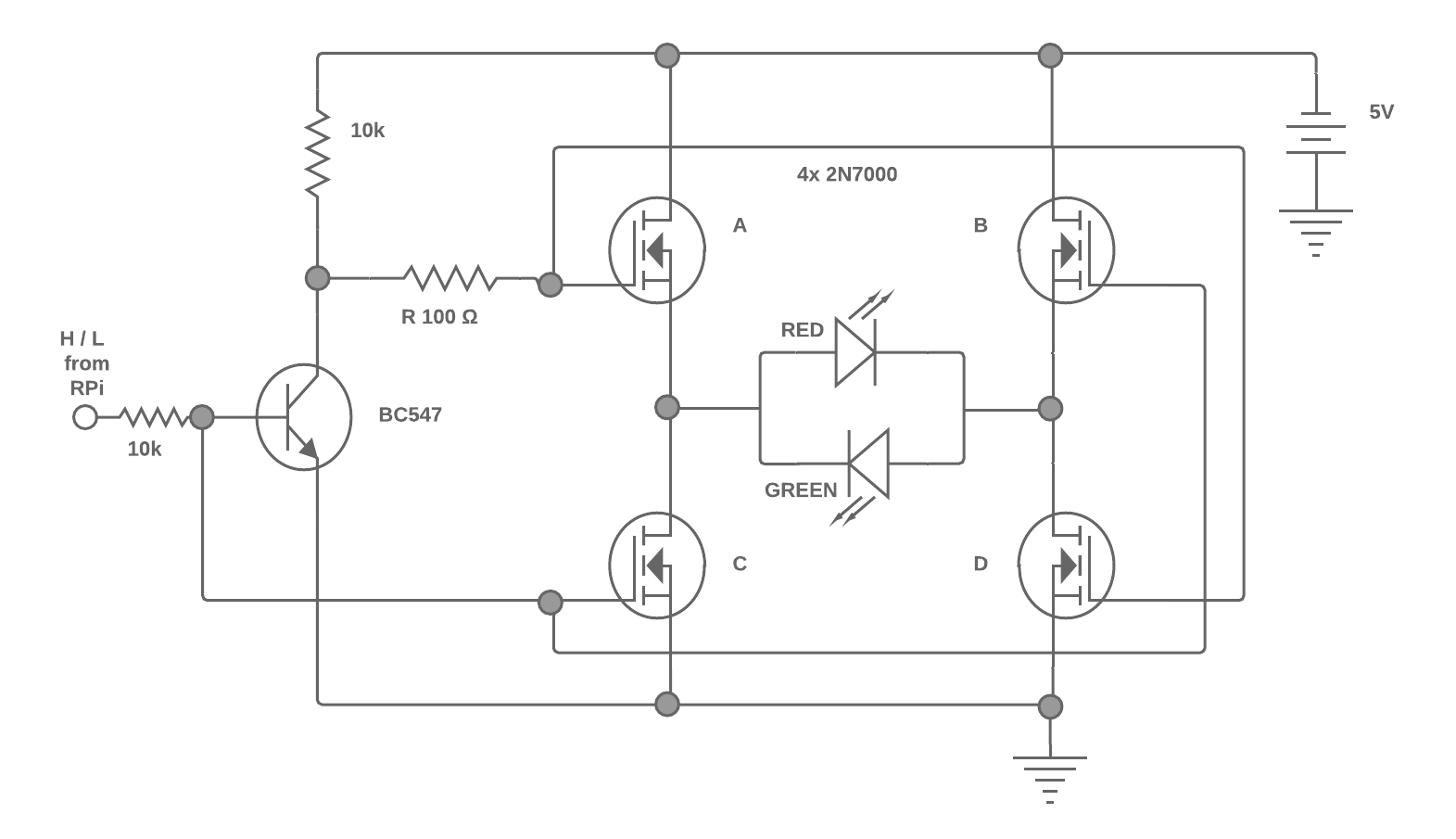 I want to power it from Raspberry Pi's 5V pins however the GPIO is only 3.3V (that I can level shift up to 5V if needed).

The LED doesn't need a resistor, the button has an internal one.

H bridges are for driving high current coils or motors. You have no current limiting R.

CMOS (74HC family ) has about 50 OHms driver R so you can include this with your current limiting R.

Since Iv intensity in xxxx mcd is common now , the curent can reduced to a few mA for indicators with a single Rs = 470 to 1k. 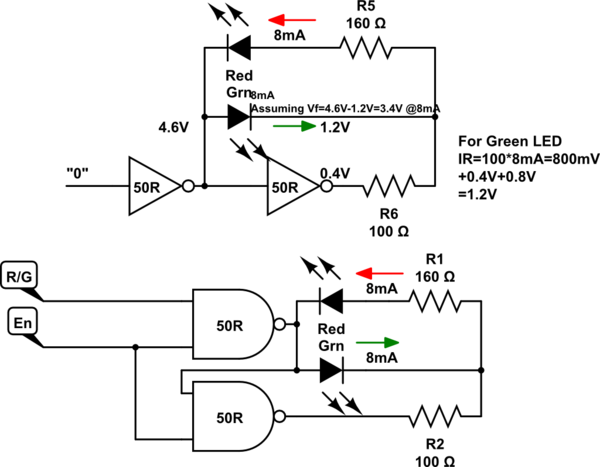 Here is how I drive bi-color LEDs:

Not the answer you're looking for? Browse other questions tagged led mosfet raspberry-pi h-bridge or ask your own question.