Are these 2 resistors in parallel?

So I had a circuit to analyse and I needed to find the equivalent resistor and then I arrived to a confusion. Are R1 and R3 in parallel? Here is the circuit. 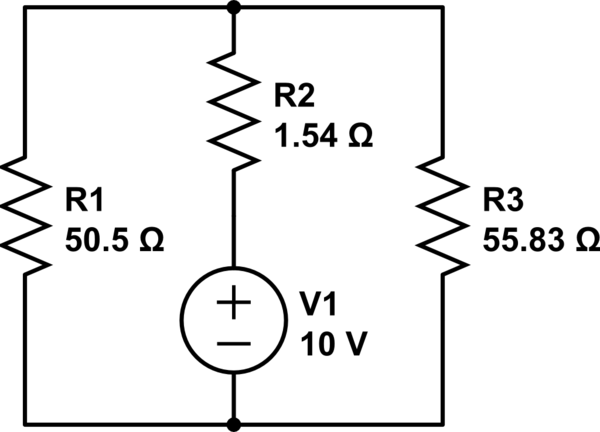 Redrawing schematics is a great way to analyze circuits, but also an exercise in why schematics are drawn in particular ways — to more clearly communicate to other engineers. 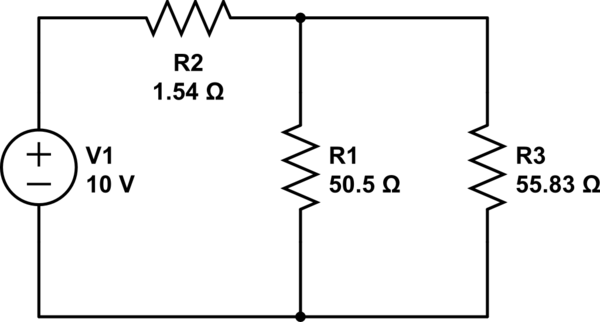 The rearrangement above should be a little more clear. If you trace a path from one terminal of the battery to the other, you can hopefully see that there are two paths (the split occurs at the junctions on either side of R1).

Series means one-after-another current flow (like a series of events or a television serial). Parallel means that current flows through two or more components at the same time (proportional to the component values).

Just as when you measure voltage, where the value depends on your reference point, components can be series or parallel depending on what you are comparing them to:

I see a few answers already, but none provides the definition of "parallel":

Conversely, with "series", you have:

The definitions above also solve the confusion if you only have two components, as highlighted in the comments to this answer. In that case, the components are both in series and in parallel, since the voltage across them and the current through them is the same.

Being in series and in parallel with something else at the same time is not impossible, a very common example can be a voltage generator and its load.

Yes, because there are two different flows:

R1 and R2 have their ends connected to the same nodes.

Figure 1. Remove R2 and V1 and it becomes very obvious that R1 is in parallel with R3.

Yes, R1 and R3 are in parallel. Both their ends land at the same places. As a mains electrical guy I'm not supposed to presume wires are zero ohms, but if I do, this becomes a fairly simple matter. Conductance = 1/resistance.

This shunts a 10V constant-voltage supply, so we can plug 10V into Ohm's Law and done.

Not the answer you're looking for? Browse other questions tagged voltage resistors resistance voltage-divider source or ask your own question.

4
How to find Thevenin resistance of circuit with voltage source and three resistors?
2
Is there a non recursive formula for mixed resistors?
1
Finding Equivalent Resistance
3
Analysing a circuit to determine what is in series or in parallel
0
How to sum resistors in parallel and series?
0
Finding the Thevenin resistance
0
Combined series and parallel resistors -- adding resistors
2
Equivalent resistance of a circuit
0
Position of the voltage source with parallel resistors
3
Why are these resistors between different nodes assumed to be parallel