I am high school boy, our teacher gave us circuit and we have to find out the equivalent resistance. 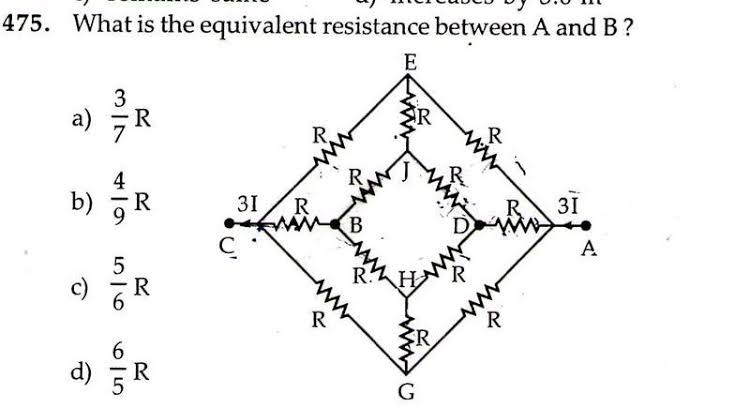 Our professor gave us idea that we can solve this question either by either superposition principle or symmetry I do not what he want to say by this, symmetry for the same current carrying resistance. Am I right is there any false in my thinking. Till now I have only study the kvl.

Edit:) I am not asking the answer of the question, I just want to know what is this superposition, or symmetry concept.

Let's take a symmetrical view of your first schematic: 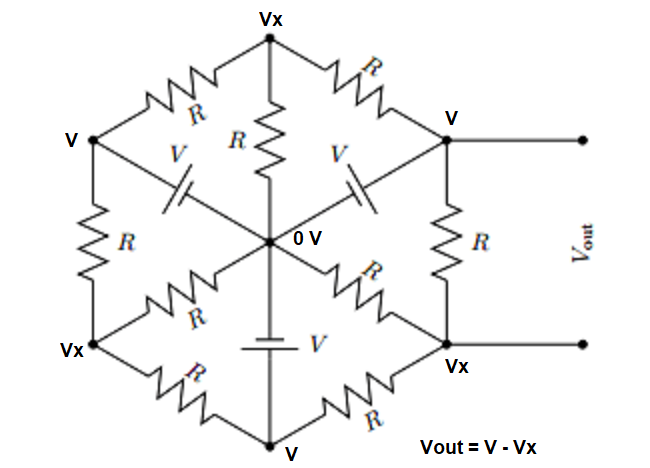 It shouldn't be very difficult for you to see that the above nodes are labeled correctly and that \$V_\text{out}\$ is accurately stated. That will be the Thevenin voltage for the circuit.

Now, imagine what might happen if you shorted out those external terminals: 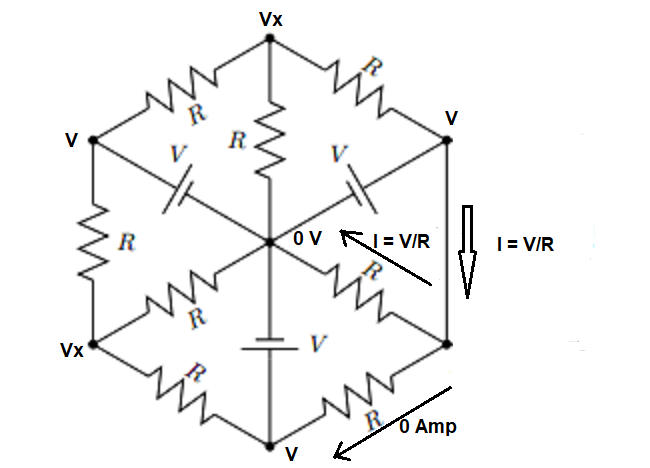 So the use of symmetrical ideas can make this pretty easy to test out.

Your second problem can be solved using KVL by forming loops and simultaneously solving the equations for the voltages after you "inject" \$1\:\text{A}\$ into the two given nodes (either direction is okay, your choice) and see how that affects those two node voltages. (Obviously, they are the same before you inject the current since there is no power source in the 2nd circuit, to start.) Or you can apply a voltage at those two nodes and again solve your KVL current loops simultaneously and then find the voltage supply's resulting current. Either works.

But, as a comment from Andy suggests, the 2nd circuit is merely a cube where each of the vertices are connected along the edges with resistor \$R\$. If you think about it that way, do you see that node \$B\$ and node \$A\$ are at diametrically opposite corners of the cube? Does this suggest to you that there is a very simple symmetry to be had, given that fact? Think about it?

(I think your teacher enjoys symmetries and has a more geometrical way of thinking, than an algebraic one. A teacher who is more algebraic wouldn't care so much to create such self-simplifying geometric puzzles and would just push your algebraic manipulation skills, instead.) 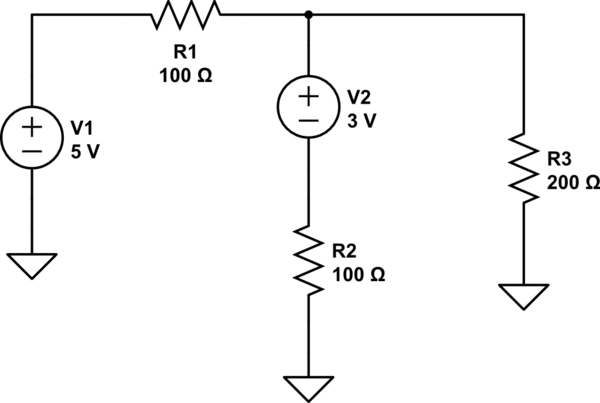 This is an example of a basic circuit. Say you want to calculate the current flowing through R3. You can apply Kirchhoff's (or simply simulate the circuit) to find out that the current through R3 will be 16mA. Let's apply the superposition now: You calculate I(R3) only when one of the two voltage generators is acting, while the other is substituted with a short circuit. 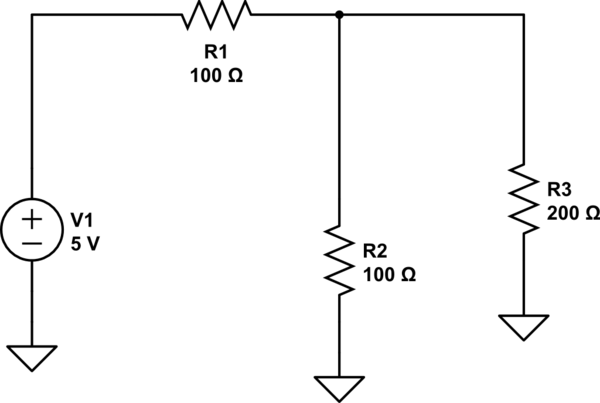 In this case the current flowing through R3 is 6mA. Now you proceed substituting V1 with a short circuit and calculate I(R3). 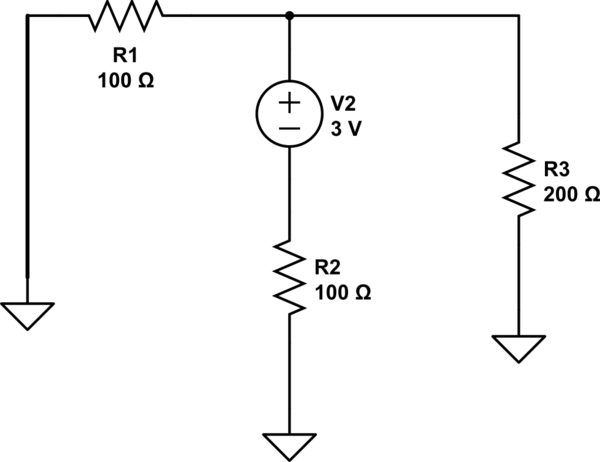 Best of luck with your homework ;)

Not the answer you're looking for?Browse other questions tagged circuit-analysis resistance short-circuit or ask your own question.

3
How to do Mesh Analysis with Current Sources?
2
What Happens to Unit If We Divide Two Resistance
3
Resistor enclosed between the same node
0
Thevenin Equivalent Network: How to treat Capacitor across 0v potential, with Dependent Sources?
1
Ultra simple circuit (2 Resistor, 1 Voltage, 1 Current): Kirchhoffs Laws don't give the solution; Superposition, but how?
0
What's the reason for this symmetry argument?
0
Calculate Norton equivalent in a circuit with a voltage controlled voltage source
0
Defintion of equivalent circuit
0
Equivalent circuit and substitution