Where can I find more information on this mysterious IC? (V100 ZJ51VMP)

I'm trying to identify this logo/part, I've searched combinations of the letters that appear on it as well as IC manufacturer logos and didn't have much luck. At one point I was pointed to a "display processor" site but I can't seem to find it again. Here is the image: 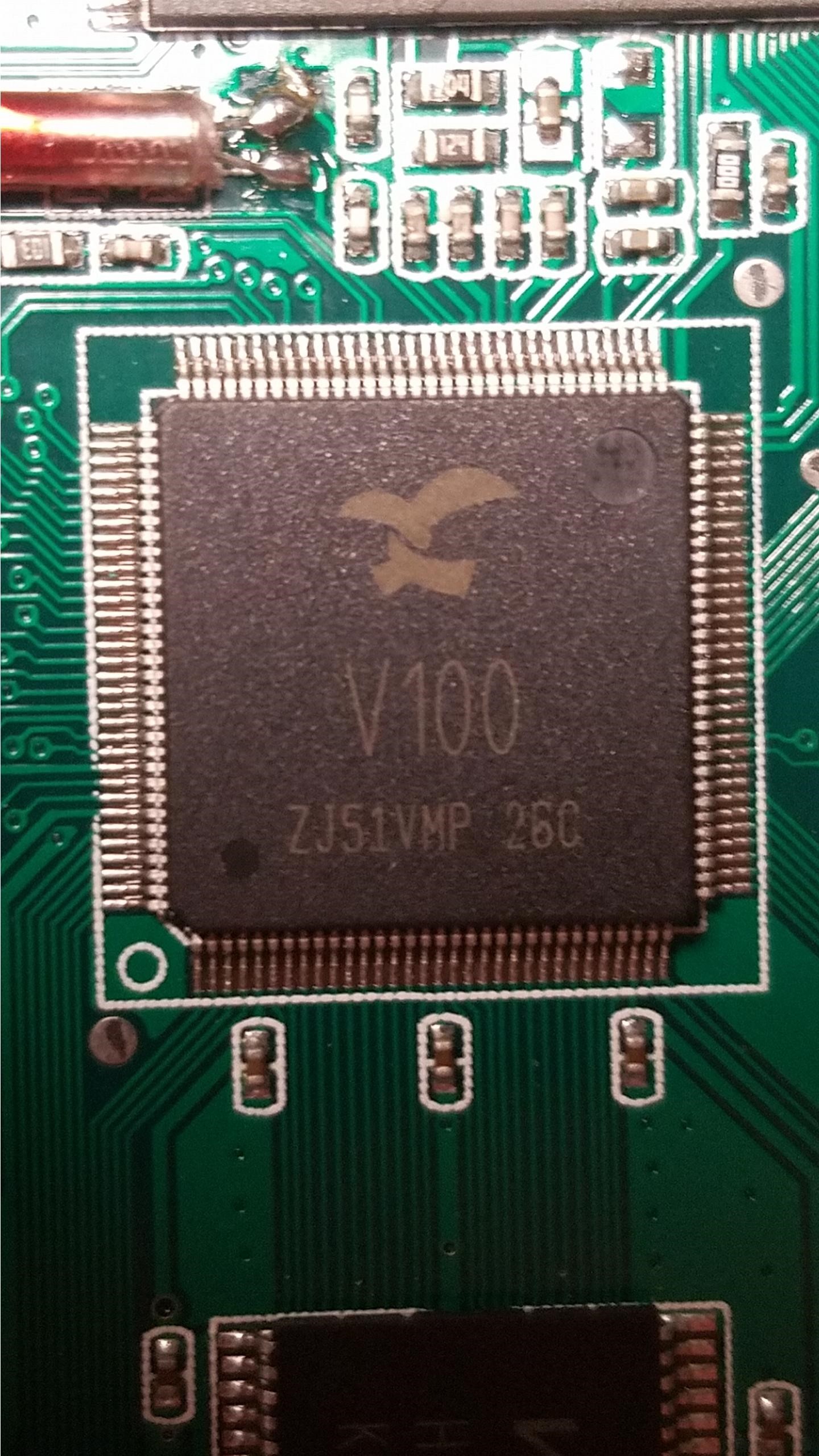 There is a USB port with the power pins running to this chip. I supplied 3.3V with my programmable power supply, it appears its is drawing about 300 mA. The display turns on, displays a lightning bolt graphic/animation, as if the battery is charging, and that's it.

Other info: A rather unique device was turned into lost and found and no one has claimed it, so it was turned over to the hardware lab to properly dispose of it--but I'm curious, what is it?! It is a device that has a lithium ion battery, some push buttons, a small speaker, a panel display (HYB070HD), and a 2Gb NXP RAM component. None of it is in an enclosure, rather its a circuit board glued to the back of the display with the push buttons dangling by wires soldered t other.

This is a V100 chip from chinese IC company Actions Semiconductor.

The chip function is described in this press release:

1
What is this socket name and where can I buy the female counterpart?
4
Could I connect USB wires to this mysterious device?
0
Where can I find a transistor similar to a 2n 3904?
2
Getting more information about a transformer
14
Can anyone identify this IC
0
Getting more information about PH brand transistor manufacturer
2
Where (under what name) can I find these breakable female pin headers?
5
Can you find the datasheet for this IC