How can I reduce noise caused by shift register updates?

I have a couple of designs using 74HC595BQ-Q100,115 shift registers. Some are using the SO-16 package, some the DHVQFN16. Some have five shift registers, some have three. ALL have a significant noise spike when the data is loaded to the output register. I am completely sure that it's not the update itself. Series resistors limit the rise and fall times of the control signals to values that are slow but within the chip data sheet, and if I disable the output update, the noise does not happen even though I'm re-writing the shift register.

I've gone as far as internal engineers at Nexperia who confirm that the SR itself is causing the noise "oscillating during update". The footprints for both packages don't support getting the bypass caps any closer than I currently am, and I've tried bypasses from 1nF to 10uF, multiple caps.. I can't afford the room for X2Y caps here, and no guarantee that that would solve the problem.

The outputs go to an LED display through series resistors. All that is within package ratings, and I can't change the output current demand. I have seen that the noise goes away if I completely disconnect the outputs, but even 4.7K resistors in series produce almost as much noise as the 68 ohm resistors currently used.

The frequency of interest is in the 100's of kHz so shielding materials work particularly poorly down there. I've tried Mu metal, Finemet, flexible ferrite.. Nothing makes a noticeable change.

As you can see, I'm forcing all the current in both VCC and GND paths to go through the capacitor pads, not even allowing a "T" connection.

I've actually toyed with the idea of using a programmed ARM here, I can get one in a very similar package, internal clock, and even at the same price! However that's a bit of a project with no guarantee of success. 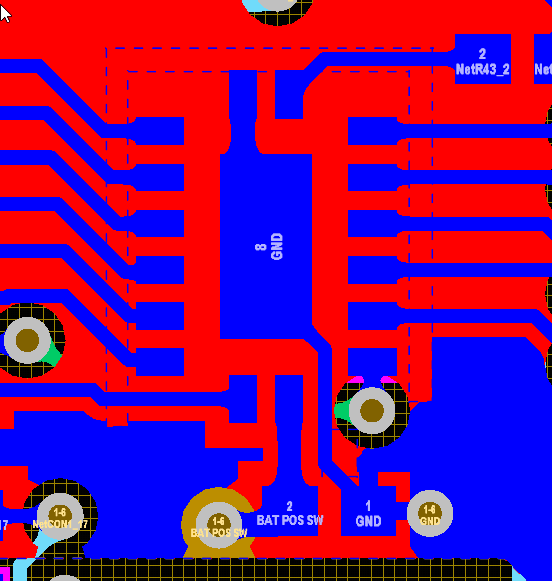 I would double the vias of the decoupling capacitor to take the via inductance in half. I would also use an X2Y capacitor with much lower ESL (and ESR), they short high frequencies out much better than normal capacitors. I would also try an locate the capacitor closer to the ground of the shift register as the current has a longer path to take to get outside of the part, this also adds a small amount of parasitics.

Parasitic inductance on Vcc is not noticed as much as ground inductance.

Make sure you have a good continuous ground plane on one of the layers (which I'm sure you do, just not apparent in your post) 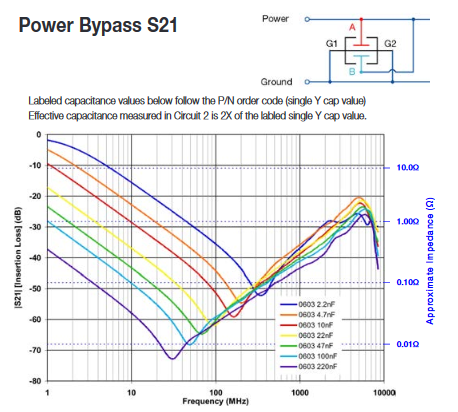 You must define the noise spectrum by risetime, pulsewidth at 50%V.

There are over 50 types of decoupling caps.

Do you have the wrong caps?

You may be picking up false noise.

Do you have the proper test method?

Do you have the best layout?