Is the parasite mode of a DS18B20 less power consuming than the normal mode?

I'm trying to make a few small temperature sensors for in our house and want to go for "low powered battery operation".

My current plan is to use esp-now in the esp8266, deepsleep between measurement and use a ds18b20 to measure temperature.

Initially I though to use the parasite mode of the ds18b20, as you can turn of the sensor when not used. However, depending on the accuracy (lets say 12bit) you need to wait 750ms (while keeping the pin high) before you can get the results. Looking at the data sheets, it seems this might be the wrong tradeoff? (750ms of a running esp8266 at 15mA)

So, my question, would it be better to just connect the ds18b20 directly to power, as it's standby usage is max 1uA and deepsleep the esp8266 during the Tconv?

I plan to measure temperature once a minute.

Except for the obvious difference of deepsleeping during the Tconv, I thought of the following differences:

As both scenario's will include sending the measure request, getting result, sending it using ESP-now, I think that those aspects can be excluded from the question? (if you have a useful tip, be sure to leave a comment ;-) ) 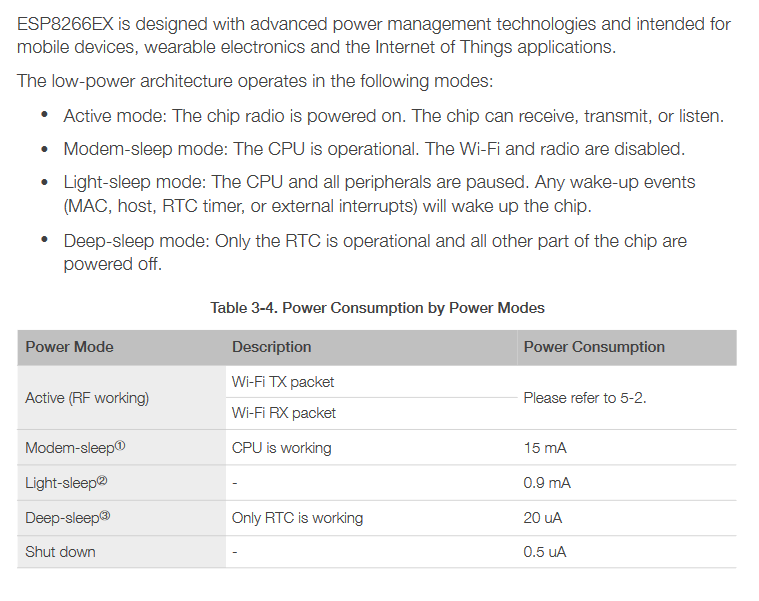 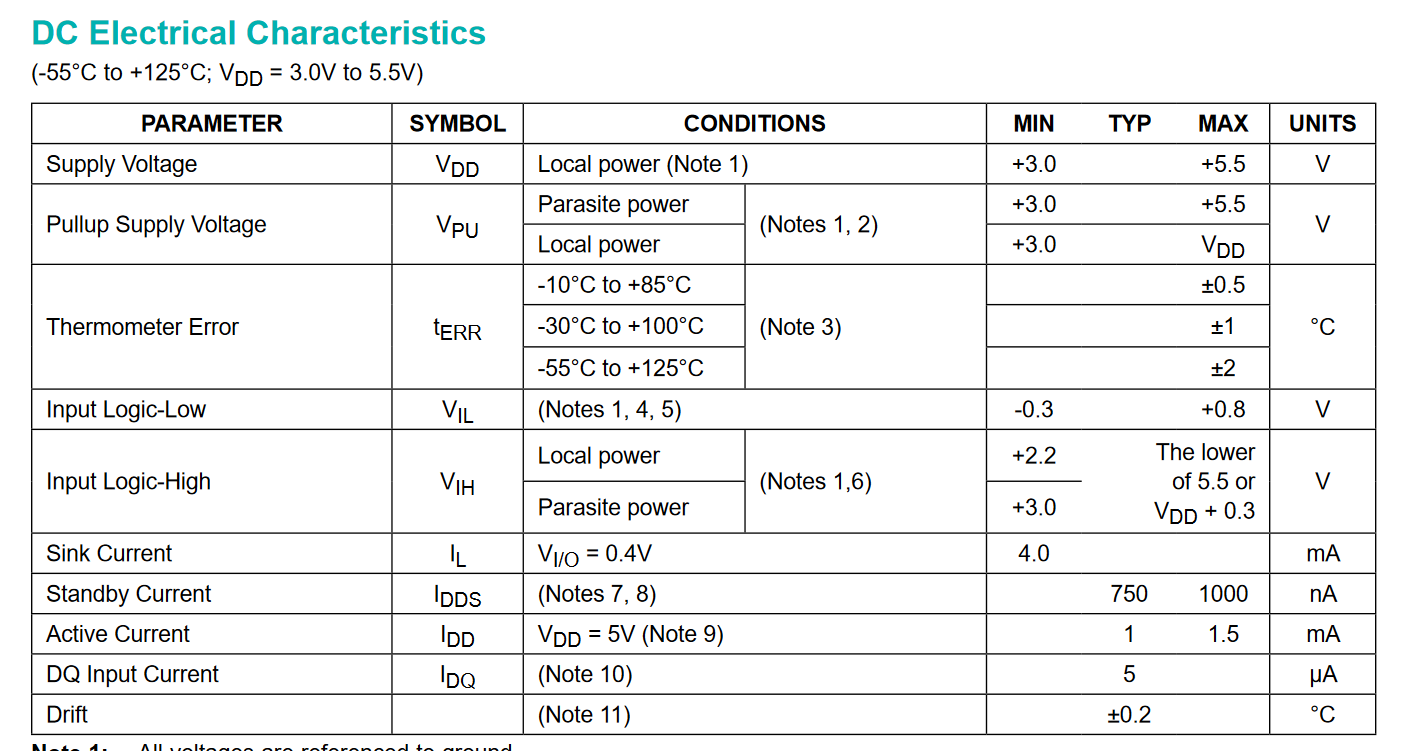 What average power consumption do you get in parasite mode and what in active mode? Just do the math.

Be aware, that the DS18B20 is charging an internal capacitor for voltage buffering when beeing in parasitic mode, so I don't think you will reduce power consumption with it (also the datasheet suggests to drive the dataline with a FET to strong HIGH during aquisition to deliver enough current).

Some rough calculations:
With a standby current of the sensor of 1µA the consumption is neglectable in comparison to the ESP. During these 750ms of "unnecessary" on-time the ESP is drawing as much energy as the sensor is drawing during 15,000s (more than 4 hours).

// Oh, I somehow did not see you specified \$f_S \$ with once per minute. In this case, I wouldn't bother using parastic mode.

But anyhow: Even in deep sleep your ESP is drawing 20µA. This means, if you get rid of the additional 1µA from the sensor your stand by consumption will go down by only 5%. Not worth it, I think.

Not the answer you're looking for? Browse other questions tagged temperature low-power esp8266 or ask your own question.