I'm just experimenting with rectifying a 120v to 12v dual winding transformer and smoothing it out two a dual rail power supply while I work towards attempting to build a clean power supply. I realized the 12v outputs were too low for my intended purpose, so I decided to just test it out with what I had on hand while I wait for a more appropriate transformer to come and other parts.

I was trying to somewhat emulate the PSU circuit from here: https://www.diyaudio.com/forums/pass-labs/317803-whammy-pass-diy-headphone-amp-guide.html 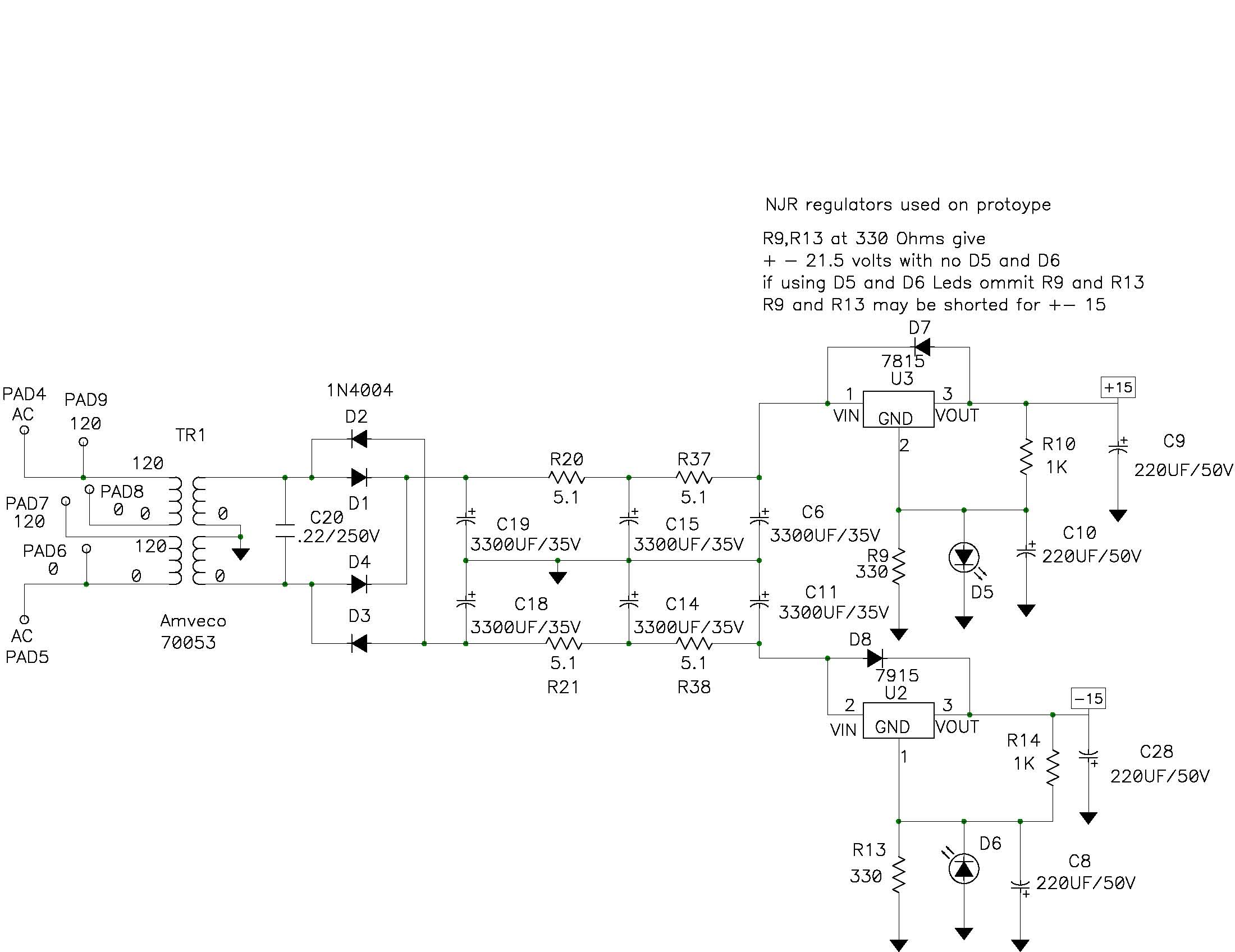 This is what I made with the parts on hand:

With no load, the positive rail measures at ~+11.95v after the regulator. Okay, sounds good. The problem is, when I put any load on it more than a few mA, it immediately sags down to a measured ~+10.8v and varies a lot around that area.

With just an LED and resistor set for 10mA current on the LED, the rail held as if nothing changed. But anything beyond that and it immediately drops out of regulation. The pre-regulator positive rail measures well over 14v (I believe almost 15v) and the regulator has a 2v dropout voltage, so I thought it'd be okay.

What am I doing wrong or not understanding about this? I know to seasoned EE's (I'm just a hobbyist), the capacitor and resistor values probably seem random and not ideal (it was what I had on hand), so please note that I do know the values are probably not ideal. But, I thought it'd be plenty of smoothing through the CRCRC and work similar to the referenced circuit.

The resistors between your filter capacitors are counterproductive. They cause extra voltage drop due to load current, and prevent the later capacitors from charging to peak rectified voltage.

Here's what happens to the unregulated output when a load of 100mA is applied (simulated in LTspice):- 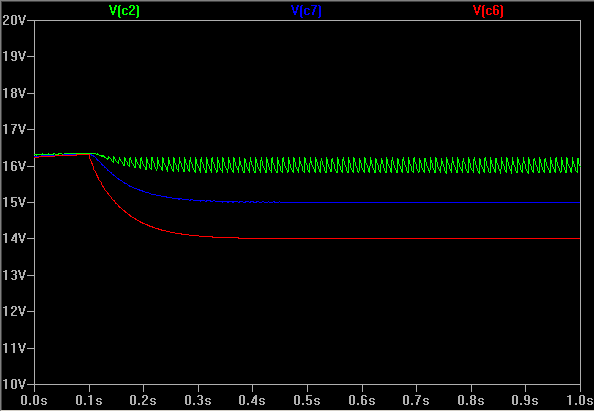 Voltage is very smooth but has dropped to 14V, which is right on the dropout voltage of a 7812.

Without resistors and the 2200uF capacitors paralleled to make 6600uF the unregulated output looks like this:- 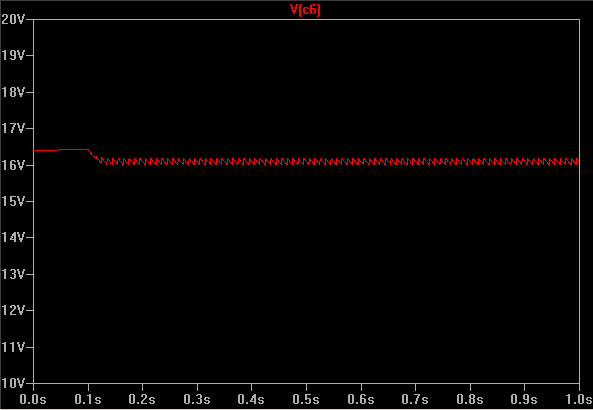 Now the voltage is staying above 16V so the regulator has plenty of headroom. There is a small amount of ripple, but the regulator will remove it.

The pre-regulator positive rail measures well over 14v (I believe almost 15v) and the regulator has a 2v dropout voltage, so I thought it'd be okay.

If the transformer is really putting out 12VAC then you should be getting over 16V with no load. Under load it will drop, but should still be good for up to ~100mA. Transformers usually put out higher than rated voltage when unloaded to ensure that they meet their spec at rated load, so in practice it should be even higher. Lower than expected unloaded voltage suggests either incorrect transformer winding or low mains voltage.

If the unregulated voltage is over 14V under load then the regulator should have enough to work on (at least at currents well below 1A). A meter only reads average voltage so it won't tell you the lower ripple 'trough' voltage, but your circuit should have very low ripple if the capacitors are anywhere near the correct values. So if the loaded regulator input voltage is almost 15V then something else is causing the low output voltage.

What am I doing wrong or not understanding about this?

I assume your transformer outputs 12 V a.c. This means that after rectification you will get 12 multiplied by square root of 2 minus diode voltage drop. An approximate of 15 V assuming about 1 V drop per diode. This is the peak voltage and in theory it is enough to supply the linear 7812/7912 linear regulators and allow them to function properly (3 volts above output).

When a load is inserted in the circuit, the condition to have the input voltage at least 2 V higher than the output voltage of the regulator all of the time is no longer met. Two reasons why this happens:

Not the answer you're looking for? Browse other questions tagged power-supply amplifier audio bridge-rectifier smoothing-capacitor or ask your own question.