I want to protect my circuit against reverse polarity, by simply adding two diodes in parallel between the + and - input cables. So if the polarity is reversed, the current will go through those diodes at high current and blow the fuse. Change the fuse and flip the polarity and everything should be good to go.

The SS34 diode's datasheet says: Peak forward surge current 8.3ms single half sine-wave superimposed on rated load (JEDEC Method): 80A. I'll be using two of these, so total amperage is then 160A.

That should blow the 20A automotive fuse rather quickly, but is it quick enough? Seems the diodes can only allow such high amperage for 8.3 ms, and I don't know if normal automotive fuses will break so quickly.

EDIT: Found this document that has time-current curves for some common fuse sizes.

Seems a 20A fuse will need a whole 0.2s to blow at 160A. And from what I can tell, normal short circuit current of motorcycle batteries are in this range.

If the fuses really are that slow, then it seems impractical to design a circuit that relies on blowing the fuse for the reverse polarity protection.

Two diodes will not be enough, the problem is the diode might be able to handle large amounts of current as it can only handle 3A because you'll be running the diode in a forward current mode. You would need to parallel at least 7 diodes (21A of forward current).

For reverse current protection only one diode is needed.

The other problem is heat, even if you were running 3A, with a 0.5V drop this would be 1.5W of power, the diode would get ~30C above the ambient temperature. The 0.5V drop also a waste of voltage/power.

I would not suggest using diodes at all for high current applications. I would use a pmosfet. Using a mosfet keeps the resistance low when the mosfet is switched on and the current is going in the right direction. In the reverse, make sure the mosfet Vds voltage is higher than the voltage you will be using in your circuit. 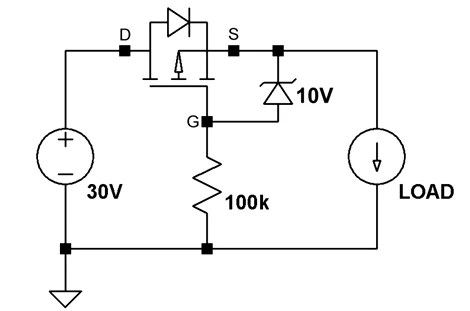 I want to protect my circuit against reverse polarity, by simply adding two diodes in parallel between the + and - input cables. So if the polarity is reversed, the current will go through those diodes at high current and blow the fuse. Change the fuse and flip the polarity and everything should be good to go.

That kind of reverse polarity protection (i.e. based on blowing/replacing a fuse) should be used if it is "really" needed (For example, during 8 years of my automotive electronics hardware design experience, I have been asked to design such a protection only once, and it was a customer's "special request").

Anyway, you have noticed that it may not be enough to replace only the fuse. The diodes may get short even before the fuse to blow. To protect also the diodes, you can use a PTC-based Resettable Fuse. Resettable fuses heats up when a large current flows through them then they become a high-resistive element to block the current flow. They also help to reduce the inrush current drawn from the battery. RFs can be "reset" by letting them to cool down by cutting the power. Depending on the component, they can be easly cool down before you re-flip the polarity and apply again.

You can use an easier and better solution as given in Voltage Spike's answer. That circuit can also be built with NMOSFETs. NMOSFETs are easier to find and cheaper.

When you first apply the supply voltage in correct polarity, the MOSFET is off, the MOSFETs gate and source voltages are undetermined. But since the current will flow through the MOSFET's forward-biased internal drain-source diode (a zener) first, the voltage at MOSFET's source terminal will be nearly zero. After this first cycle of current flow, the MOSFET's gate voltage will be higher than its source voltage. So the MOSFET will turn on and it will short the internal diode then the circuit will operate normally. That is how MOSFET allows the current to flow with correct-polarity supply. If you apply the supply voltage in reverse polarity, the internal drain-source diode will block the current to flow so the circuit will never operate. Please note that the MOSFET's breakdown voltage (VBRDSS) should be higher than battery voltage (e.g. a 40V MOSFET can be enough for your needs).

Not the answer you're looking for? Browse other questions tagged diodes analog short-circuit fuses reverse-polarity or ask your own question.

0
How to detect reverse-polarity post-mortem?
1
Sizing protection diodes
2
Will a 300A HV connector fail before a 600A fuse does?
2
Circuit protection component arrangement
1
Question on fuses specifications
5
Designing reverse and overvoltage protection at 3.3V
5
Overvoltage and reverse polarity protection
0
TVS Diode Selection for Automotive