We are trying to detect mice's licking using a piezoelectric attached to a metal spout tube that delivers water.

It's kind of working in the sense that we can detect licking, but it suffers from strange slow oscillations in the baseline (see screenshot 1 below).

The sinusoidal or spindle-like shape is the baseline signal without licking, and larger spikes are the detected licking of a mouse. As you can see in this image and the one below without licking, the frequency of the spindle-shaped oscillations is slowly fluctuating between <0.1 to 0.25 Hz.

We have tried to fix this problem by trying various ways of grounding, but so far not working.

Couple of things we've considered/tested are:

If you have any advice on this, or have seen something similar, let us know, please! Thanks.

There were comments about the gain change or piggybacking on baseline noise.

I can do a proper analysis using the recorded data later, but for now just a quick look at the screenshot above demonstrates that the amplitude of licking "spikes" subtracted with the "spindle shape baseline noise" is increasing towards the belly of the spindle (see the red numbers; they would be more or less constant if it were piggyback and if the pressure given by licking is stable, but it steadily increased).

We can't be sure about whether the pressure of licking is constant from this small example, but I've seen this pattern of evolving spike height in relation to, or in the spindle-like baseline, and that's why I think it is not piggyback for the moment. 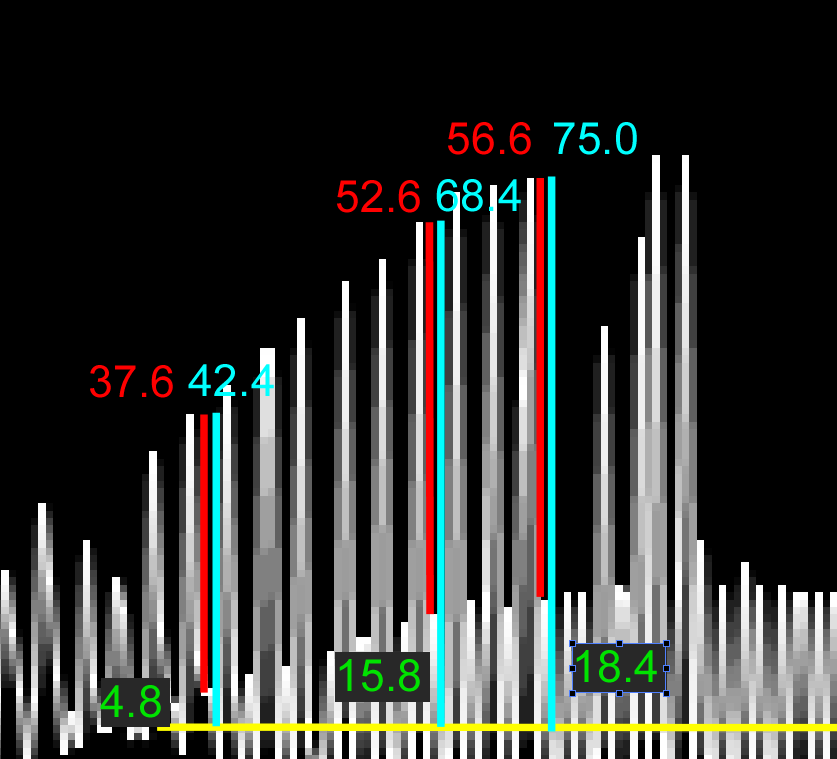 Not the answer you're looking for? Browse other questions tagged noise piezo piezoelectricity or ask your own question.