We have a quite complicated device which runs on Atmega328PB MCU which is incorporated on the analog of Arduino Nano board. User deflects joystick, and MCU controls stepper motor drivers accordingly, also communicating by Bluetooth. Device consists of the following parts:

5 volts for all consumers are supplied by AMS1117 installed on the Arduino board. We have a repeating problem, that after some time of successful operation, A0 input begins to read strange data. We measured the following resistances:

This resistances are reached gradually from normal several M ohms, not in a single step. Our only idea was that protection diodes on the input were fried. 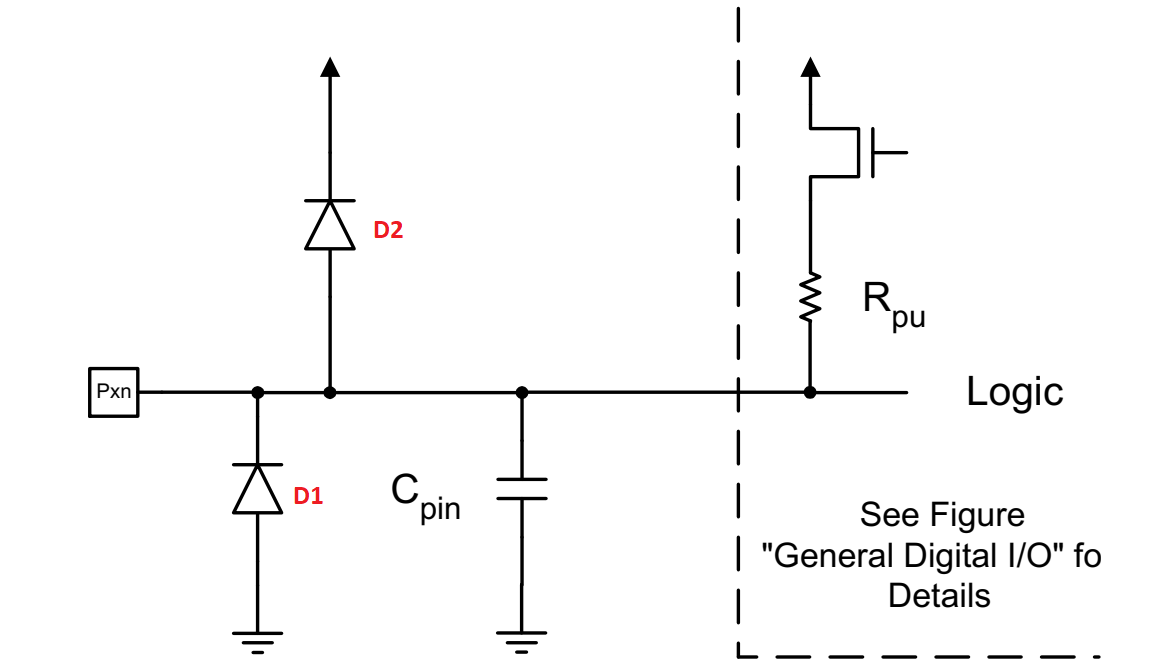 On normal pins values are 0.75V and 0.62V accordingly. Moreover, we noticed that two other input pins (A1 and button D9) are also damaged, but to a lesser extent. All output pins are OK.

What can possibly be a reason of such failure? And what actions should be taken to find it out? 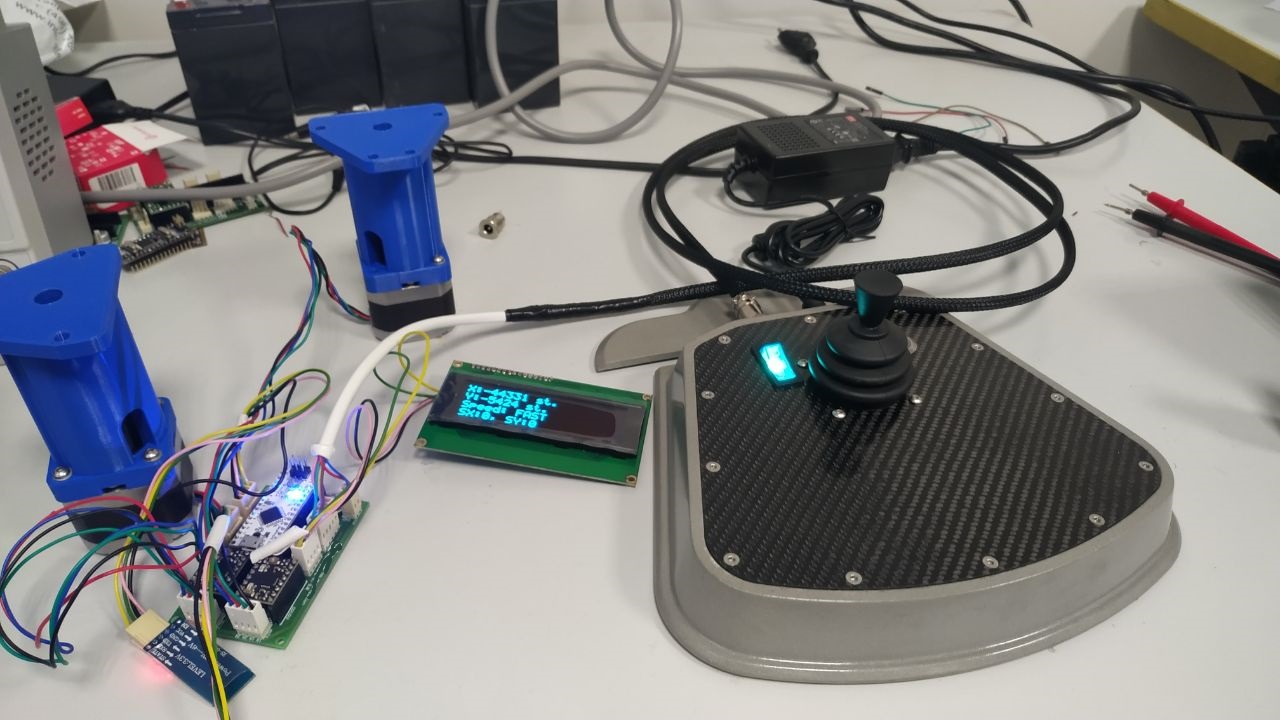 General view. Power (12V) goes to the gray box, from there goes to the main PCB, where onboard AMS1117 regulator provides 5V, which goes back to joystick. When fully assembled, main board with motors and screen are located in a large plastic enclosure. Big rocker switch provides 12V to Arduino regulator. 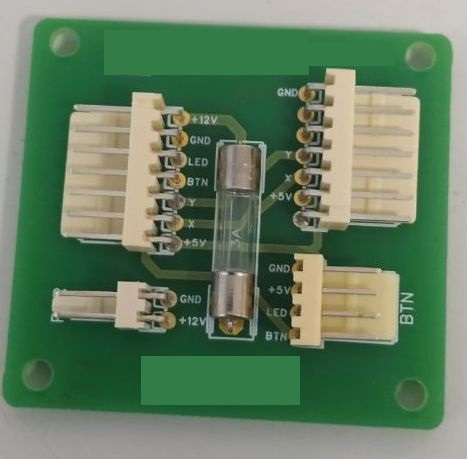 PCB inside gray box. Connects joystick, button with LED, 12V power and a cable going to the main PCB. 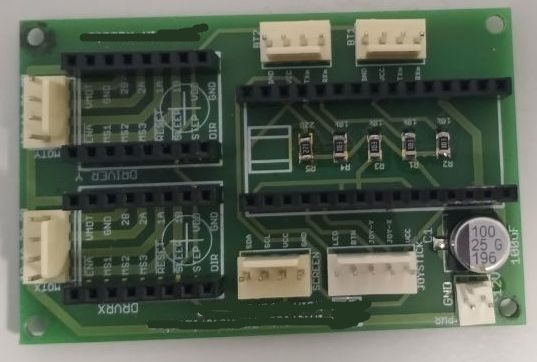 THANKS TO EVERYONE You've guided me to right direction (so I hope). Below are oscillograms recorded during various conditions.

Output of AMS1117 5V regulator after turning on main switch

Voltage in analog input after turning on main switch. That's probably the perpetrator: undershoot down to -1.28V

Even worse if I disconnect joystick output from the analog pin. Voltage goes down to -5V. I believe that when connected to MCU, protection diodes are dying while trying to clamp this voltage.

If I power up a standalone joystick (not connected to anything), signal on it's output demonstrates normal behavior. When system is under normal operation, both 5V and 12V show very high stability under any circumstances (motors idle or running at full speed, BT transmission on and off).

What is causing such dreadful behavior of joystick output, and how to combat it???

While it can't be said for sure, your MCU pins could be killed by ESD. The failure mode you describe can be quite typical for ESD damage. You can test this with an ESD tester, but it's easier to install protection and see if the thing still fails. You can use some TVS diodes rated for 5V on the analog inputs. You can also put some resistance, e.g. 100Ω on the input, to limit the static discharge current, like this:

Not the answer you're looking for? Browse other questions tagged analog atmega or ask your own question.