I'm asked to design a 30W power factor corrector for "dimmable" LED drivers. Here are the most crucial requirements:

I have designed one with FAN7930C and prepared a prototype circuit for testing. Here's the schematic:

It works fine as expected in terms of power factor correction. However, the circuit can't comply the THD requirement. Actually, the circuit keeps the THD below 10%, but only when it is under full load. Lowering the load causes the THD to increase.

Below are the power, PF and THD measurements (taken with a Rohde & Schwarz HMC8015 Power Analyzer) and scope images (taken with Tektronix MDO3012 Digital Oscilloscope) of the input current waveforms (the voltage across the 10R fusable resistor, R100): 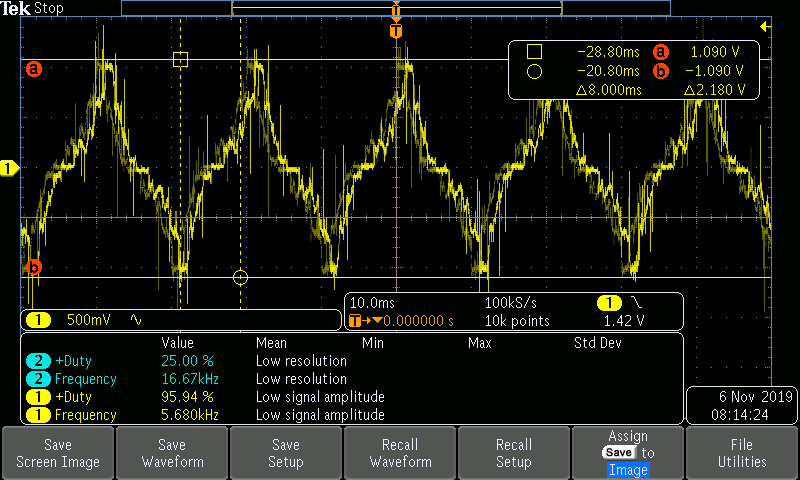 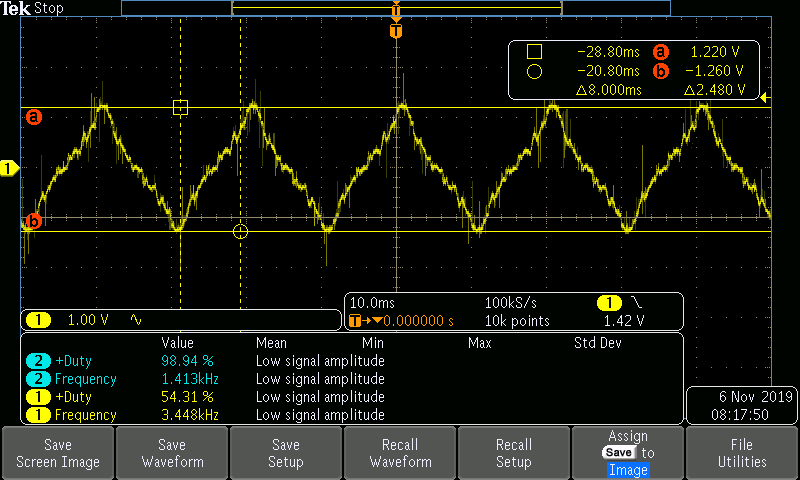 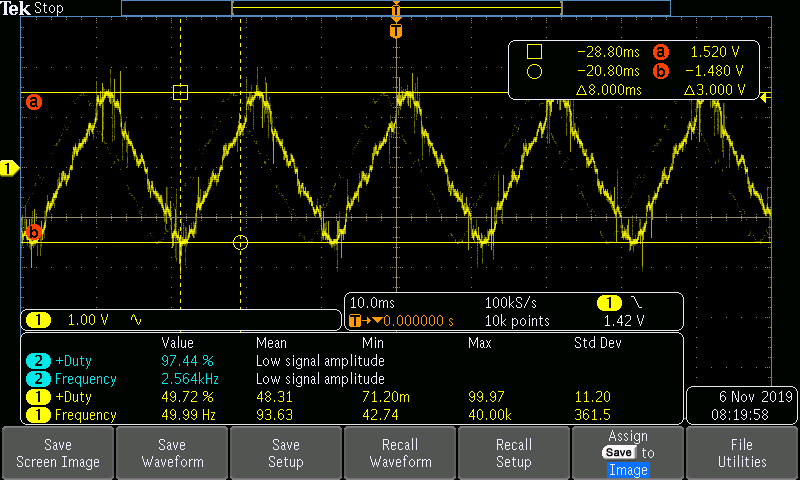 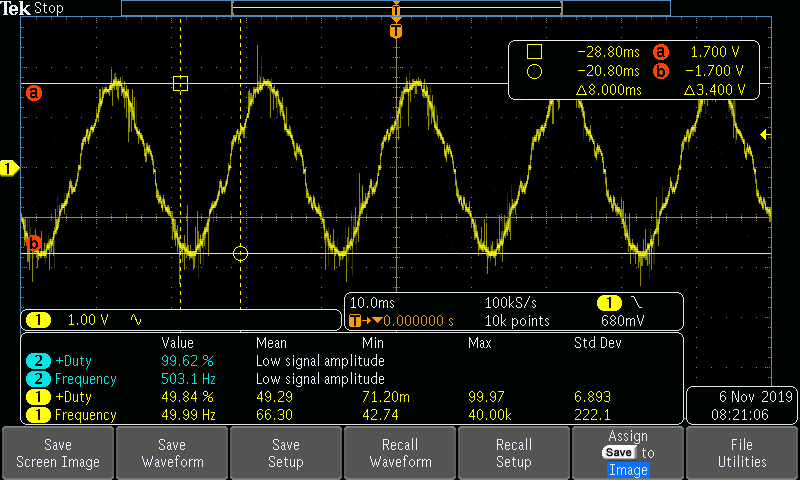 Here are what I've tried so far:

What am I doing wrong? How can I improve the THD performance?

Thanks for adding the scope waveforms. So, in general, the current waveform is becoming more triangular than sine at low loads.

According to the datasheet, the waveform on ZCD is quite crucial to THD control. I note that your power supply circuit (between the aux winding and the VCC pin) is quite different from what is shown in the datasheet.

They show a circuit that is AC-coupled and incorporates a series resistor to limit the current drawn by the power supply. Yours has no current limiting, and the input diode effectively clamps the positive peaks of the aux winding.

I have a feeling that these differences are the root cause of your THD problems. The next step would be to take a close look at the voltage waveforms directly on the aux winding and on the ZCD pin at various loads and compare them to the diagram shown in Figure 28 of the datasheet.

Not the answer you're looking for? Browse other questions tagged total-harmonic-distortion thd or ask your own question.