I am trying to drive a Carrera Digital car (brushless DC motor) using an Arduino and an L293D h-bridge motor driver. My schematic is the following: 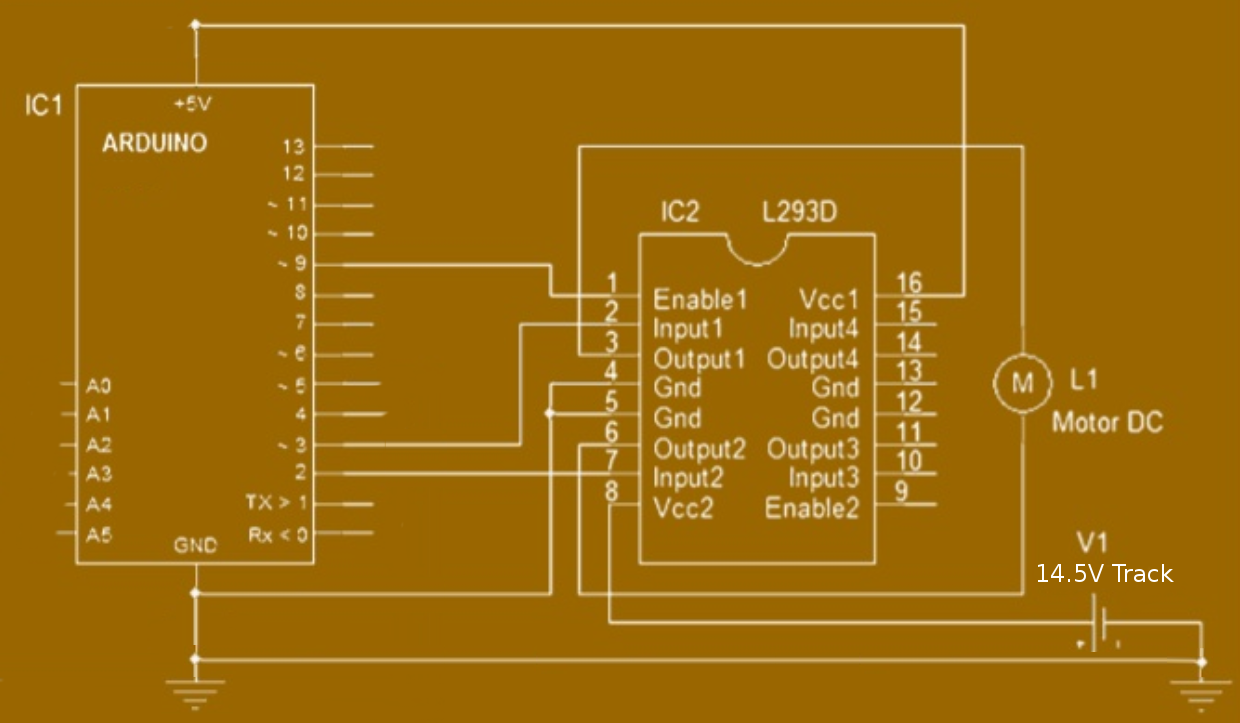 I have also connected an IMU (GY-521 MPU-6050) to the Arduino, and the "Arduino" I'm using it's a chinese "Arduino Nano". The Arduino has an isolated power supply, but the ground is connected with the ground of the 14.5V track.

When the Arduino freezes, it's still ON and outputs the last PWM signal it was instructed to. However, it doesn't run any additional code (Serial doesn't print, leds don't change, ...).

This is a snippet of the code:

I think that this is a hardware issue related with the noise introduced by the motor or something like that. (The Carrera Digital track has signals on top of the 14.5V, but I have tested the system using an external power supply instead of the track, and it still freezes).

I tried adding a capacitor between the motor pins and another one between Arduino's VCC and GND, but it didn't work. Adding more capacitors seems to make the program last longer, but it eventually freezes.

Lowering the frequency of the PWM output seems to help a little and makes the program last longer. But it eventually freezes.

Using a mosfet instead of the L293D driver doesn't fix the problem.

If it's a noise problem, I thought about using a circuit like this, with an optocoupler, in order to isolate the Arduino even more, but I don't know if it will work:

I didn't attempt to remove the IMU (maybe the noise is entering through the IMU), but I think that it would have no difference.

Thanks in advance for all the help (And yes, I have tried adding more and more capacitors to the motor pins).

After that many attempts to solve the problem, the soldering is very messy. However, here are some images of the setup: 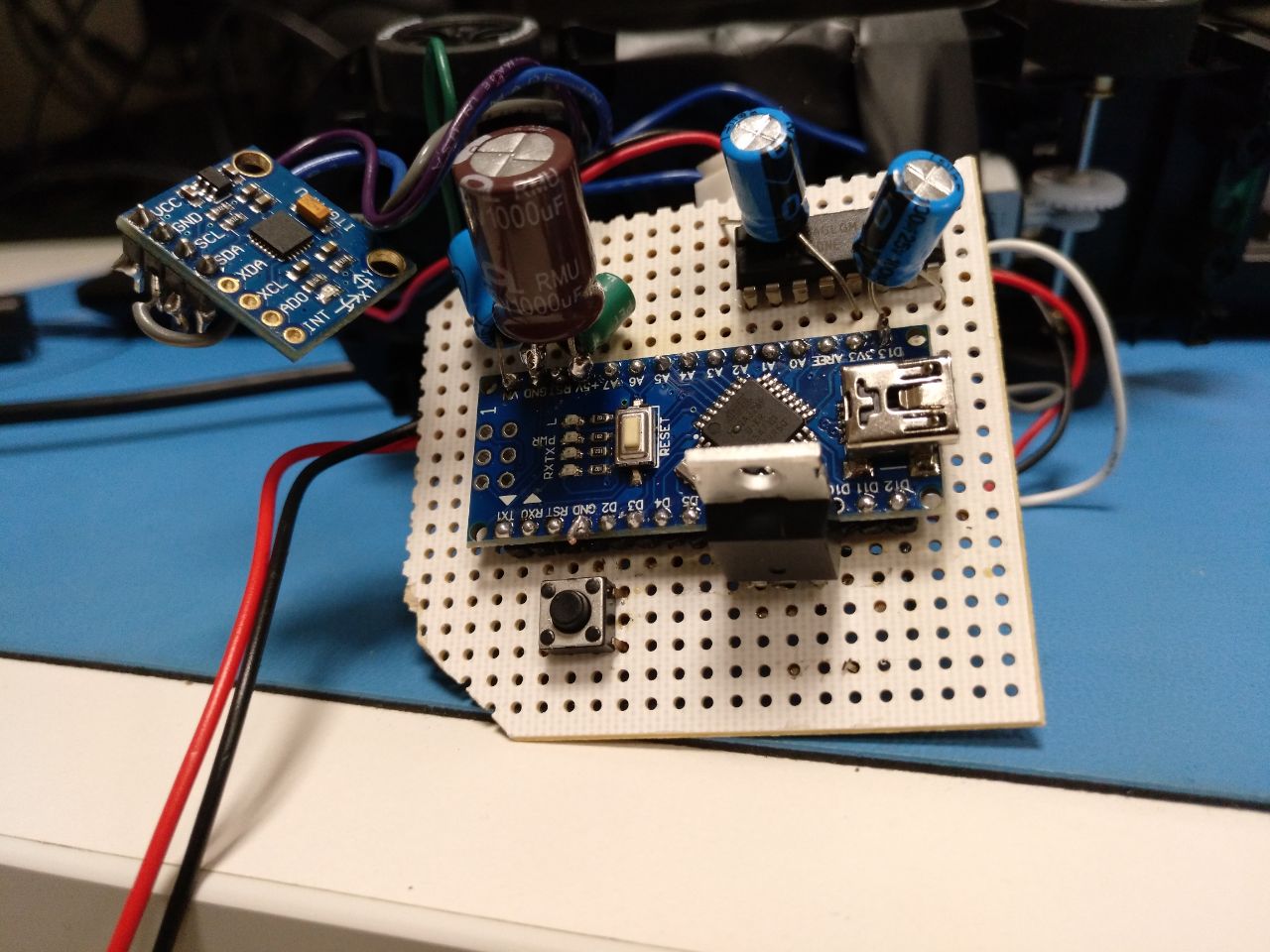 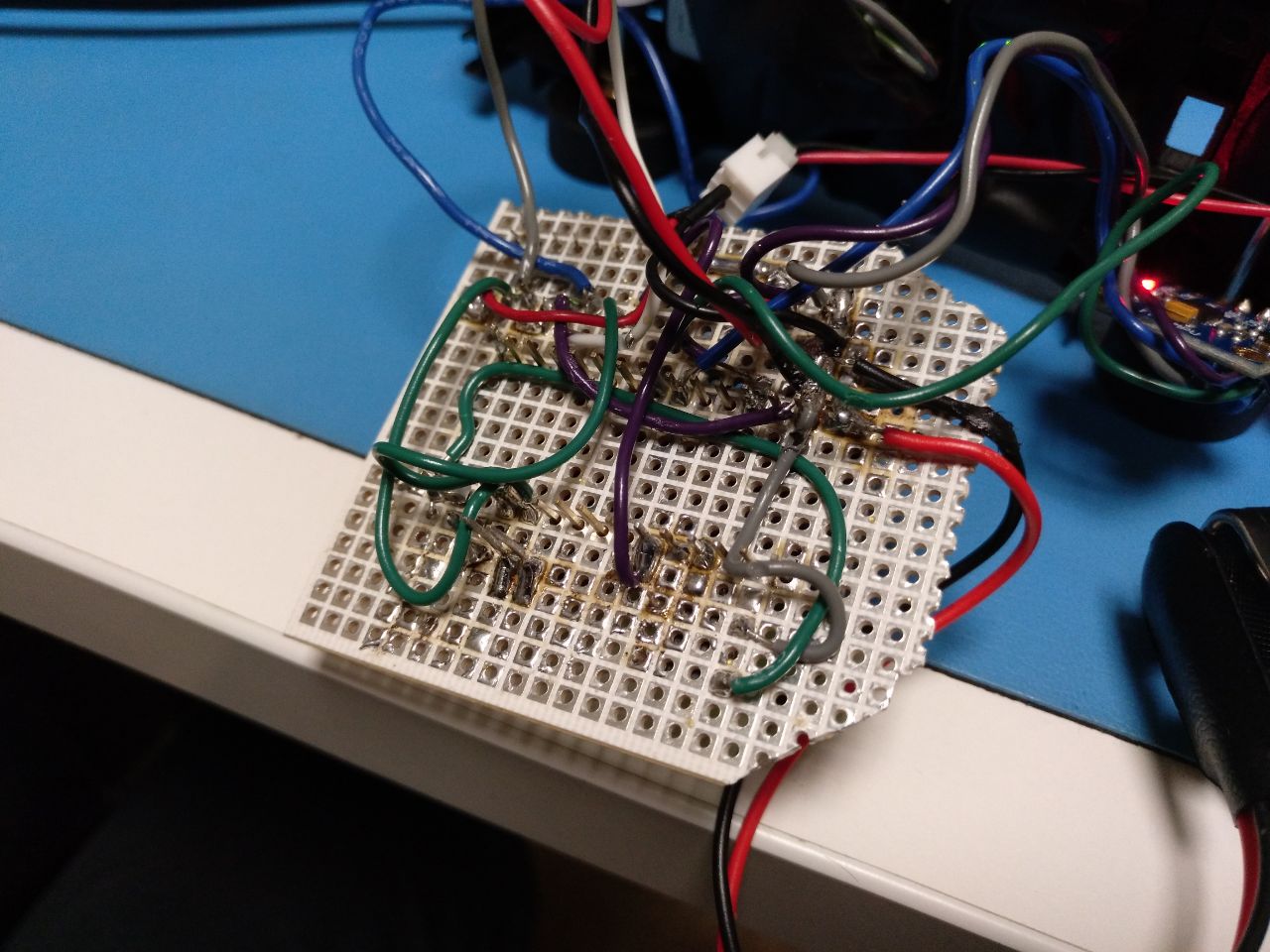 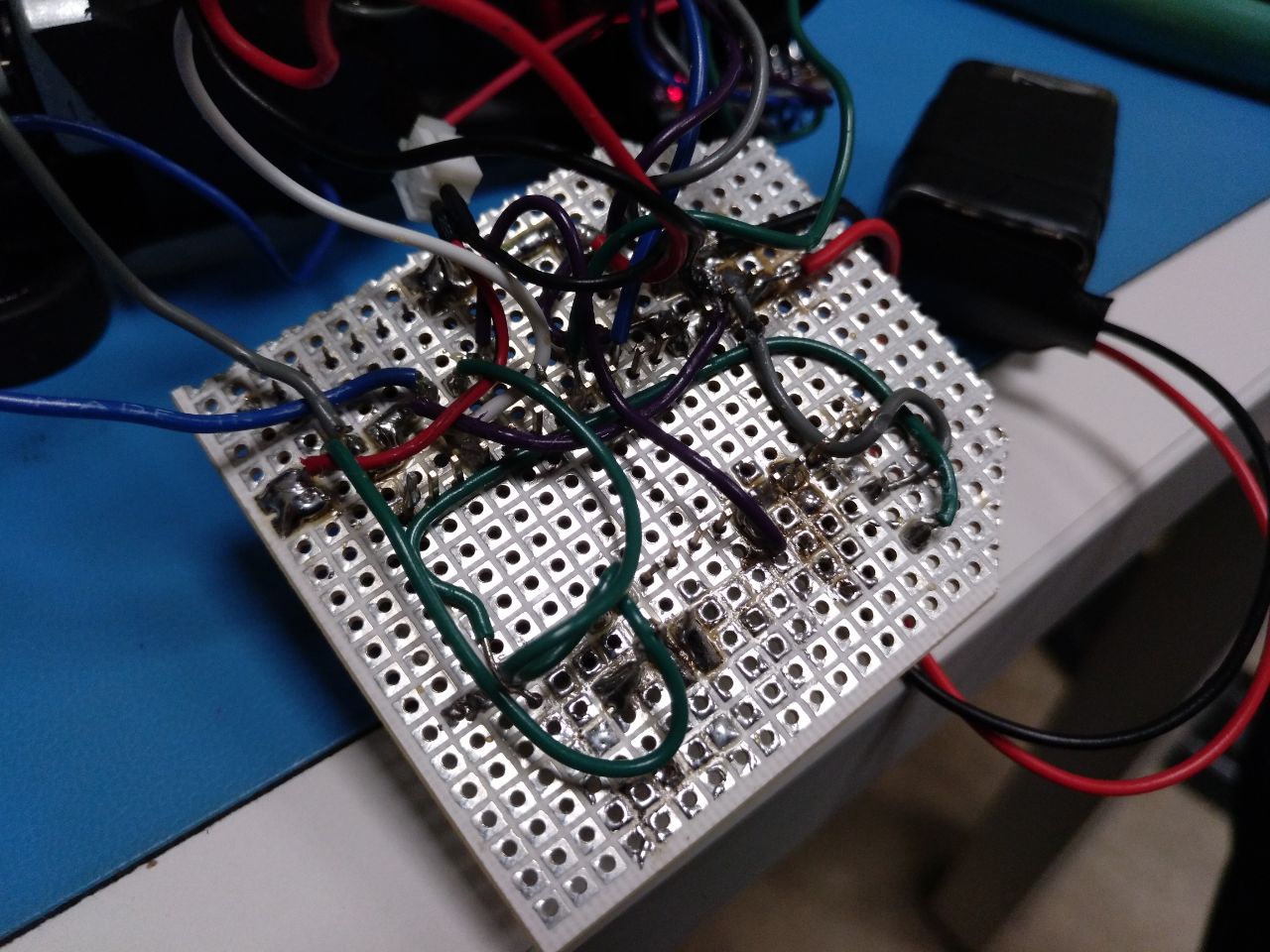 The 14.5V cables are the red and black one from the top. The IMU has the purple, gray, blue and green cables of the top-right corner. The blue and gray cables of the top-left corner are the motor ones. And, on the top, there is a IR sensor with red, black and white cables. Hope this helps.

2
Arduino: Delay of 1ms necessary between Serial.read and Serial.write?
1
Arduino Uno - Bluetooth over Analog
2
How can I find and remove servo/motor noise from this audio amplifier?
0
problem of transmitting data from serial device to bluetooth on Arduino
4
Problems with Arduino PID tuning on DC motor
0
Arduino is not getting power from adapter or Vin
1
IMU Roll Angle - Correct when Stopped, Wrong when Moving
0
MPU6050 data go crazy while transmitting via HC-12 radio