Confusion regarding the term“locking” in PLL

I am trying to learn PLL from a website 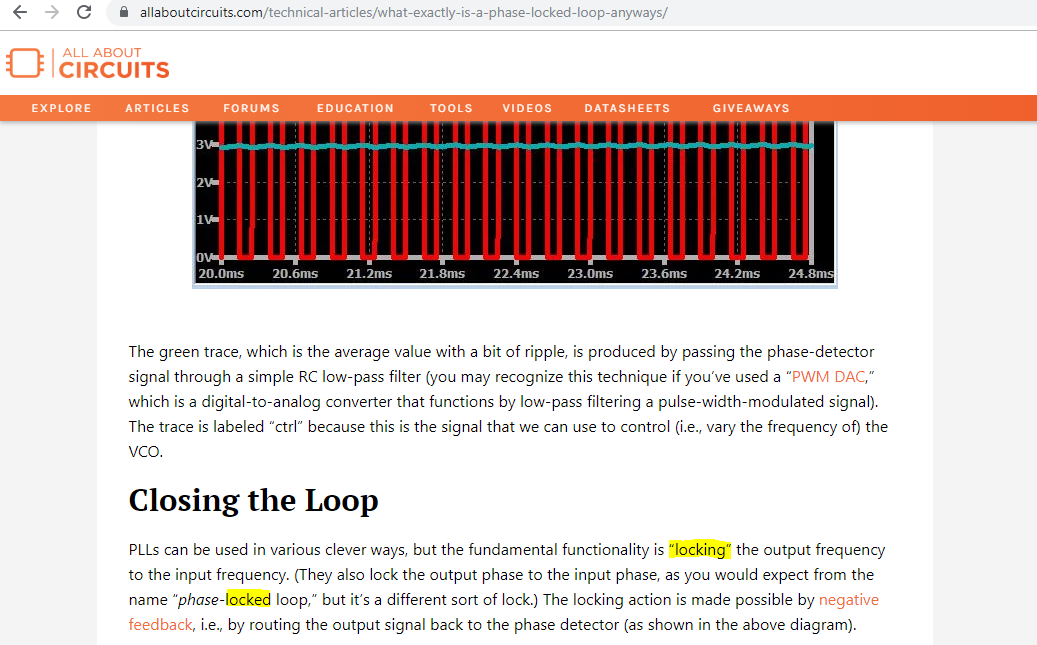 I came across a sentence containin[g the term "lock" twice ,1st for frequency and then for phase as shown highlight in attached photo

What is the simple meaning of "lock" in both these scenarios of phase and frequency?

With such a phase detector, the loop will strive to make the phase difference (between \$\phi_1\$ and \$\phi_2\$) zero. When that is achieved, the PLL is locked.

Then the rising edges of \$\phi_1\$ and \$\phi_2\$ occur at the same time. That then also means that their frequency is the same.

Not the answer you're looking for? Browse other questions tagged communication digital-communications pll terminology or ask your own question.