I've got a voltage regulator in a circuit, along with its recommended protection diode: 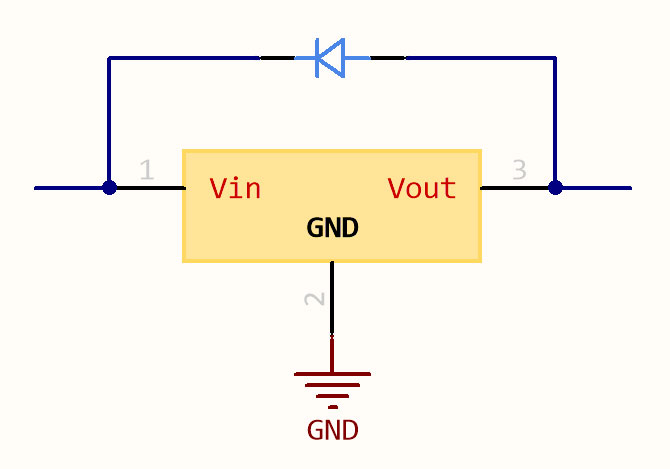 On my PCB, I'm using large copper pours for the Vin (Pin 1) and Vout (Pin 3) connections, as these are used frequently in other high current components in the rest of the circuit.

Can I simply place the protection diode near the chip - with its terminals connected to the Vin and Vout planes as below? Or should I be routing traces specifically to isolate the diode/chip from the pours (forcing the diode to be the "gateway" to the pours for the chip?) 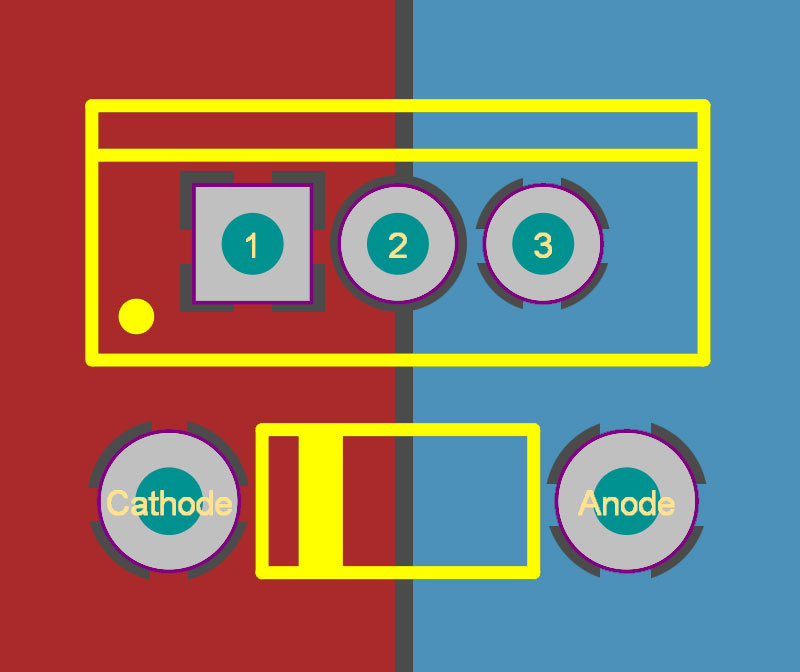 That diode is merely to protect the regulator chip in the event that Vin ever becomes lower than Vout. This is usually at power down and depends on the loads. It's not high frequency, so layout is not that important. What you have will work just fine.

Can I simply place the protection diode near the chip - with its terminals connected to the Vin and Vout planes as below?

If you want to visualize what is happening, a way I would recommend would be to get a pcb trace calculator and find what the actual values are, then 'draw' the parasitic values into your schematic and see what difference it makes.

A 15mil trace about 100mil long has a resistance of ~3mΩ, with a plane connection, the resistance is lowered further because there is more copper and less resistance. 3mΩ in this application is negligible. If you doubled the distance, that would be 6mΩ, nothing to worry about.

With a plane connection the parasitic resistance is also reduced between the diode and other areas of the PCB, I would think that in almost every case a plane would be better for less resistance to the diode.

Not the answer you're looking for? Browse other questions tagged pcb voltage-regulator diodes copper-pour or ask your own question.