I have a 3 phase geared induction motor. The name plate is below image. I couldn't find any datasheet from internet.

Explain me parameters that on nameplate for entering to VFD.

I need to know Rated power.( This has a code. I cant understand that.)

Why two value for cosφ and amperage? 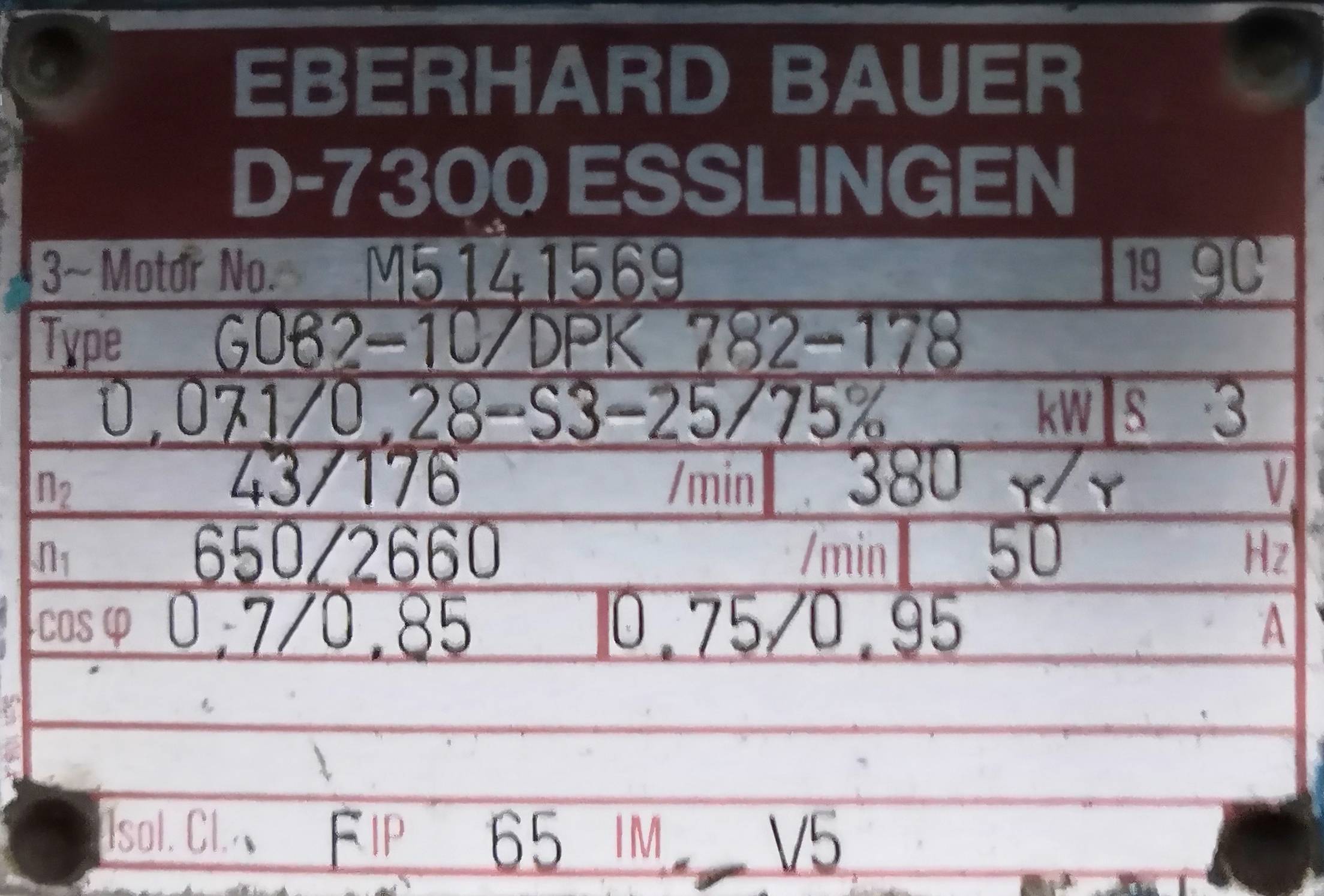 The / provides the nominal ratings at different operating conditions.

The motor is connected internally as a wye (Y), but that has no bearing with how it is connected to the source.

The motor can be connected in delta (Δ) or wye. In a Δ, the line currents will be less.

I need to know Rated power.( This has a code. I cant understand that.)

The two power ratings, 0.07 kW and 0.28 kW are the ratings at the two motor speeds, 650 RPM and 2660 RPM. That would be consistent with two-speed operation with full torque available at each of the two speeds. I believe "S3-25/75% designates a duty cycle. If you search "S3 motor duty cycle" and "IEC" you may be able to find a full explanation.

The duty type S3 is defined as a sequence of identical duty cycles, each including a time of operation at constant load and a time de-energized and at rest. The contribution to the temperature-rise given by the starting phase is negligible.

For the specific nameplate marking that would mean:

The the acceptable load for continuous operation is not defined. However the statement about the contribution of starting to temperature rise implies that the motor can not operate continuously at full load.

The use of IEC duty cycle designation format on the nameplate implies that the IEC definition applies. Some national standard may apply, but the common national standards (except NEMA) seem to be close to the IEC standard.

n1 lists the motor speeds and n2 lists the corresponding speeds at the output of the gear.

Why two value for cosφ and amperage?

The values correspond to operation at the two speeds and power ratings listed.

If is able to run using the delta connection, that should be marked on the nameplate.

This can probably be operated with a VFD using either winding, but determining a safe operating torque at any speed and duty cycle will be very difficult if not impossible.