I've reached the conclusion that all my TL072's and TL074's bought via AliExpress from China are fakes. Both SMD and THT versions. Most likely they are LM324 or similar. The particular problem I've had is the slew rate being waaay off specification, something like 30 times slower than specified which is easily seen in my VCO as the output square wave starts to slew into triangles at around 4 kHz.

I've heard of counterfeits and blacktopping, but this seems like something else. I'm so surprised that there is any money to make out of this. I mean, I pay very little money (€7 for 100 "TL074CDR" for instance). This for a perfectly looking cut strips of 100 of a reel: 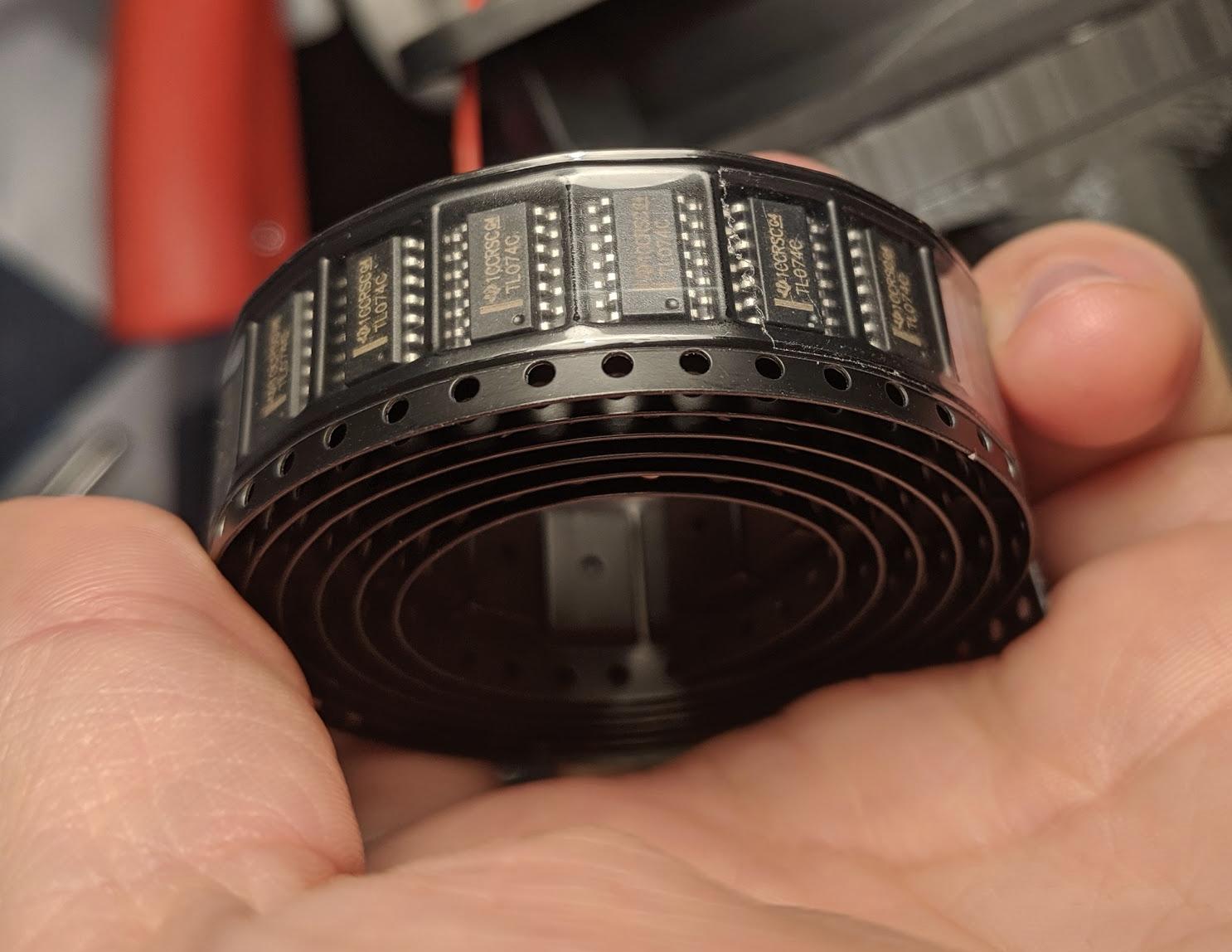 There can't really be blacktopping and re-packaging going on for that kind of money, can there? Can the source factory itself be faking the labels?

Any insight on this? I've tried to google counterfeits and how to spot them, but it seems most sources are old and covers blacktopping and the like. This really can't be it. Factory rejects wouldn't be like this where everyone of them has a way-out-of specification slew rate, would it?

The factory producing the wafer of the IC isn't necessarily the same factory as the one cutting the wafer into individual chips and packaging them in plastic. Packaging can be bought as a service!

As you can imagine, while producing modern¹ wafers is high-tech, there's decades worth of relatively low-tech packaging systems by now, sitting in factories not owned by the high-tech producers.

So, there's enough people with access to cheap machines able to label IC packages. And, as in every industrial setting, there's some trash can where a couple thousand of damaged / unknown state / overproduced / nightly production where the supervisor didn't look very close / … ICs end up that you can relabel.

Um, Arrow sells >=100 pcs for 0.10 € a piece, so that's not that much of saving. My arrow orders basically always arrived the next day, so I don't think you're doing yourself a favor, even if you happened to buy original parts.

By the way, the time-proven TL074 is certainly not the cheapest opamp from its class on the market; arrow, for example, sells single-channel opamps for 3 ct (!) a piece, which is more cents per channel, but I've pretty often used a quad-channel opamp where I only needed 3 channels (or fewer!).

¹ The TL074, from 1979, is not a modern chip; the factories that originally produced it have long been sold (low margins in that sector of low-tech chips!) to companies who are willing to compete on the least-end market, or do custom chip production, or only run for really large runs of cheap ICs.
Share
edited Nov 6, 2019 at 17:47
answered Nov 6, 2019 at 17:39

There isn't a way to spot them until you test them, and the most reliable way is going through proper distribution channels to source parts. This means sticking with major distributors like Mouser, Digikey, Farnell, etc. They buy parts directly from the factory and check their sources. Buying on AliExpress has no protection, and you could be buying anything.

It probably doesn't cost much to relabel IC's. I heard that most counterfeiters don't even try to match the functionality and only match the package. Once they've made the sell, it doesn't matter to them; the money has been made. If you could take 1$ worth of parts and resell it for 6$, you've made 5$ and for some people in China it's worth it.

Source: Is That Part A Counterfeit? Here Are A Few Pointers

I had the same experience with the slew rate being extremely low, Around <0.5V/us. I bought mine in banggood for pennies. 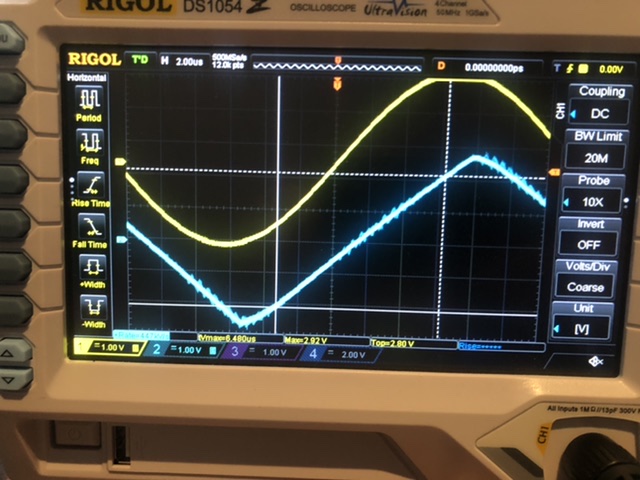 Fortunately I had genuine ones from TI to compare with, giving the expected > 16V/us.

Not the answer you're looking for? Browse other questions tagged integrated-circuit identification components or ask your own question.