I have a few questions about modeling an RFI filter in LTspice with a triac-based dimmer circuit. I'm referencing the circuit described in Figure 11 in Triac Principles and Circuits -- Part 2 (Nuts & Volts Magazine), which uses an LC filter on the input.

When I run the simulation without the LC filter, the waveform looks like a "textbook" chopped triac output. When the filter is added, there are high-voltage spikes at the trigger points. If you zoom in on these spikes, the response is an underdamped oscillation, as one might expect. 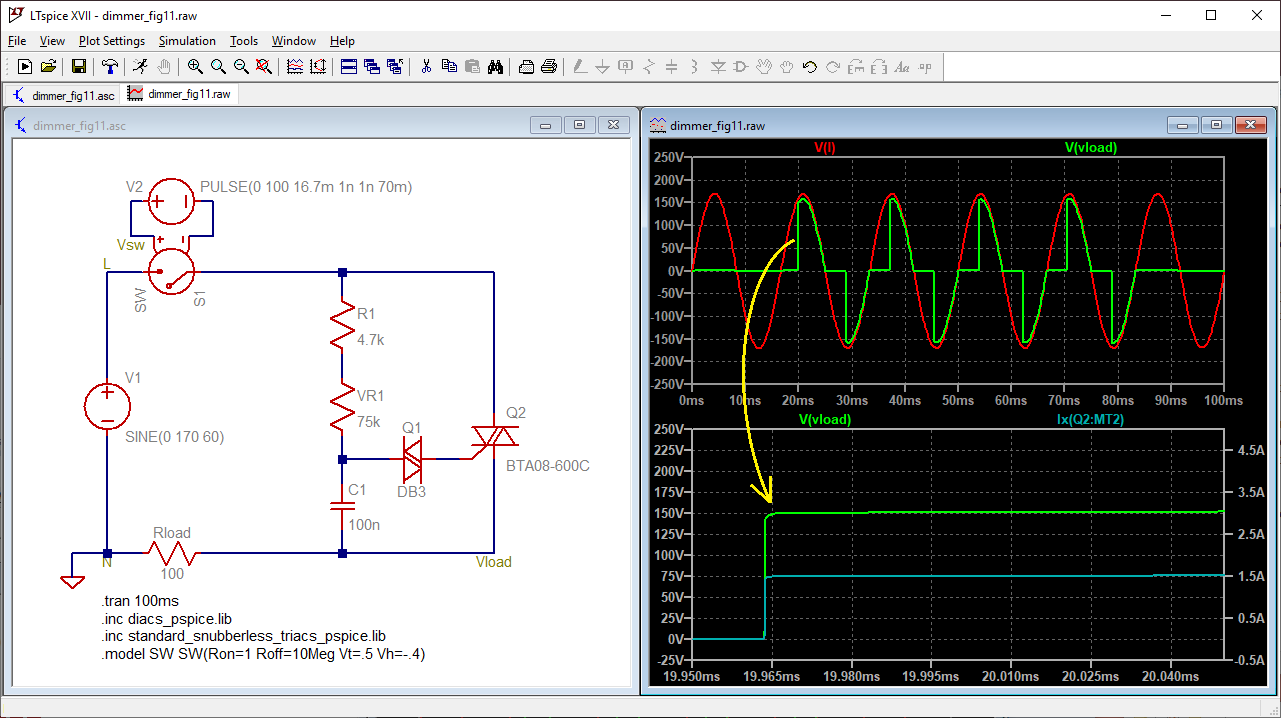 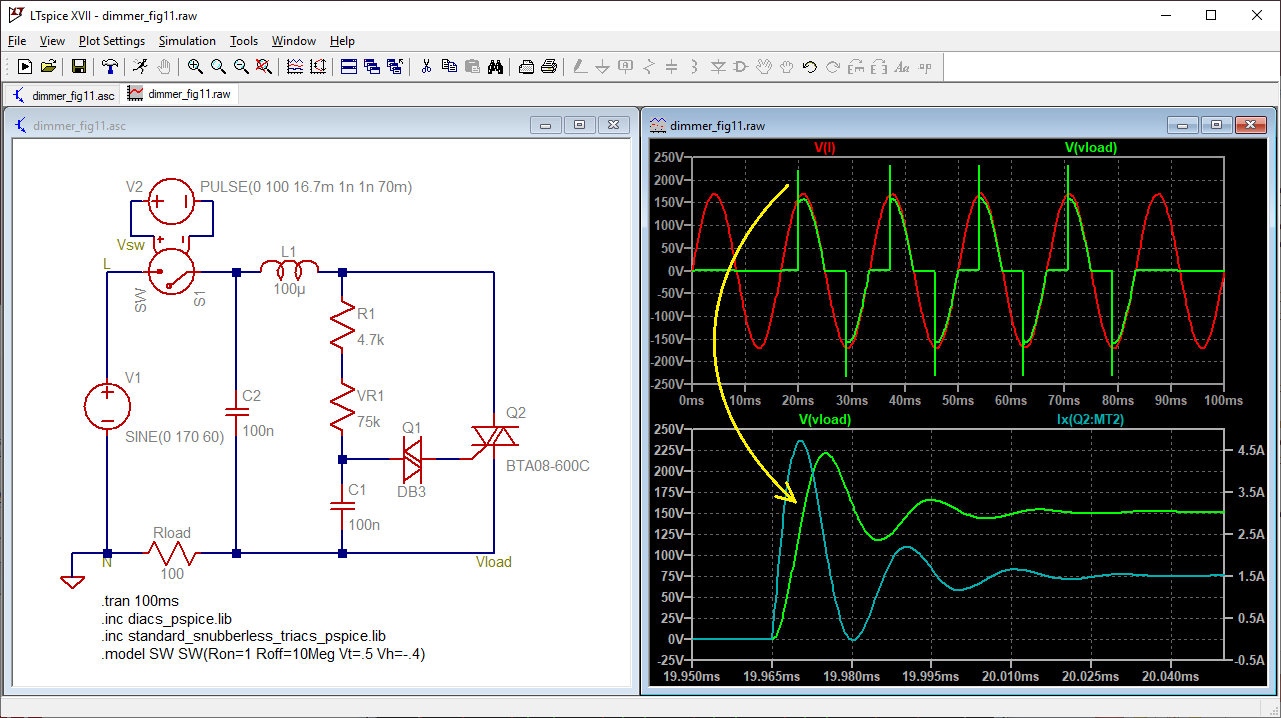 According to another question posted here, Using LC filter instead of RC filter in mains powered circuits, input filters on dimmer circuits are designed to 1) reduce the 50/60 Hz harmonics that affect radio frequencies and 2) limit \$dI/dt\$ to avoid damaging the triac.

Reducing \$dI/dt\$ makes sense because the damped response with the LC filter is slower than the instantaneous change in the other circuit, even if the peak voltage and current is higher for a matter of microseconds. But what about the high-frequency radio interference?

The values for L (100 uH) and C (100 nF) correlate to a ~50 kHz resonant frequency per \$f=(2\pi{}\sqrt{LC})^{-1}\$. I've looked at many triac dimmer circuits and the LC values are very inconsistent. I have a Lutron dimmer right here that uses a 47nF/22uH configuration, which equates to about 157 kHz. Are there really that many harmonics of mains frequency that cause interference, and why such variation between designs?

Lastly, I'd like to see how the LC filter values affect high-frequency blocking. Are there ways of simulating RFI in this circuit with LTspice?

Thank you for the help!