Positive and negative feedback in opamp in same circuit

In our class we encountered several opamp circuits, for example, Non-inverting integrator: 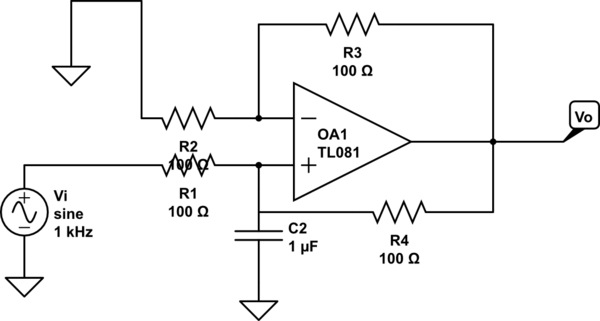 or we can consider the sallen-key type high pass filter: 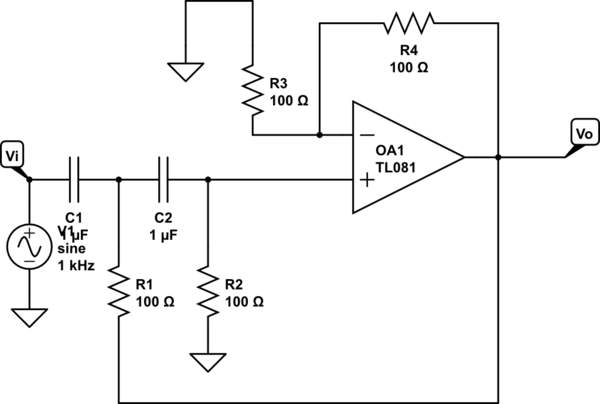 Question: In such circuits, are these considered as positive feedback or negative feedback, that is, can we say the input terminals of opamp can be virtual grounded or not?

Question: Also what is the use of this kind of positive feedback?

Regarding positive/negative feedback, the answer is not so simple. Remember that each "negative" feedback will turn into positive feedback for rising frequencies due to unavoidable phase shift of the amplifier. More than that, positive feedback allows stable operation as long as the (positive) loop gain is below unity.

Therefore, based on the classical feedback model the following definition gives the distinction between positive and negative feedback:

Hence, pos. fedback will enhance the closed-loop gain if compared with the gain without feedback (and vice versa for negative feedback).

1.) The above considerations apply to the case where the "naked" opamp is considered as active unit. Hence, both feedback loops are to be opened at the same time directly at the opamp output node.

In the two following cases , only one of the two remaining loops are to be opened.

2.) As an alternative, we can consider the opamp with the resistive negative feedback as a "gain-of-two" amplifier and open only the frequency-dependent feedback loop with the two R-C sections. A visual inspection reveals that the "gain-of-two" amplfier now has positive feedback only. This is confirmed by investigation (simulation) of the expression |1/D(s)| which is always larger than unity.

3.) As another alternative, we can define a frequency-dependent block (opamp together with the positive R-C feedback path). In this case, which is a theoretical case only, we open the resistive feedback path only and investigate (simulate) again the expression |1/D(s)|. 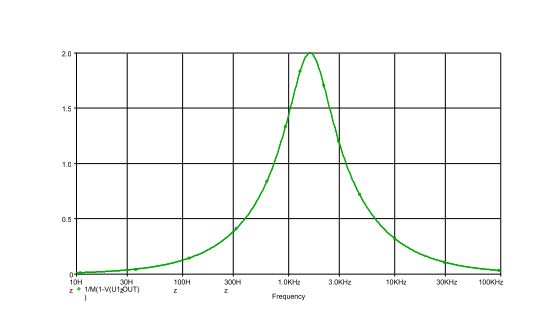 To analyze ideal op amp circuits, (that have some feedback that yields non-infinite solutions), we say the two input terminals of the op amp are at the same potential, not necessarily 0v.

Not the answer you're looking for? Browse other questions tagged operational-amplifier capacitor circuit-design feedback or ask your own question.