How do I model the optical coupling between two optoelectronic devices?

I'm building a circuit composed by two parts that are electrically isolating. One part has a LED (model: SIR333) and a phototransistor (model: SFH309FA). I basically have to model the optical coupling between this two optoelectronic devices, using a linear relation between the currents, with proportional constant dependent on the distance between this devices. I have no idea where to start, and if there is any info on the datasheets of this devices that can help me. How can I correctly measeure this? Thank you in advance!

The key to figuring out how much of the LED's light falls onto the photodiode at a given distance lies in the unit of a steradian (sr). This is the 3D version of the 2D radian.

But if you just used the radian casually, you probably don't even know what a radian physically is. You probably were thinking in degrees first, and radians second. This won't work for steradians. It's actually the other way around and degrees is the made-up unit. 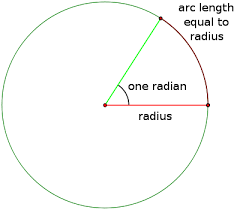 In 2D you probably have a mental shortcut of 360 degrees to a circle that you can use to bypass noticing what a radian actually is. In 3D this makes no sense since the angle isn't contsrained to a single plane.

First, a radian is the angle (whatever it may be) where the arc drawn is equal to the radius of the circle. Let that sink in for a bit. Focus less on the angle part, and more about the arc length traced out by that angle. The fraction of that arc length over the circumference is the actual definition of a radian.

Now a sterdian is the very similar but in 3D. A steradian is the "angle" of a cone whose area ends up being the squared of the radius on the surface of the sphere. So a steradian is actually the cone angle that traces out a particular fraction of the total surface area of a sphere. 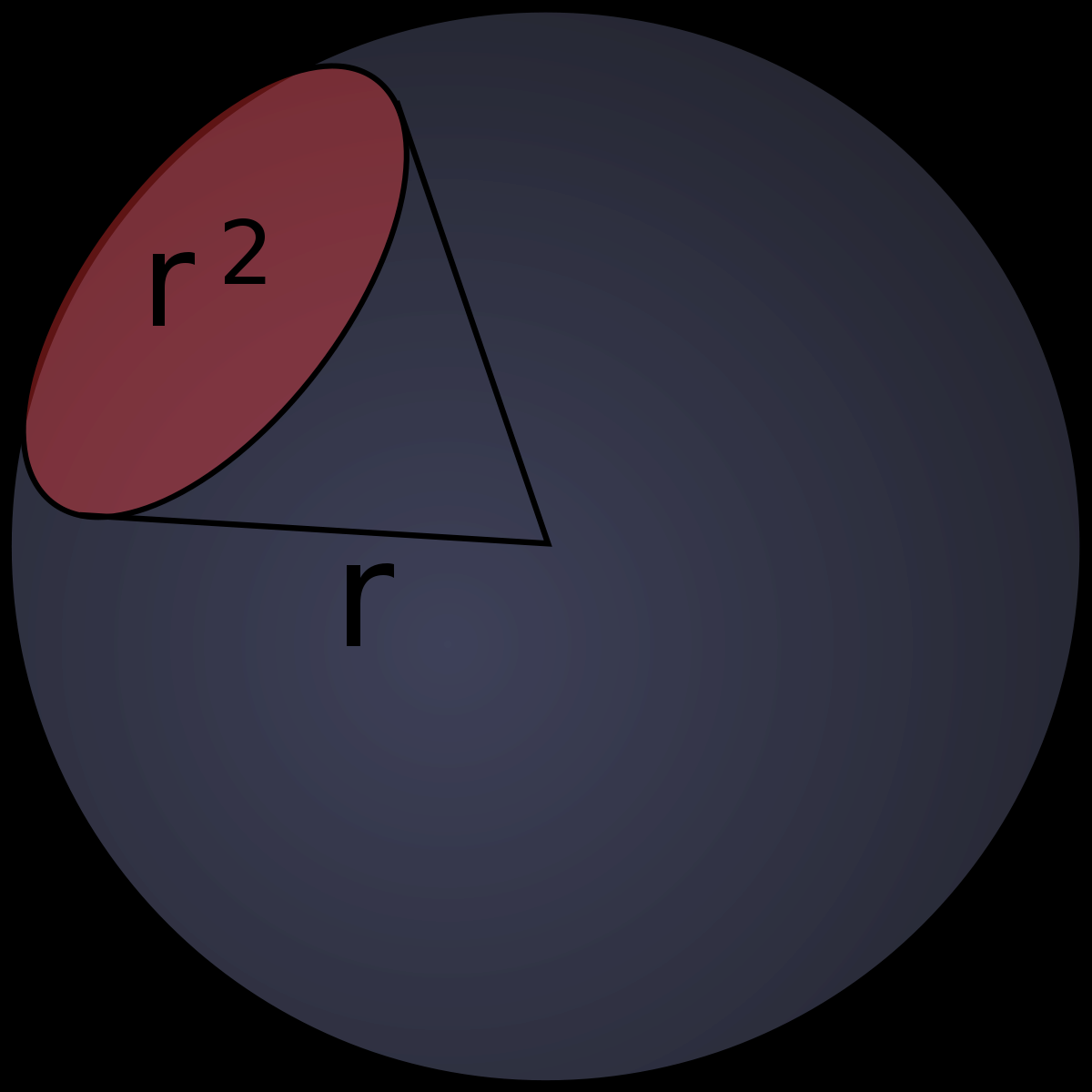 So what it comes down to is simply finding the area that corresponds to one steradian for an imaginary sphere around the emitter (where the detector sits at) and then using that number with the datasheet power levels.

This is the procedure:

It's actually embarassingly easy. I just figured this out a few weeks ago and most of that time was spent running in circles with the definition of a steradian until I realized it did not make sense because I did not understand what a radian was. It took two minutes to figure that out and from there it took another 5 minutes to figure out what a steradian was and how to use it.

[All images from Wikipedia]

Not the answer you're looking for? Browse other questions tagged optoelectronics or ask your own question.

39
How do I model an LED with SPICE?
6
How does an optical mouse detect movement?
0
Which device amplifies the optical signal in fiber optics?
0
How to implement a delay OPTOcoupler input there by the circuit remain on for the next 1 second
1
How to model transistor ATF 53189 in QUCS?
1
How is the H11AA1 ic working with AC mains voltage?
0
How will the resistance of this Evaluation Module affect the measurements of the current produced by this photodiode?
0
How does a fiber optic receiver converts the optical signal to an electrical signal
1
How to share a digital signal between circuits?