Because I was worried about the gate inrush current of a p-mosfet, because of a lacking gate-resistor, I decided to measure the switching times with an oscilloscope. I also considered another transistor with less input capacitance, which also may help to limit the inrush current.
However, I do not understand the measurements. I would expect that under similar conditions, the mosfet with less input capacitance would switch faster. This is not the case. Can an expert comment on this? 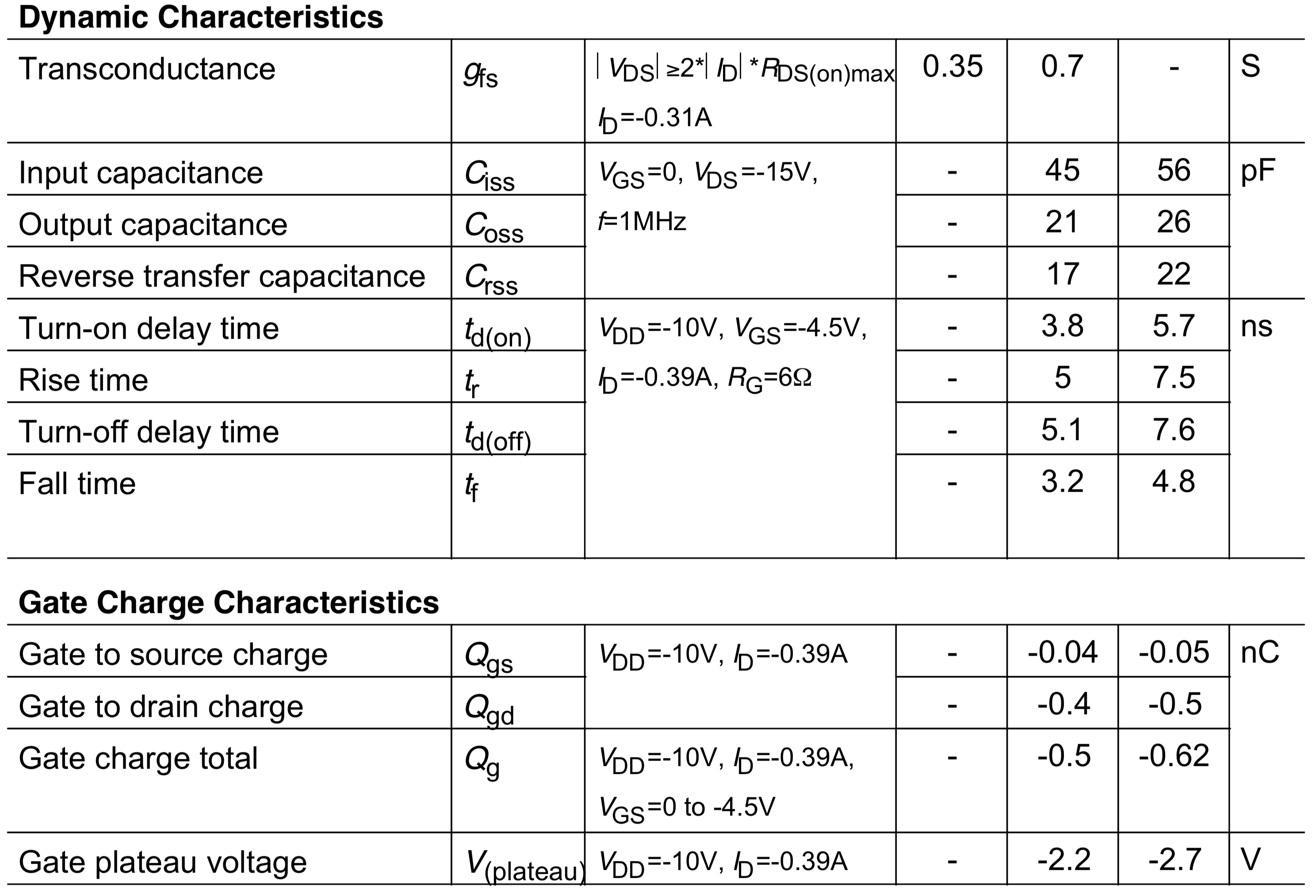 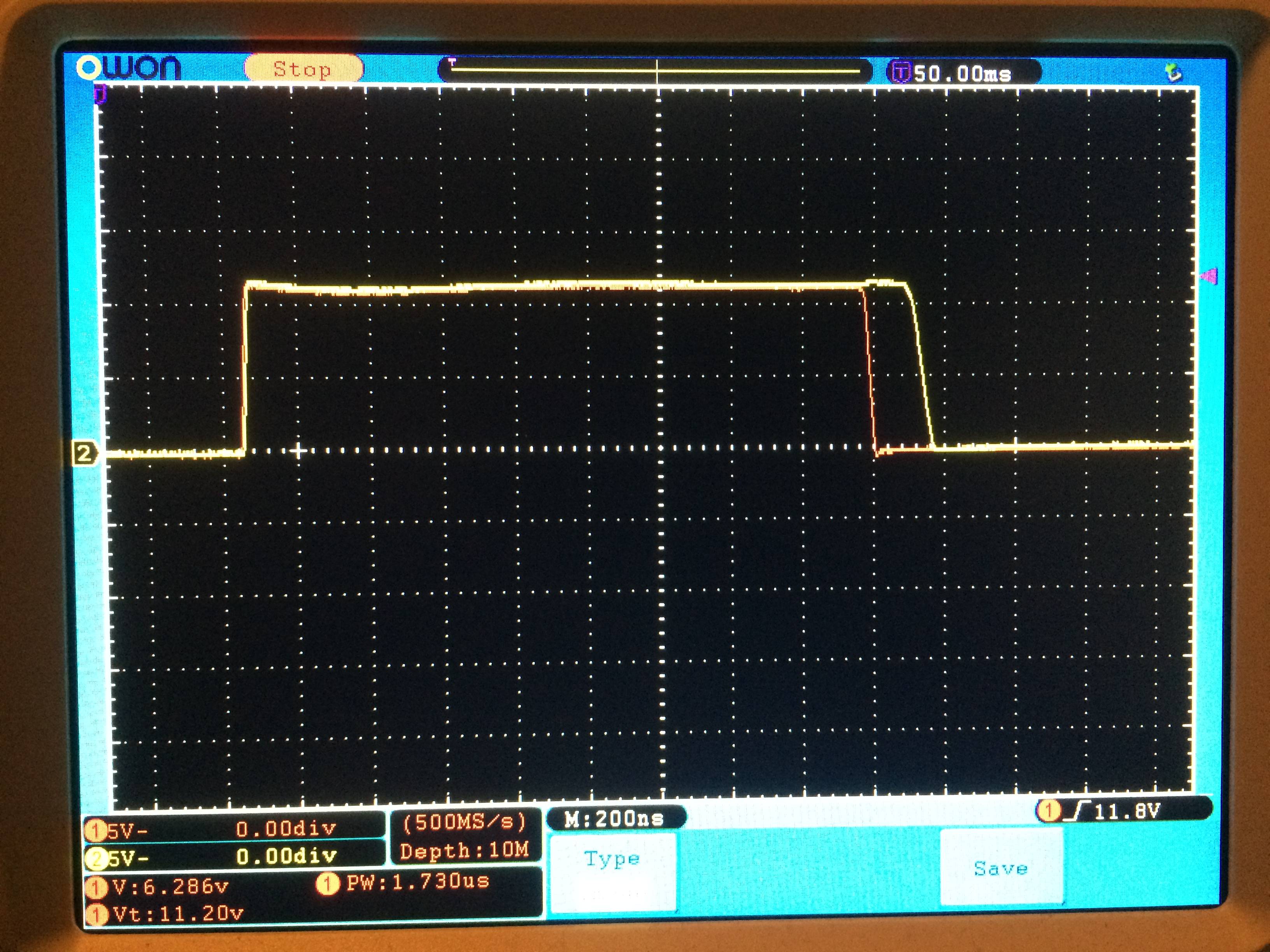 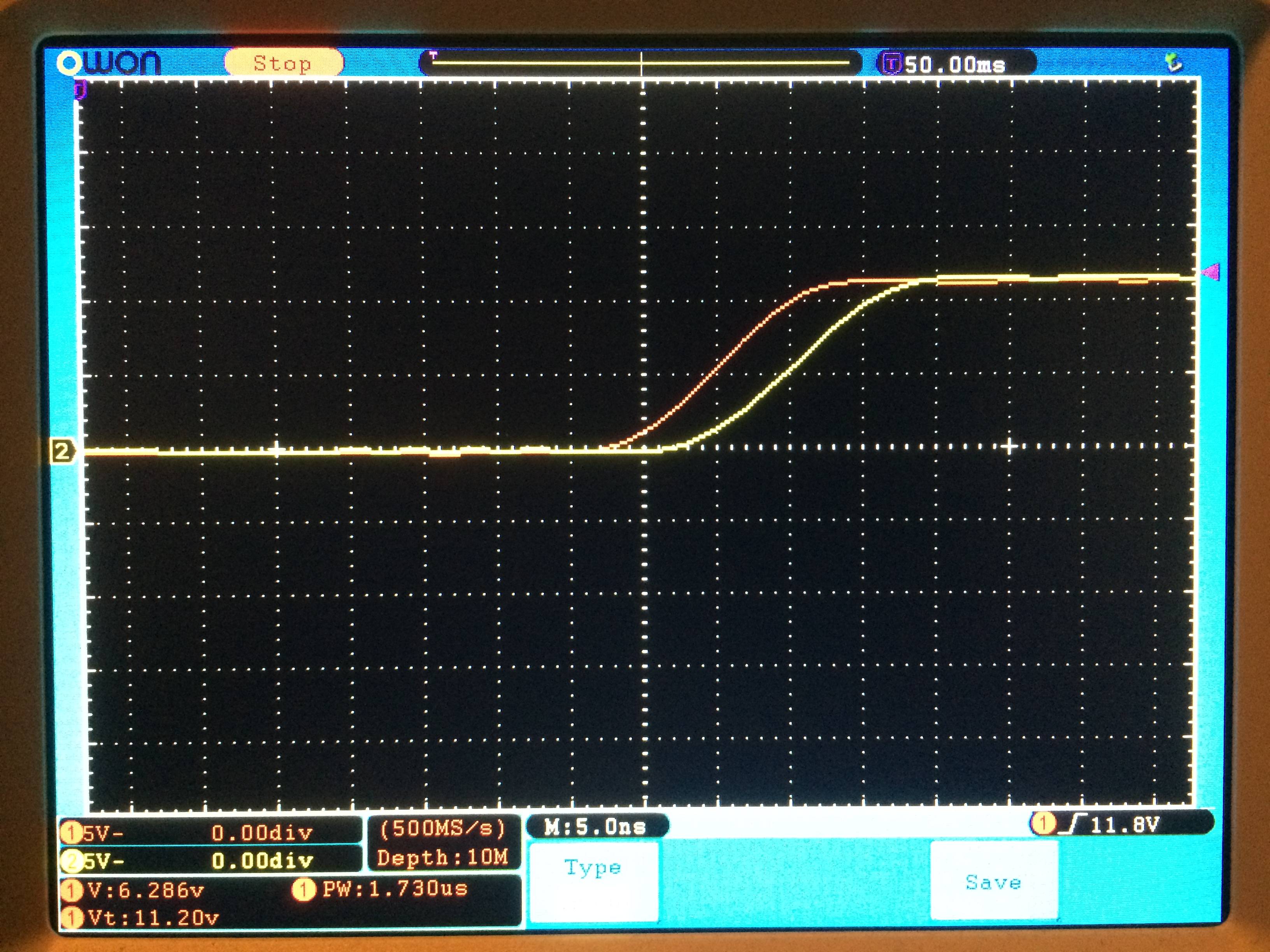 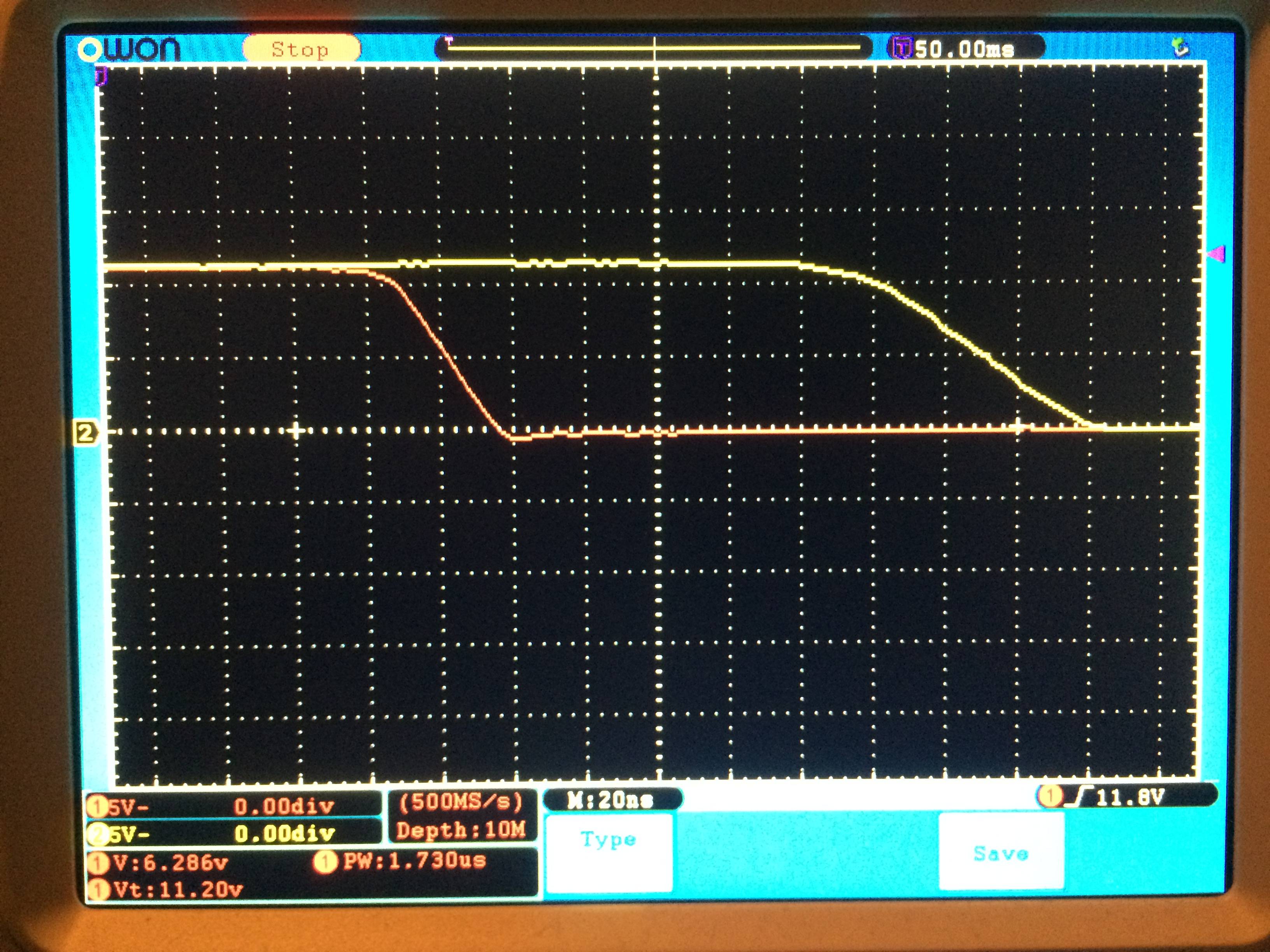 So, why is red faster than yellow?
I would expect the opposite.
The specs in the datasheet are in favour of yellow...

Multiple people suggested to measure the gate vs the drain.
I have only a two channel scope, so I can not combine this in one measurement. 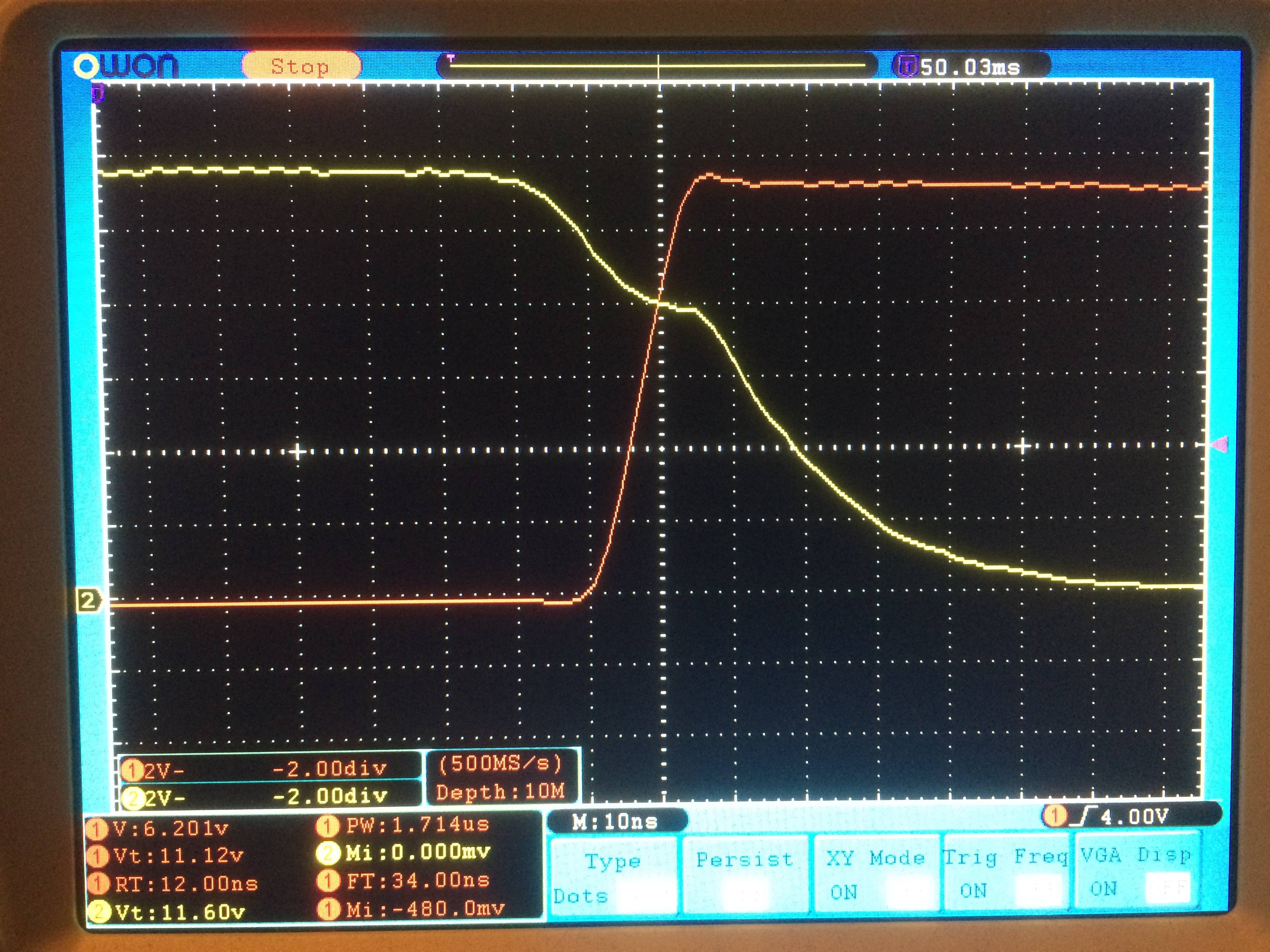 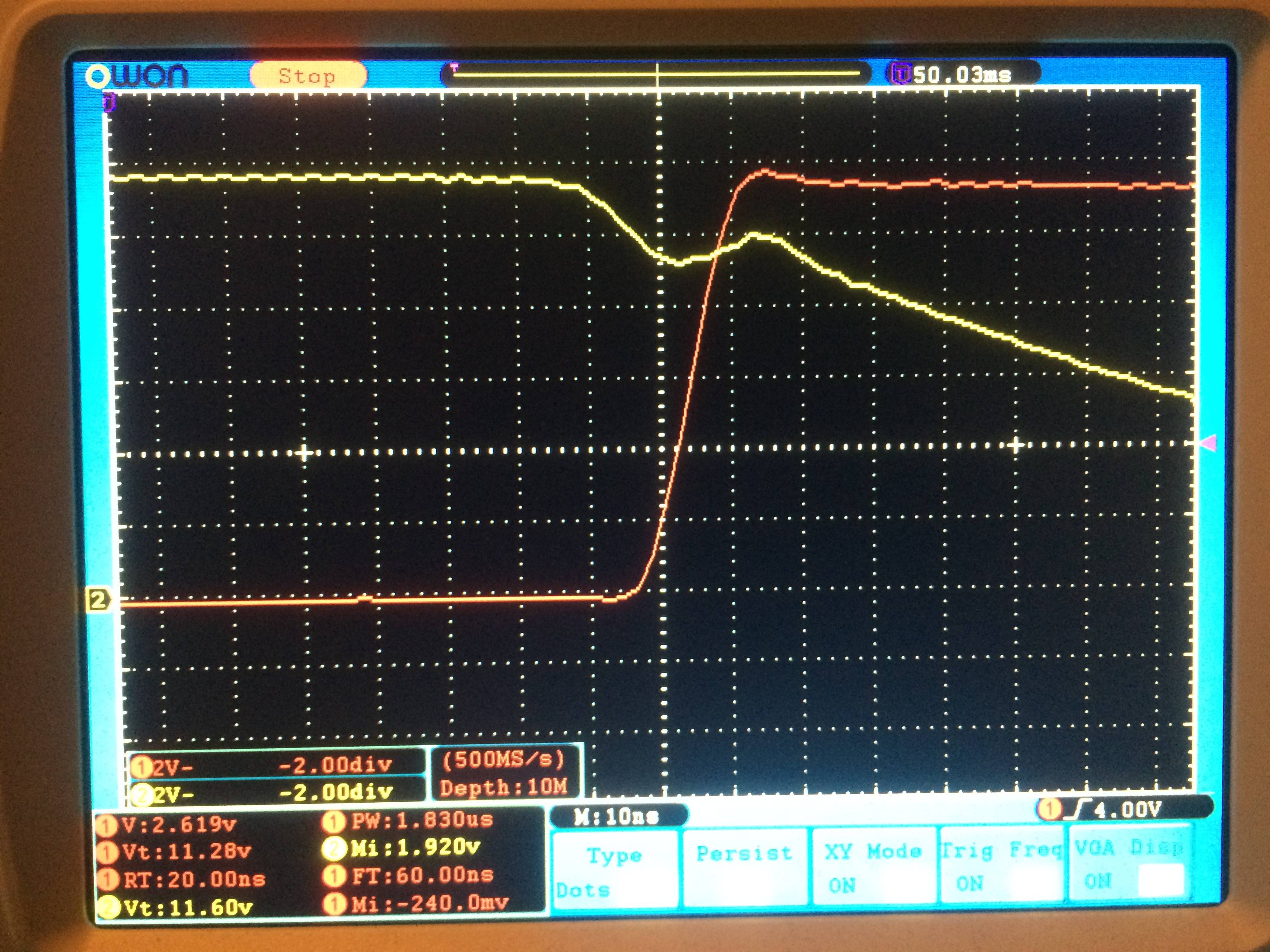 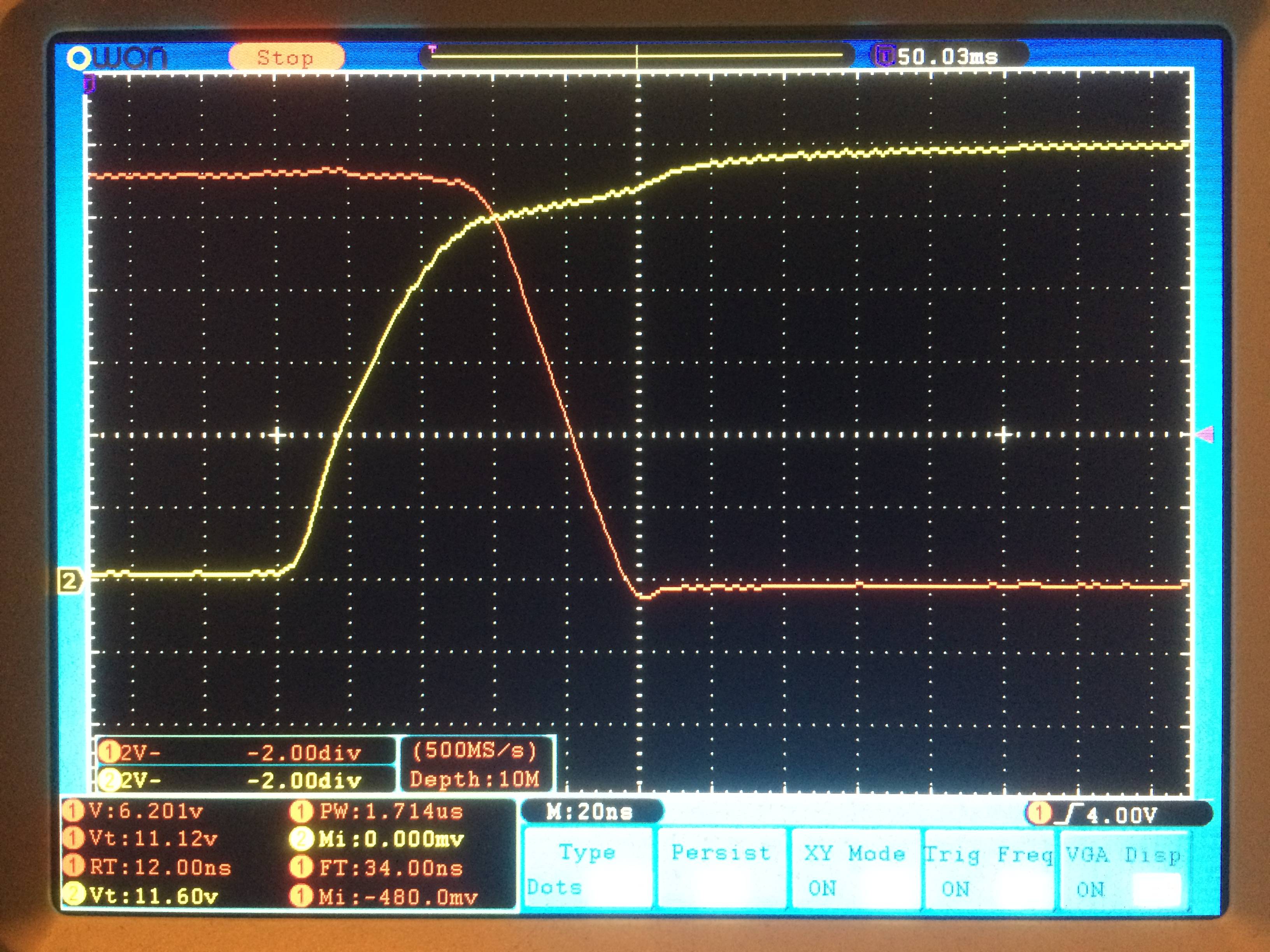 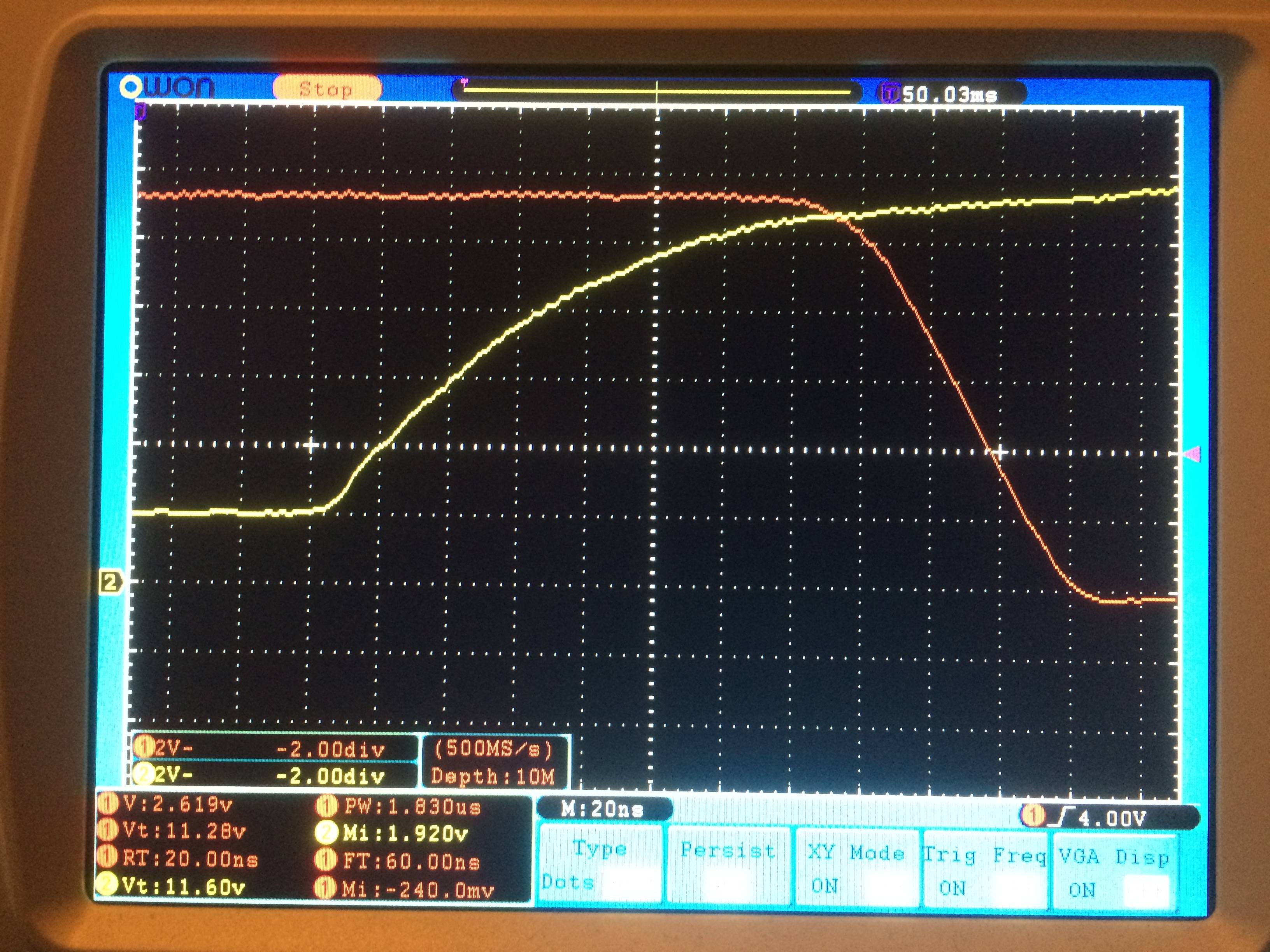 To be honest, these additional measurements raises more questions for me, instead of clarifying things.....

Note that the rise timed of both mosfets are quite similar for the switch-on; the BSD223P starts later.

If you look at the data sheet for the CD4504 you will see that it has a high to low fall time of circa 400 ns. From this you could make a first order approximation that the output changes from 11 volts to 0 volts at a rate of about 36 ns/volt.

If you look at the data sheet for the NTJD4152P you'll see that it starts to "activate" (turn on) at a gate source threshold voltage of circa -1.5 volts. The BSD223's equivalent threshold voltage (for the same drain current) is about -2.2 volts (reading a bit between the lines).

Because your drive voltage is so sluggish, the input capacitances are hardly playing any role and it comes down to (largely) which device has the lower threshold voltage and clearly, the NTJD4152P will win that battle and activate or deactivate more quickly.

If you'd have plotted the drive voltage alongside the MOSFET drain voltages you would probably be in a better position to see the bigger picture.

2
gate current direction during turn-ON of P-channel mosfet
9
Paralleling Mosfets: Can I use a common gate resistor, or do I have to use a separate one for each mosfet?
3
Inverter Design - High Side MOSFET Switch-off Issue
3
Reducing effect of MOSFET parasitic capacitance with resistor in series with gate
1
driving mosfet gate with an npn bjt
5
Output capacitance of MOSFET
2
Calculating the MOSFET gate resistor for an H-bridge driver
1
MOSFET gate capacitance near \$V_{gs,th}\$ (miller plateau)?
1
Question regarding the MOSFET gate Miller plateau region