I don't know what size to choose. Does SMD capacitor package matter in my case, Is it wrong to choose 0805 package?

The short answer, for your circuit, it won't matter.

When it comes to ceramics, there is a dirty little secret. When you apply a DC voltage to them, their capacitance values go down. Sometimes very significantly, like 50-60% down. Some people have done empirical testing and found that for the same voltage and capacitance and dielectric type, then the larger packages do not suffer as much loss as do the smaller packages. 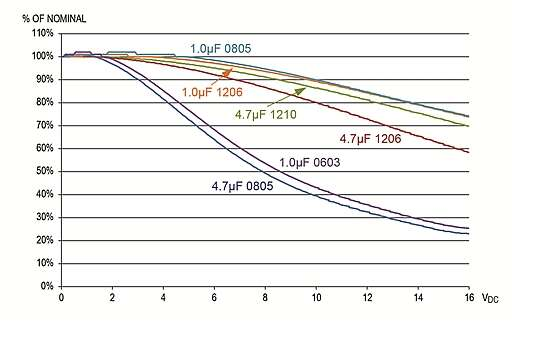 Murata also has a good write up on it. To learn more google: "ceramic capacitors dc bias"

You won't find it in most datasheets. You have to go to the manufacturer's web site. For Kemet, here is an example Choose your cap through their search tool, then choose the KSIM button. Then select the DC bias plot. 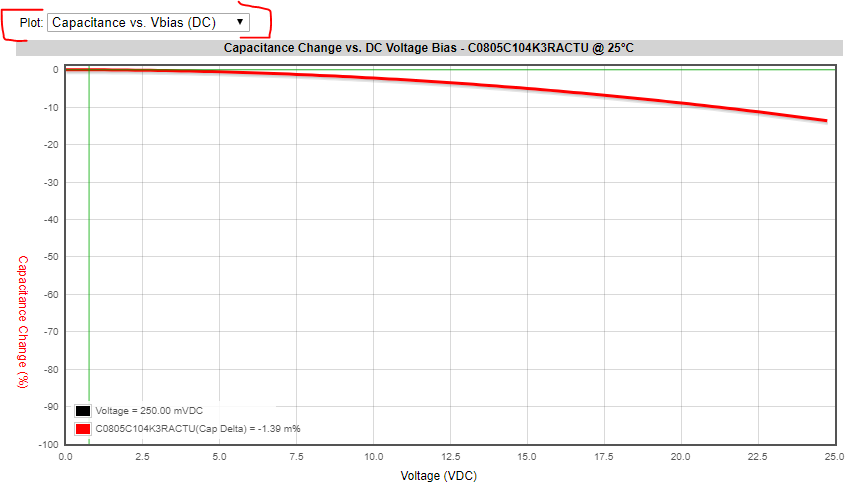 In addition to @Aaron's mention of DC-bias effects, I think it would be remiss to not mention that parasitic inductance changes little with capacitance for the same package size, and is less for smaller packages.

So while you may gain reduced DC-bias effects for a given capacitance in a larger package, you sacrifice high frequency response.

For best decoupling, you generally want to use the smallest package size possible (1st priority) and get the largest capacitance you can get in that size (2nd priority), even if that means suffering a lot of capacitance reduction due to DC-bias. The extra capacitance helps make up for it (the more capacitance you stuff into a particular volume, the worse the DC-bias effects get).

However, the extra capacitance does improve low frequency decoupling. So although you can make do with a LOT of parallel, physically tiny capacitors of small capacitance, to get the best of both worlds, stuffing as much capacitance as possible into the same package lets you get by with fewer capacitors.

DC-bias effects only really matter for signal path (i.e. signal filtering) and timing applications where you rely on an accurate or consistent capacitance. For decoupling you usually want as much capacitance as you can get as long as the inductance is kept low.

But OP's circuit is so low frequency this won't matter much. For the most part, until you get to higher frequencies (>100MHz) or signal stuff, just balance cost of the part with a size you can actually work with it.

Smaller package sizes have better high frequency performance due to reduced parasitic reactance. Larger packages have more stable capacitance with bias and are available in a wider range of values. Therefore as a general rule, when you need high frequency performance, you should use smaller. When you don't need it, you should use larger packages. This is why you sometimes see two capacitors of different sizes and packages in parallel.

In this case you have a cd4017 which has a rise time of tens of nanoseconds at best, and probably a clock frequency of kilohertz. I've seen them used with no cap at all. Use what you can solder most easily. Through hole if you want.

In this case, I'd choose 1206 for an uncrowded board, simply because it's easier on my old eyes. If the board is crowded, I'd choose 0805, or even smaller, to save space.

The other answers have demonstrated that there is no electrical reason to prefer one over the other here.

Not the answer you're looking for? Browse other questions tagged capacitor surface-mount ceramic or ask your own question.