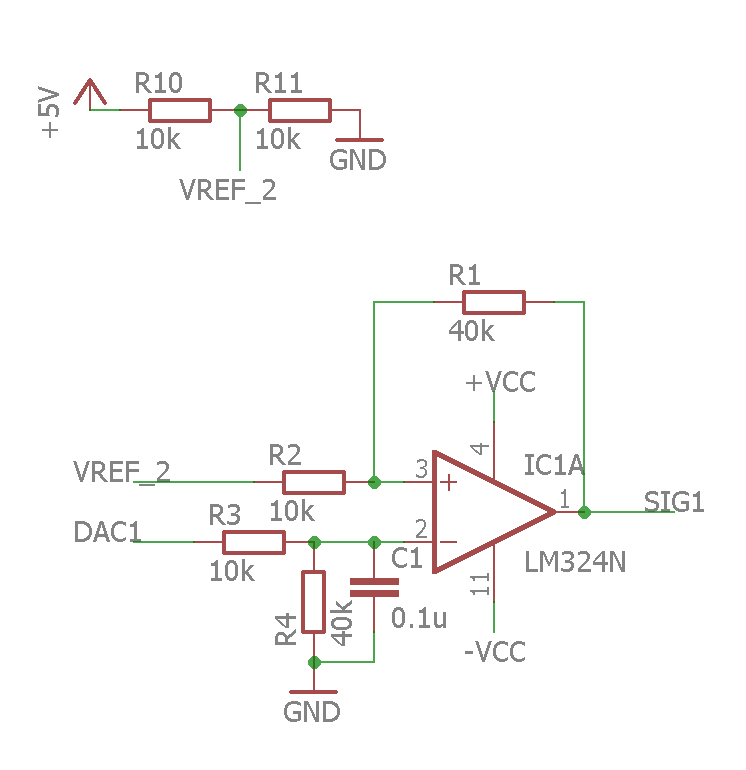 I'm trying to convert a 0-5 V voltage generated by a DAC to a -10 to 10 V range by using an LM324N OpAmp in differential amplifier configuration.

Either buffer the reference voltage, OR:

That would destroy your common-mode rejection, so you would want to replace R2 with a 5K resistance (Maybe 2 10K resistors in parallel) to keep the CMR from degrading.

Note that the CMR degrades rapidly if the resistor matching isn't good. Off the top of my head I think the best you can do over tolerance with 1% resistors is about 48dB. So if you need better consider using 0.1% tolerance resistor.

Also, you have a 0.1uF cap across R4, which will ruin your AC common mode rejection. If you need AC CMR consider putting the same capacitance across R1, or removing the cap and filtering in a later stage. 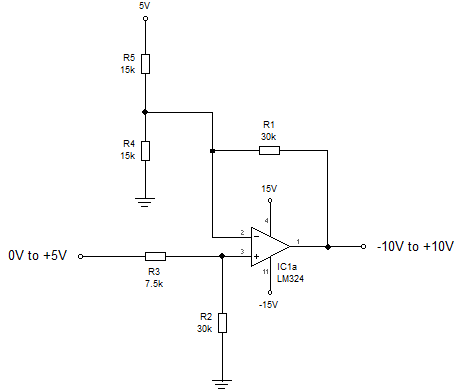 Note that the op amp's positive supply needs to be at least +12V in order to achieve up to 10V output.

Not the answer you're looking for? Browse other questions tagged operational-amplifier voltage-divider or ask your own question.