Now, I have these two circuits:

I solve the second circuit and I find the voltage on R23, then usually in exercises I use that voltage in first circuit to compute current in R2 and R3 in first circuit. My question is: why the voltage in the second circuit can be used for the first (I want a rigorous proof)? Is there a theorem concerning equivalent circuits (in this case R23 is equivalent of R2, R3 in parallel) embedded in other circuits?

Important: I gave that picture only for example, I want a proof that it is true in general. I want to prove that if I have two equivalent circuits A, B respect to a pair of terminals and I plug them to another circuit C so we have C+A and C+B, plug using the terminal in which A and B are equivalent, then the voltage on A is equals on B in both the circuits on the terminals.

In substance starting from my definition of equivalent circuit I would like prove that: Given A and B equivalent in my definition we have that the voltage across the terminals and current flowing through terminals will be the same, when placed in the same context.

Update To give an example for proof I would like to see, we can take the substitution theorem which similar but not equal to my question (as you can see this theorem seems obvious and has a rigorous proof) 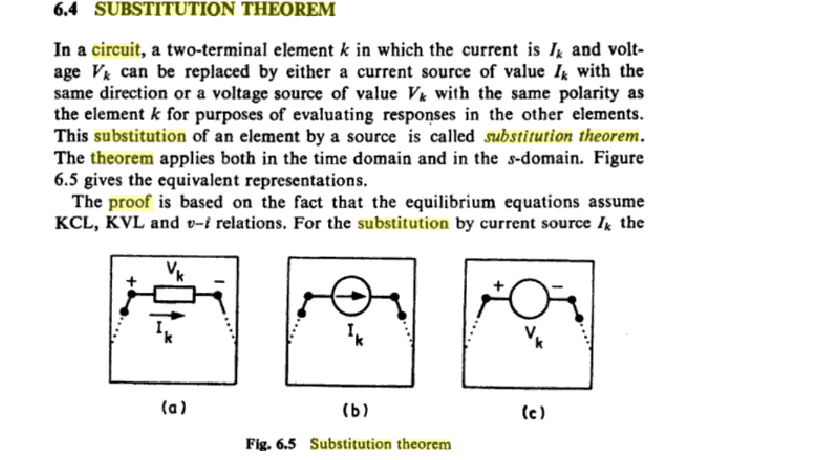 Well comments are enough to answer your query already but still I'll put it in the words you want using your network A, Network B terminology.

Now since Ra=Rb and resistance of your network C, Say Rc is fixed, applying voltage divider rule, of course and always,

I hope you understand how you're stating what's quite obvious.

This is inherent in the definition of parallel and series. I don't know how they would be proved more rigorously.