Is there any other design to be used to drive the leds. 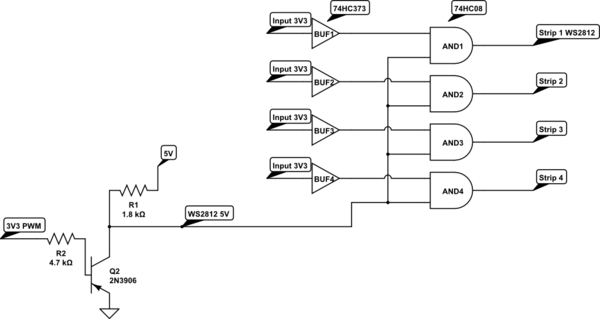 Your scheme should work OK if...

The easiest way would be to use a 74HCT238 operating from a 5V supply with 3.3V inputs. 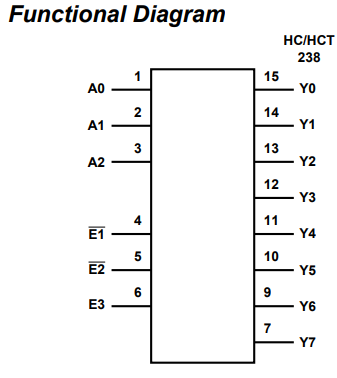 Or use a proper level translator chip and an HC238.

Hmm, I am usually using N+P MOSFET pair for that purpose. But now I want to use only one IRLML6344 N-MOSFET transistor for voltage level translation.

It inverts the signal. No problem when you write bitstream generator yourself. The problem I encounter right now is MicroPython that I has no option for inverted logic control and the bitsream write is part of the MCU specific code so I do not want to touch that.

I was wondering if it is possible to provide 255-n for RGB colors in this situation and that seems to work partially. Because WS2812B seems to reshape signals, first LED does not light, but following LEDs in the chain gives correct light and color. The first LED has DIN pulled High by default so it has 1 as idle. Due signal reshaping of the first LED following LEDs have 0 as idle.

I am wondering if WS2812B was designed with this situation in mind that it could be driven over an inverting transistor. The initial reset sequence seems to be only problematic here for the first LED.

If anyone knows the trick how to drive WS2812B with non inverted bitstream generation over inverting transistor that would be nice to know :-)

Not the answer you're looking for? Browse other questions tagged ws2812b or ask your own question.