Which adapter/handling to choose on (Type N) rf test devices when SMA/K cables have to be connected frequently?

I'm no expert in high frequency. But probably it is no good idea to change the adapters sitting on type N female output on and on as a torque wrench is used to fix them.

But I have to make measurements where often a amplifier or bias tee is connected betwenn a rf-probe and a signal generator or vector network analyzer. The rf-probes have 2.92mm K connectors, the devices (bias tee, amplifier) often SMA.

As I want to use the expensive low loss cables maybe also in future up to 40 GHz, currently only 1-10 GHz, I'm wondering what is the right handling here? I also want to prevent to much insertion losses by many connector adapters. The money is not really the problem of if an adapter costs 100-200€

What do you suggest here? Combining SMA and K cables with adapters or changing the test device adapters (N to SMA/K) on and on (probably 100-200 times a year? Are there adapters or products I missed that could help me? 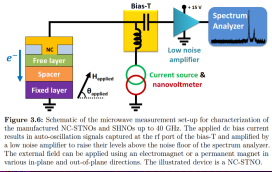 Probes are very fragile and could be damaged by a very small error in operating them. They should practically be treated as consumables, and if you're using them you should budget replacing them occasionally.

So what I'd do is buy a set of probes with SMA connectors, and use them with your SMA cables.

The thing is also we have to compare measurements with same frequency response between research groups and in best case very low losses. If I have to use K-probes 1-10 GHz (they are set to 40) with max. 3 GHz test devices what do you suggest?

If you're okay with the risk your K-connector probes will be damaged, just go ahead and use them with SMA cables.

An SMA plug with nominal geometry will not damage a K jack. The risk is that the SMA standard allows looser tolerance on the center pin length, so that an in-spec SMA plug with a maximum length center pin can damage the socket in the K jack.

So, to reduce the risk, you can use new SMA cables from a reputable vendor. These are unlikely to damage your K connectors (though I can't absolutely promise they won't). If your lab has an SMA connector gauge, you can probably check which of your cables have relatively long center pins and avoid using those with the probes.

If you can't take that risk, then all you're left with is buying some SMA-K adapters and using them to connect your cables to your probes.

Not the answer you're looking for? Browse other questions tagged rf connector adapter test-equipment or ask your own question.

3
What do you call the connector type which is soldered on PCB and it holds cables by pressing on them by screws?
3
How to conduct "Transient Power" measurement according to ETSI EN 300 220-1 (v2.4.1)?
1
How can the test pen light up when touching your fingers that doesn't have or have very little electricity current?
1
Board to Board connection for RF and high-speed digital signals
0
Type-N vs SMA connector (relative merits)
0
Ideas sought for RF impedance selection
2
BNC and SMA cable testing