Transistors: Switching a higher voltage at the source (not the drain) side

TL;DR: I want to use a lower voltage (5V) to switch current from a higher (12V) voltage source at the source end instead of the drain end.

Longer story: I'm trying to control some large seven-segment displays with an Arduino by multiplexing across the digits. This presents a few design considerations:

There are many other posts asking for controlling higher voltages with lower, but the ones that I found all advise to put the load in the collector of a BJT. Indeed, this is what I've done at the drain side, to control the segments, but I also need to control the supply to the common anode of each digit.

The simplest way I've found is to use a PNP/NPN pair (Q1_1 and Q1_2 control digit 1, Q2_1 and Q2_2 control digit 2), but this seems like overkill. I feel like this can be done with only one transistor per anode (but maybe with more total components... resistors, capacitors, etc).

Here are the questions I have about this circuit (note: I only included 3 LED's per digit, for simplicity): 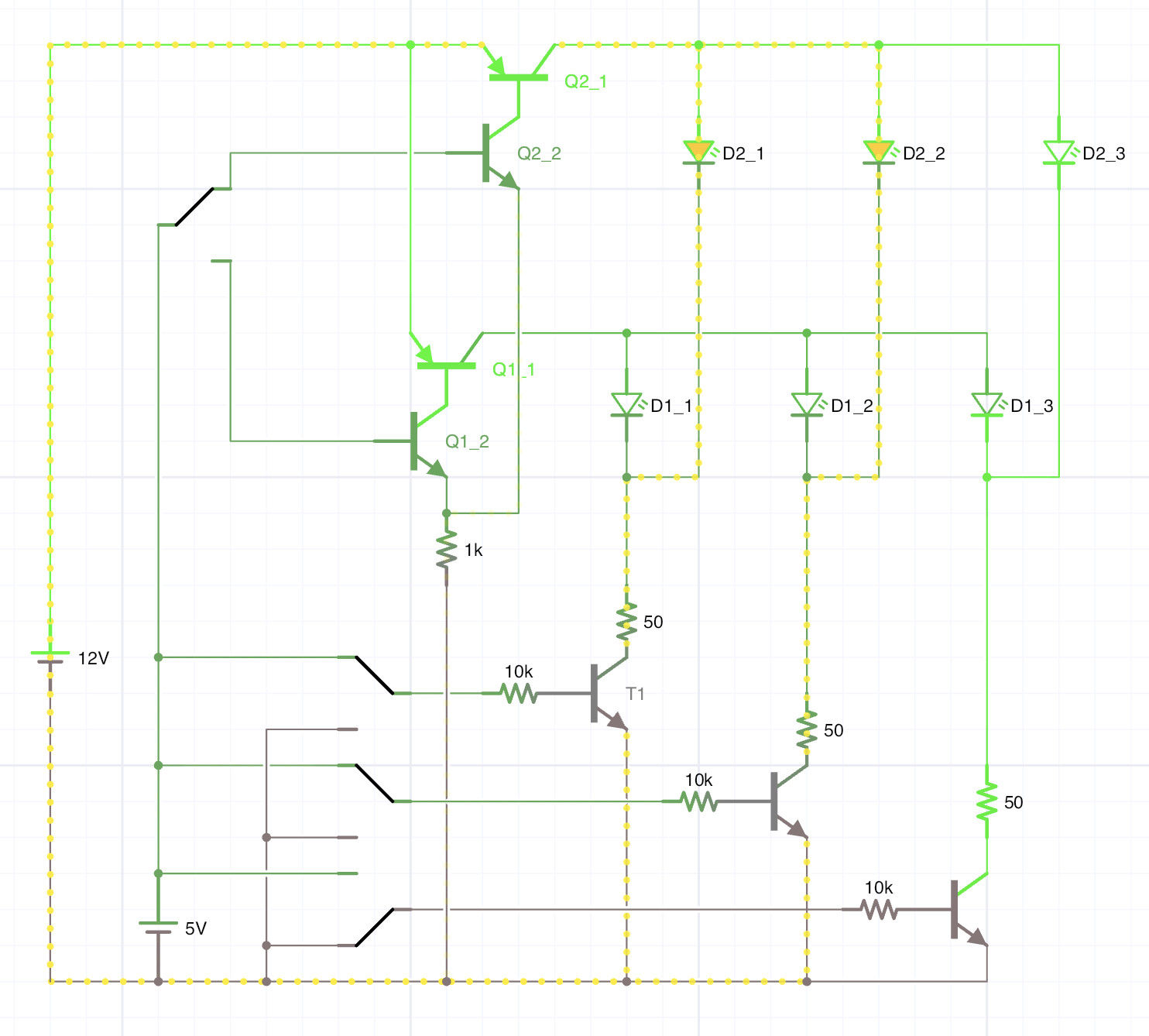 Is this PNP/NPN pairing a sensible way of doing it

Note that both of the transistor pairs share the same emitter resistor (since only one is enabled at any one time). I suspect that this prevents the NPN from getting to saturation since that resistor would pull the NPN's emitter voltage up above 5V.

My solution for this...

No 'solution' is necessary, because it isn't a problem.

Is is just a matter of setting that resistor to a lower value so that the PNP can, at least, saturate?

If 4.4mA isn't enough to put the PNP transistor into saturation then a lower resistor value will be necessary.

You can simply use an open-collector (or open-drain) TTL/CMOS gate IC then use discrete P-Mos transistors on each digit channel. You would then use another set of OC drivers to drive the cathode lines grouped by segments. A bit more compact than a full discrete solution. See below.

A full IC option would be to use high-side driver chips similar to TBD62783. If you look at that chip's equivalent circuit it is similar to the circuit below. 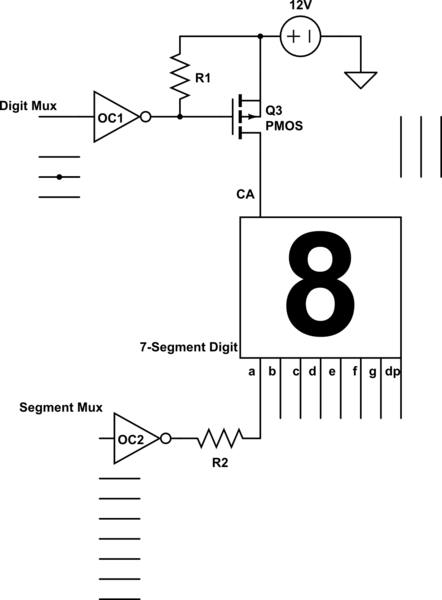 Not the answer you're looking for? Browse other questions tagged transistors multiplexer or ask your own question.