Since the closed loop is equivilant to the Open Loop below

But the result I got is something like this 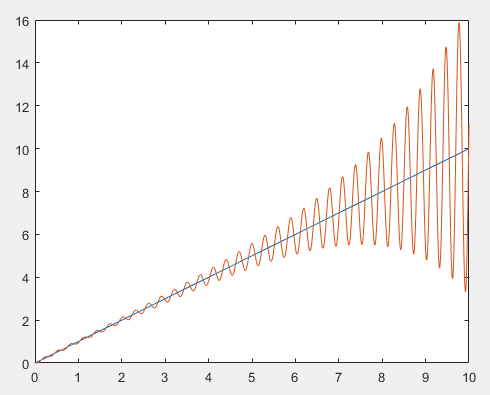 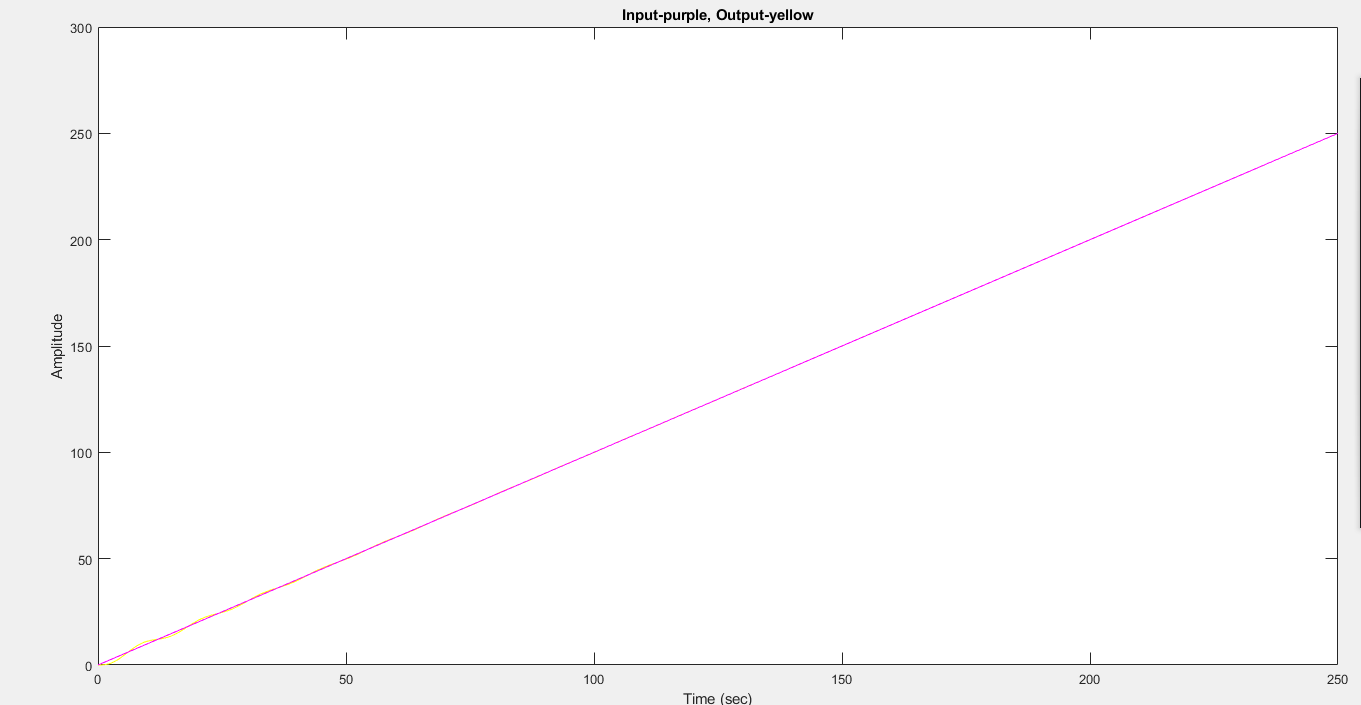 Any help would be wonderful Thx.

Try the following, add a PID controller with a lot of \$k_d\$ (the Derivative coefficient). Also, if you look at the other two plots I have you can have some insight on how to stabilize the system. From the first pzmap (without any controller) you would see that your system had unstable poles (figure 1), and by the rlocus of the plant you would see that a closed loop with the plant itself would not lead to a stable system, no matter the gain you tried (figure 2). 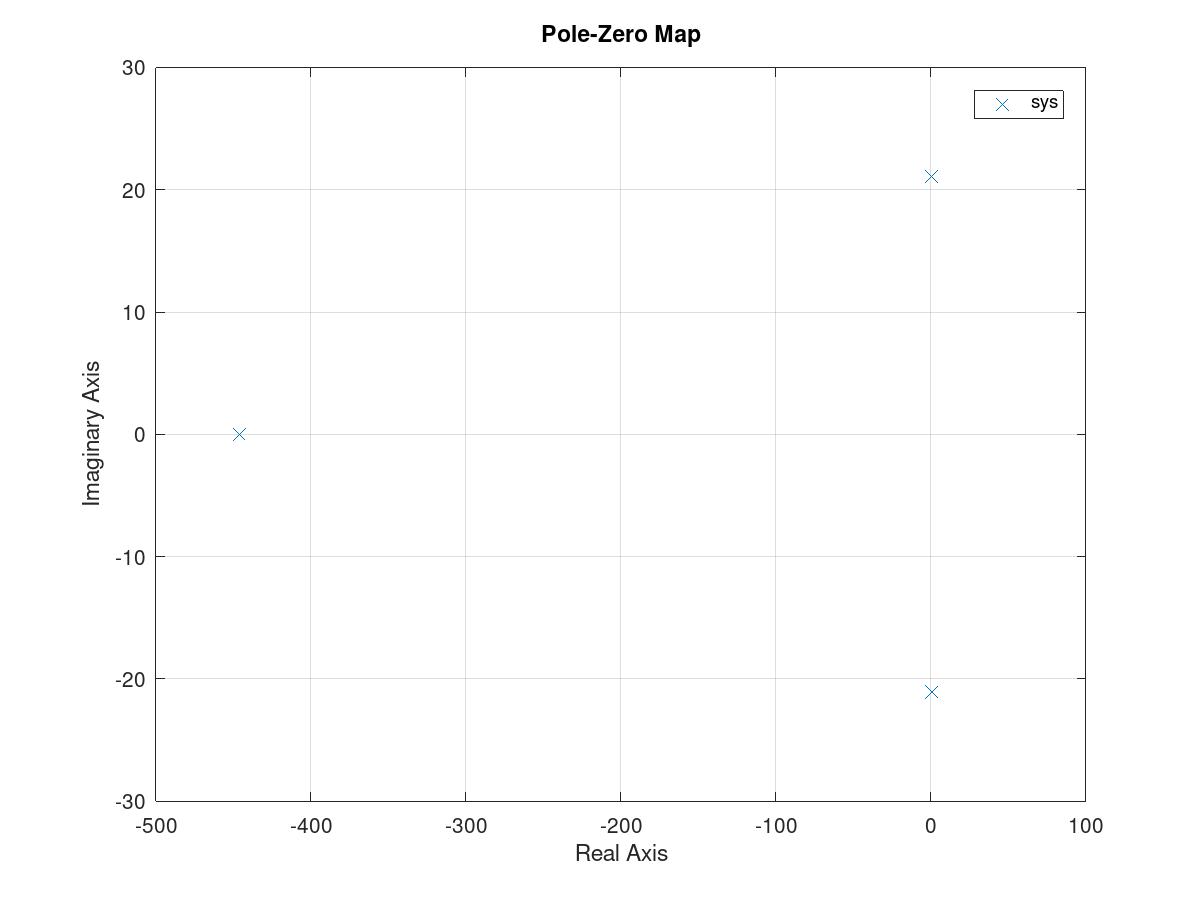 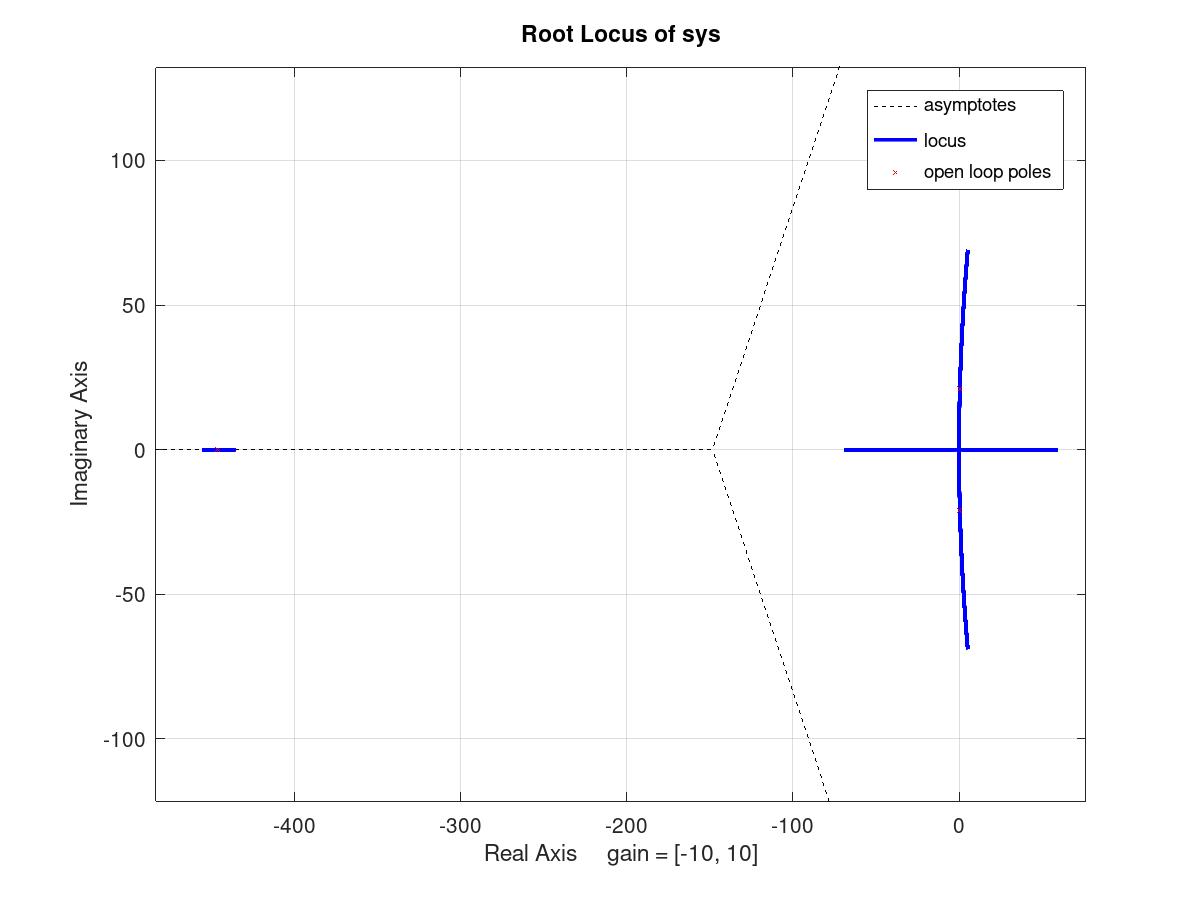 For the controller you tried, the \$\frac{1}{s}\$. We can just check the rlocus of the controller+plant leads to the third figure. You can see that now you are able to move the poles from the original system, the plant, to have negative real part but as you do it, the pole from the integrator moves into the open right plane (and makes the system unstable). The plot itself does not include the direction in which the poles move, but there will be no gain for which it all the poles are in the OLP (open left plane). 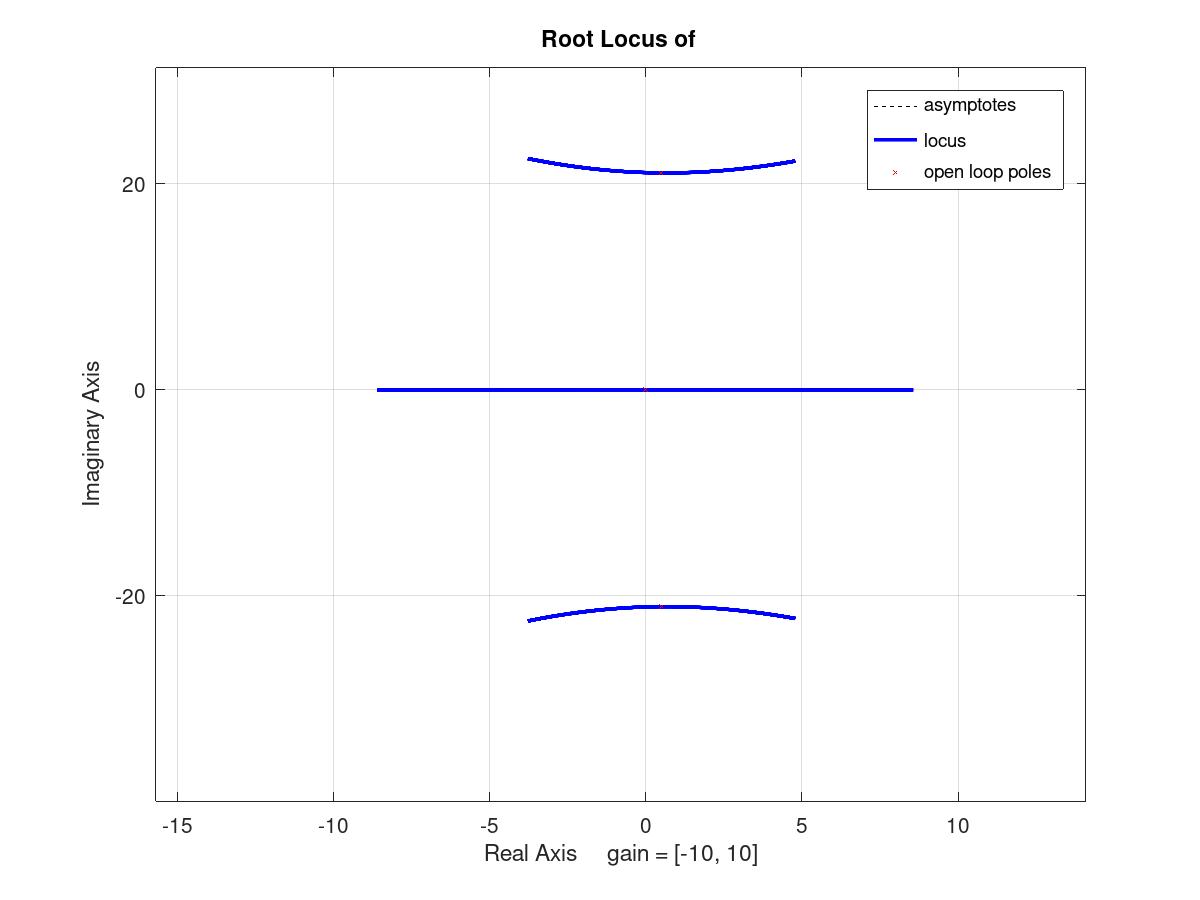 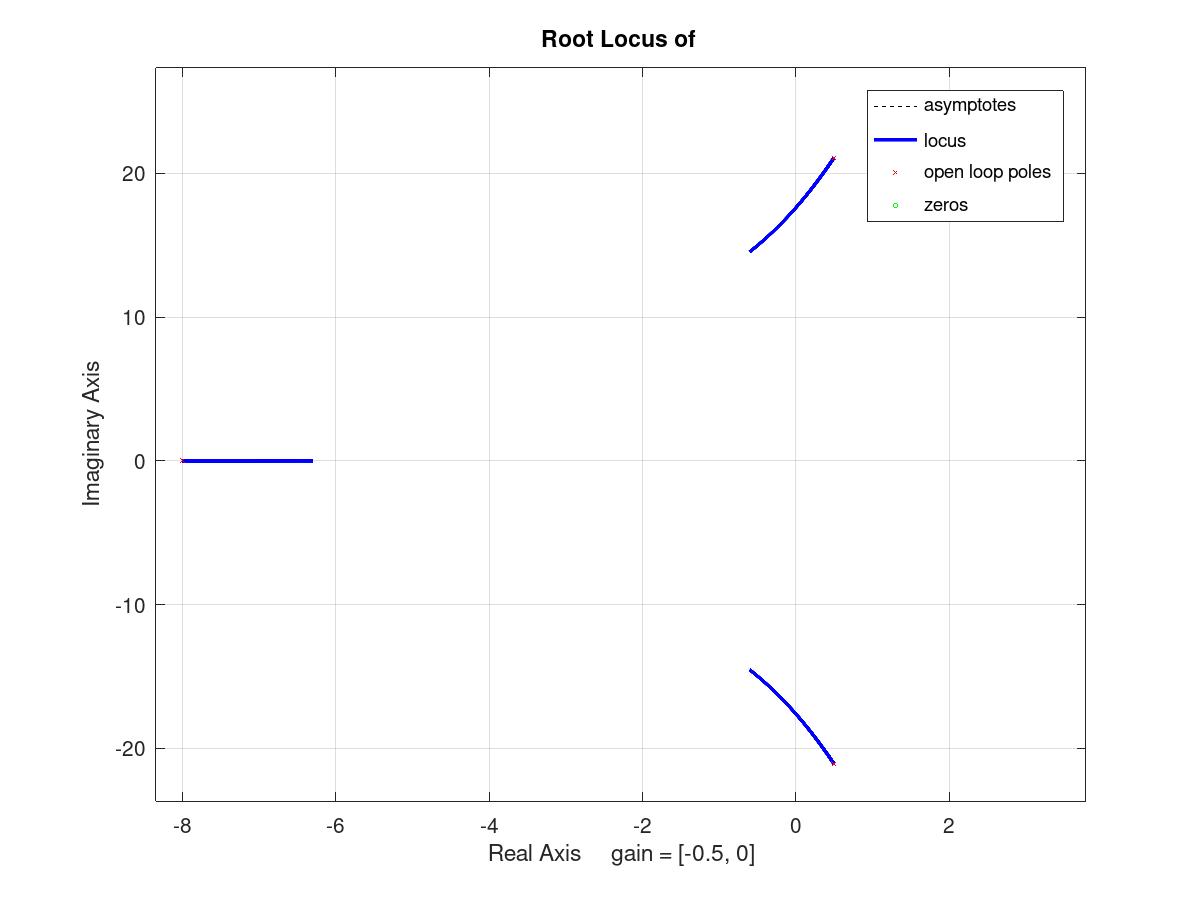 Finally, if you add a PID controller and try to find values that make the poles be stable (that slide the poles from the open right plane to the OLP). The rlocus plot is useful because you can also see how changing the gain would shift the poles in the closed-loop system.

Not the answer you're looking for? Browse other questions tagged control-system steady-state block-diagram or ask your own question.