Up to 25 meters range passive RFID?

In this document, we can read:

Passive:
Read range from near contact up to 25 meters

about UHF RFID. This is impressive indeed.

Which kind of passive tags can be found up to a 25 meter distance?

What kind of reader is necessary? All I've found are 300-1500$ reader devices on eBay, so it's not really available for electronic-enthusiast DIY projects.

Is this technology nowadays available with small unexpensive modules?

(NB: I'm not asking about shopping recommendation, but only to know if this technology really exists with a 25 meters range, and if it's really available for home DIY projects, or if it's still a professional high-end technology that requires high-price investment and/or weeks of engineering to make it work) 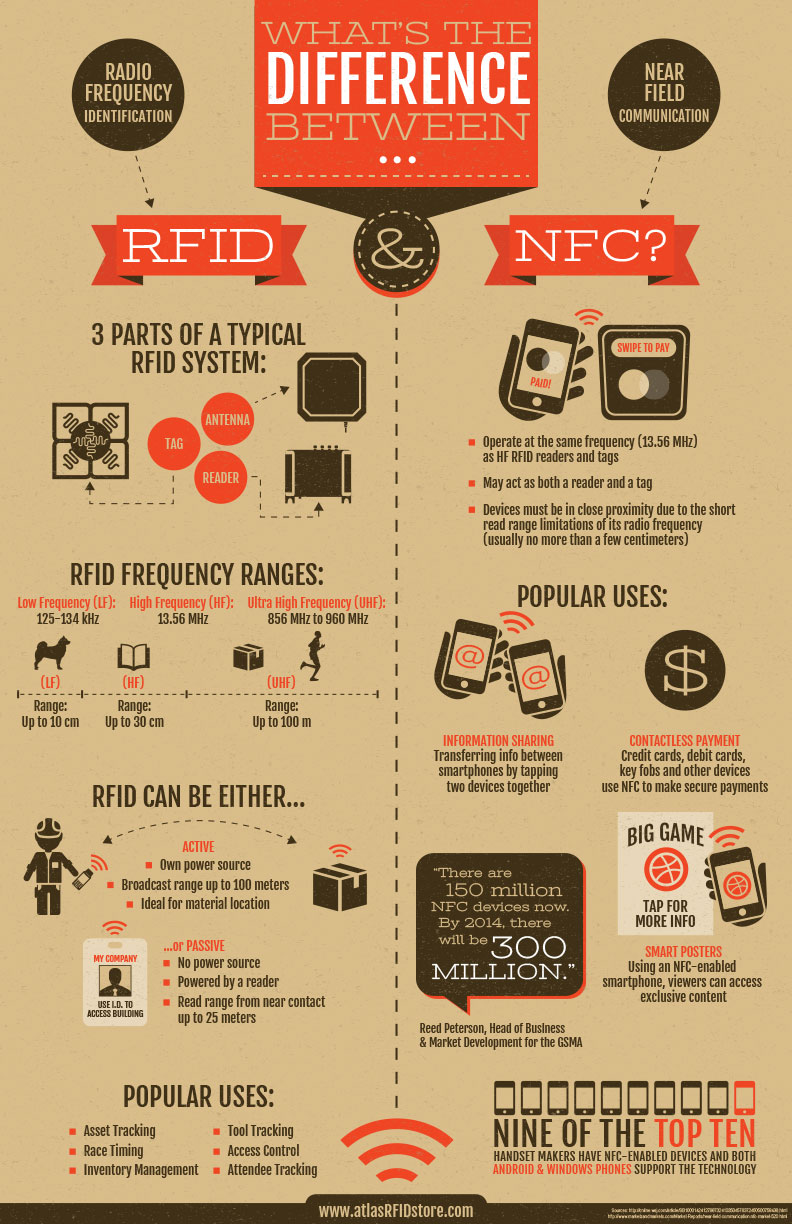 Which kind of passive tags can be found up to a 25 meter distance?

Not too many. To be able to extract data from a tag (ignoring passively powering it) you would need the tag to "reply" using a proper radio technique such as UHF. To power a passive tag you can use either a radio waves (such as UHF) or by NFC (using magnetic coupling).

If you want to know about powering a passive tag (at distances of 25 metres or so) using UHF techniques, then you would need a directional transmit antenna to concentrate the radio wave power towards the tag. If you try and use an omni-directional transmit antenna (like a dipole or monopole) then you will transmit a lot of unused power into space. Think about how much light power a lamp produces and what miniscule fraction of that light energy is received by the eye.

But, if you are interested in exploring powering NFC tags (at distance) then, this is what my answer concentrates on. It's all about gleaning as much magnetic energy as possible to produce sufficient DC voltage to run a tag for a few tens of milliseconds.

What kind of reader is necessary?

Regards the tag responding to the reader, that's more problematic; at distances greater than a metre or so, it can probably only be accomplished reliably using regular UHF transmission.

Maybe also read this Q and A on UHF RFID Read Ranges - it covers the types of RF power levels and antenna needed to energize a tag at distance.

This answer is about how you can acquire sufficient energy to power a tag using the magnetic near-field. If tag and reader are close, then remodulation of the near-field to respond to the reader is viable. But, firstly you need to power the tag.

What the blog article doesn't say is important

What is not disclosed in the article are any details about the transmit and receive coils. For instance, in the plane of a 10 cm radius coil carrying 1 amp, the B field (magnetic flux density) at the centre of a single-turn loop will be 6.28 μT (micro teslas) and this is certainly a level that can be turned into electrical energy that can power a passive tag device quite easily. This is easily established as is shown further down.

How much flux density is needed?

At 15.5 cm distant from the above loop, the B field will drop to around 1 μT and we're probably on the edge of being able to convert that field density into usable volts to power a passive tag with a small sized receive coil so, take that as a benchmark when reading the rest of this answer based on my experiences.

if this technology really exists with a 25 meters range, and if it's really available for home DIY projects, or if it's still a professional high-end technology that requires high-price investment and/or weeks of engineering to make it work

As a comparison, a 10 metre radius transmit coil with 100 amps flowing will produce a flux density of 1 μT at a distance of 15.5 metres. Now 100 amps sounds a lot (and it is) but, with high grade capacitors and a decent driving circuit it can be done (but it ain't cheap).

A little bit about the calculations I'm doing

The following picture is an extract from a web-based calculator on HyperPhysics: - 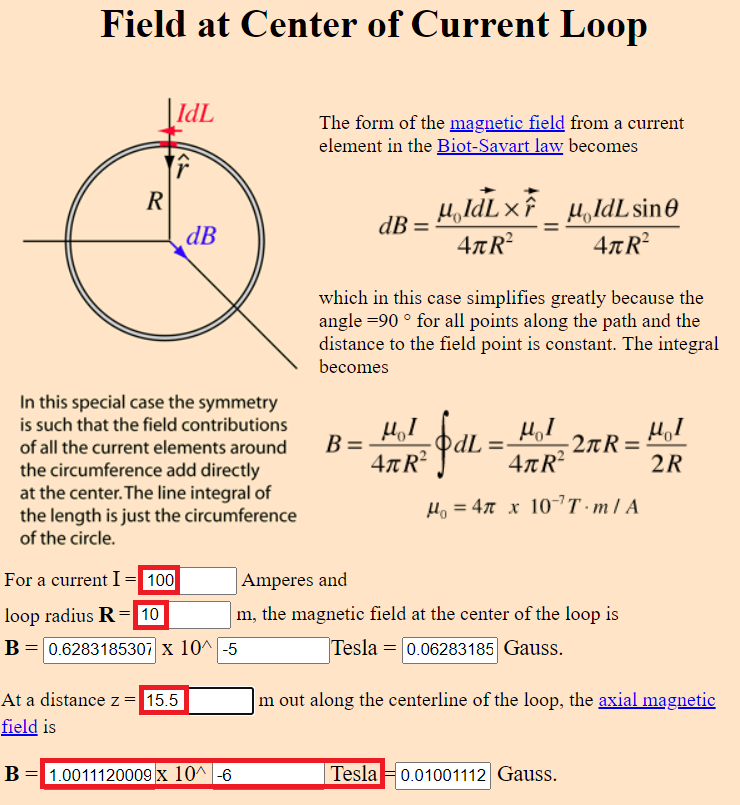 It's definitely worth having a play around with it.

Up until now, I've regarded the passive tag as having a "small sized" receive coil but, there's nothing in the blog that suggests this is the case (other than the assumptions we might make). What I'm getting at here is that when we calculate B (magnetic flux density) it's just a number we can use for making a comparison. It's the total flux through the tag's receive coil that is important when liberating enough energy to power the device.

So, if a small sized receive coil was assumed to be 10 cm radius, we could easily convert to "area" and make a not-unreasonable assumption that B was fairly constant over the whole coil area and, calculate the voltage induced. Then, with a decent tuning capacitor that voltage could be magnified by about 30 times (experience allows me say this), rectified and used to charge a capacitor to power the tag for a short time (a few tens of milliseconds). 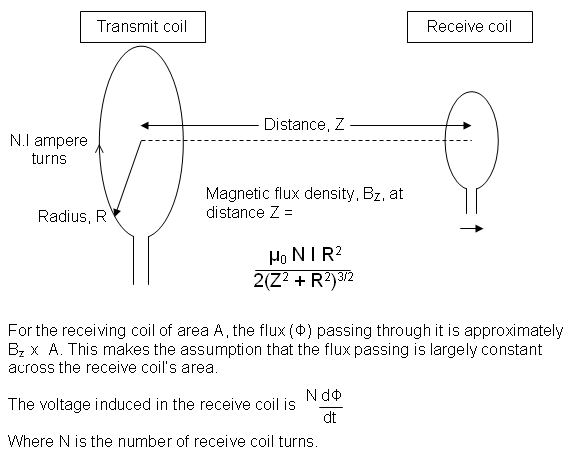 Above picture from this related Q and A

So, a 10 metre radius transmit coil powered with 100 amps produces a flux density of 1 nT at a whopping distance of 184 metres!

But, we know we don't like to run 100 amps through the transmit coil so, if we dropped that back to 10 amps (perfectly feasible without Litz wire or hyper expensive capacitors), 1 nT is present at 85 metres distant (still a very reasonable distance): - 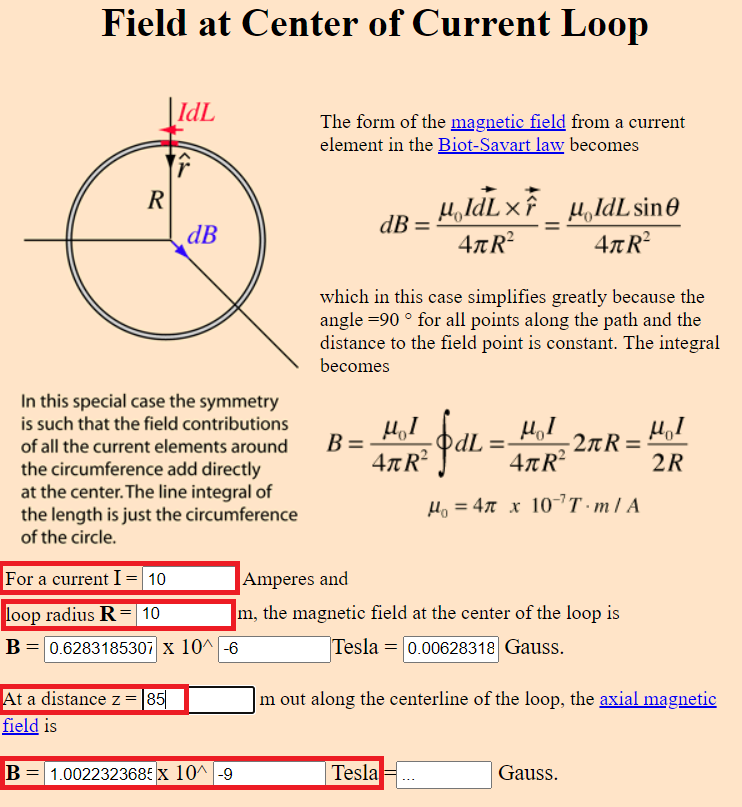 We might want to reduce the transmit loop size a bit to maybe 5 metres radius and the distance that we get 1 nT flux density is now 53.7 metres. With a 2 metres radius we can get 1 nT at a distance of 29 metres.

Does 1 nT and a single-turn 1 metre radius receive coil cut the mustard?

Sure this technology is available today, and the 25m is nothing compared to RFID application that were implemented back in the days, but it will require a lot of power.

In the '40 RFID was used to identify friendly aircraft by radar stations, by the way the idea of "powering something" from distance is very old in electronics and we can count lots of examples that range from spy equipment to space exploration.

RFID, like many other inventions it's "old stuff". Never confuse innovation with advertisement, and in recent years lots of old technologies are selled as new (read: old with name changed), with the sole purpose to create attention and sometimes just because a technology that were unadapt is now viable for the techno-environement.

At UHF you would go close to achieving 25m with a passive SAW device. I did some trials on some of these some years ago and we were reliably reading tags in cars on freeways with modest antenna gain. I would guess we were detecting reliably at 15m. A bit more antenna gain / more power / better tag would have achieved 25m.

A SAW tag is completely passive, there are no active devices that need to be powered, so they have the potential to operate at ranges higher than systems where some semiconductor device needs to harvest power from the reading signal.

The simplest ones I have seen use a surface acoustic wave device connected to an antenna. The SAW device is IC size. The tag is comparable in size to a credit card. In essence you interrogate them with a radar, your radar sends out a pulse that can get real reflections from obstacles up to say 100m or so. If the pulse is received by a tag that's relatively close, say 10m, receives the pulse and it enters the SAW device. The SAW device has reflecting fingers that cause pulse echoes to be returned, but the delay is such that they come back far later than and real radar echo from an obstacle. So the radar sends out a pulse, receives echoes from up to 100m or so (say for a microsecond), then at some later time, when real echoes are too weak to be received, the echoes from the fingers on the SAW tag are received. Modern readers use large BT waveforms or FMCW to interrogate the tag rather than pulse radar. Read the review article at the end for more details.

Here's a recent claim of SAW tag technology that does 60ft:

Not sure if these are available / suitable for DIY jobs. Depends on your skills, but if you can get a tag, to read it you need to make a radar. These are completely passive devices.

Here's a review of SAW tag technology - better descriptions and drawings than I can do: https://www.researchgate.net/publication/41825164_Review_on_SAW_RFID_tags

Not the answer you're looking for? Browse other questions tagged rf rfid or ask your own question.