Above is the output characteristics graph of IRFZ44N mosfet. As we can see, the output for various Vgs values are plotted. The highest two Vgs values (10v, 15v), have their Vds points halted below 10v whereas other Vgs values have their corresponding vds output going all the way above 10v. So is that means at vgs above 10v, the corresponding Vds output will be limited at that voltage range? Or else they are for some other reasons? 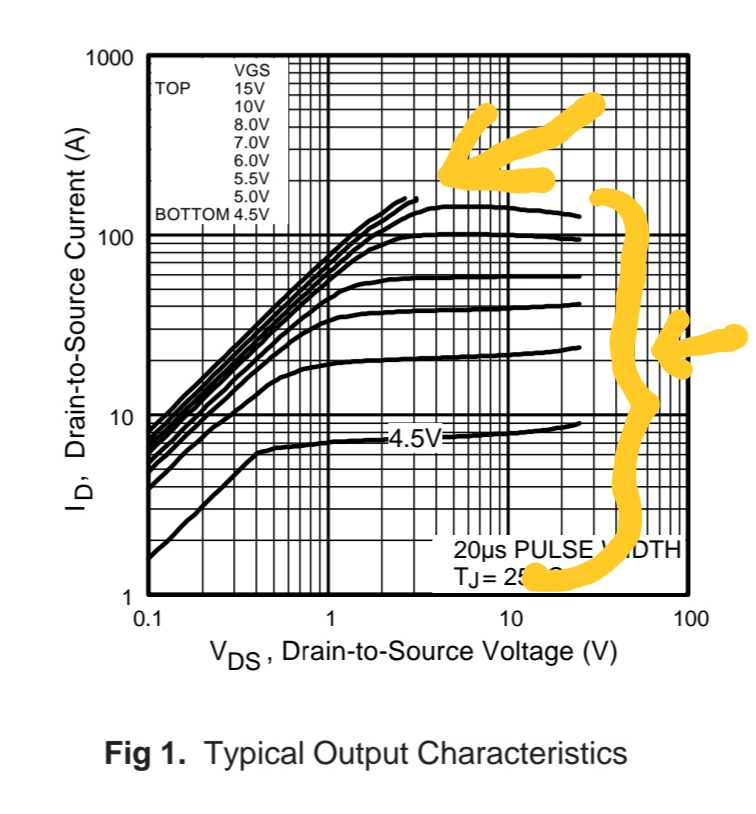 The lines are cut off due to this spec for the part.

(From manufacturer data sheet for IRFZ44N)

Vishay Siliconix indicate a higher rating of 200A but these should levels ought to be avoided.

1
Drain current as a function of temperature
1
Relationship between Vds and Vgs- MOSFET
1
Understanding MOSFET ouput characteristics on a log-log scale
2
How to interpret Vgs(th) min/max in a MOSFET datasheet?
3
MOSFET input capacitance variation with Vgs
0
Average resistance of MOSFET output characteristics
1
Finding Kn from ID vs VDS graph
0
MOSFET goes into saturation mode much later