So, recently while making a project, I thought of a way to switch between 2 power sources just using a single 3 pin slide switch. Would something like the image below work? Where I connect a common ground to the middle pin and 1 power source to each other pin. 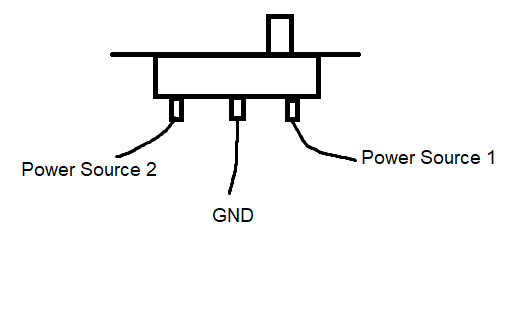