Ask Question
Asked 2 months ago
Active 1 month ago
Viewed 92 times
-2
\$\begingroup\$
Closed. This question needs to be more focused. It is not currently accepting answers.

I understand the title seems too broad but it's a bit specific and I'm totally new to the communication stuff, so please bare with me. If the question is too broad, please provide some suitable links that I can look upon.

Now I'm given a simulator pyModSlave and a USB driver, that has two output pins. 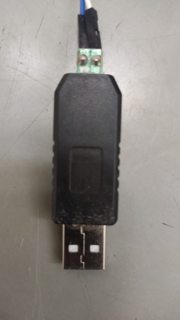 I've a MAX485 (to be honest, I'm completely lost as to what this does) 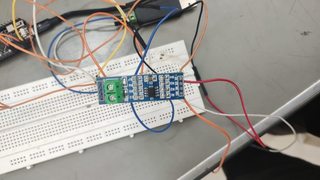 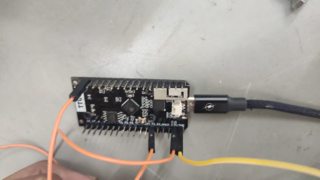 RS-485 is a standard defining electrical characteristics of a serial link. It dictates electrically how multiple devices can send 1's and 0's to each other over a differential bus. What voltage levels represent a 1 and a 0, Impedance of the cabling, etc.

It doesn't define the protocol - i.e. when devices should talk to each other, what they should say, what the 1's and 0's mean. For example, you could send this:

But it doesn't mean anything without a protocol defining how to interpret it.

MODBUS is a communications protocol. It defines what devices should send to each other and when. There are set of rules that devices must obey in order to ensure they are interoperable.

I'm not going to go into detail on the protocol in this answer as there are hundreds of resources online, for example this document from the MODBUS organisation themselves.

In the case of serial transmission over an interface such as RS-485, you will likely be using the "MODBUS RTU" protocol, which is specifically designed for serial links.

I've a MAX485 (to be honest, I'm completely lost as to what this does)

It's a TTL UART to RS-485 Converter, to allow single-ended logic level signals (such as those from a microcontroller IO pin) to be electrically interfaced with an RS-485 bus.

RS485 is a hardware specification like RS232 but for noisy situation. you don't have to deal with it since it's already done internally in both the usb converter (pc side) and the max232 (esp32 side).

Now since you asked about USART. you can forget about modbus and and exchange data using the UART with a start/stop bits...

Addr : Address of the device that you want to send to data to (since many device can be connected in the same line(bus) in the RS485 specifications)

CRC : check if the data is not corrupted after transmission (happen if many devices are in the same line try to communicate simultaneously, or if the line are too noisy too long ...)

Now you have to use google to read more about that.

Not the answer you're looking for? Browse other questions tagged arduino communication esp8266 protocol or ask your own question.