LED driver: how to choose current and voltage?

In my project I have a microcontroller which has to light 3 groups of LED. Group A has 3 LED, Group B has 2 LED, Group C has 1 LED. There are all the same LED. In each group the LED are in series. 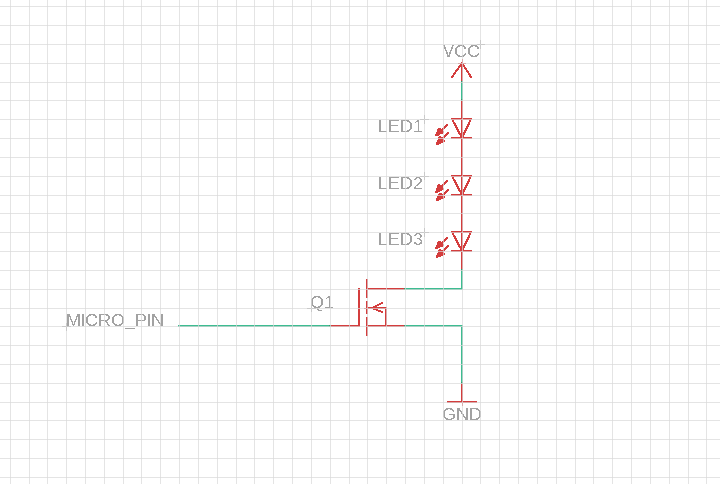 VCC is obtained from a positive voltage regulator. The lighting of the group is controlled by an MOSFET which acts as a switch. The microcontroller is driving this transistor open or close.

I have never done this before so I have questions :

A schematic would definitely help. In general, LEDs don't regulate the current themselves, so you'll need a way to bias them. Most simply this is done with a series resistor. For instance in your group A with 3 LEDs and 3V forward drop across them, would give 9V across the LEDs as you mention. You'll need the regulated voltage to be greater than that, let's say 10V for starters. This would give 1V drop across the series resistor. Choose the value of resistance to set the current.

The higher the voltage used, the less susceptible the circuit is to differences in component parameters, but will dissipate more power. With that in mind, you'll have ensure that all parts meet the power requirements as you mention 1A through the LEDs, which is quite a lot using this method. With that amount of current, maybe consider using an LED driver chip.

In the second example, the power dissipated in the resistor is substantial. It would be 7.6W, so you'd need a 10W resistor with adequate ventilation.

Not the answer you're looking for? Browse other questions tagged microcontroller led mosfet led-driver or ask your own question.

0
Current too low at forward voltage of power led
0
How does a TLC5917 LED Driver work?
2
How does this LED string work?
1
Diode (LED) forward voltage in series and parallel
0
How do I know the input current of a LED driver?
2
LED Driver IC Current Setting and Switching Frequency
2
LED driver operation vs boost converter operation