How to invert PWM signal on STM32

I am trying to control a WS2812 LED with STM32F103. The LED is a digital RGB LED also known as Neopixel. They are controlled by sending 24 bits of color data per LED to the first LED's data pin.

The STM32 is 3.3V and the LED is 5V. To be able to control it I put a transistor in between like this: 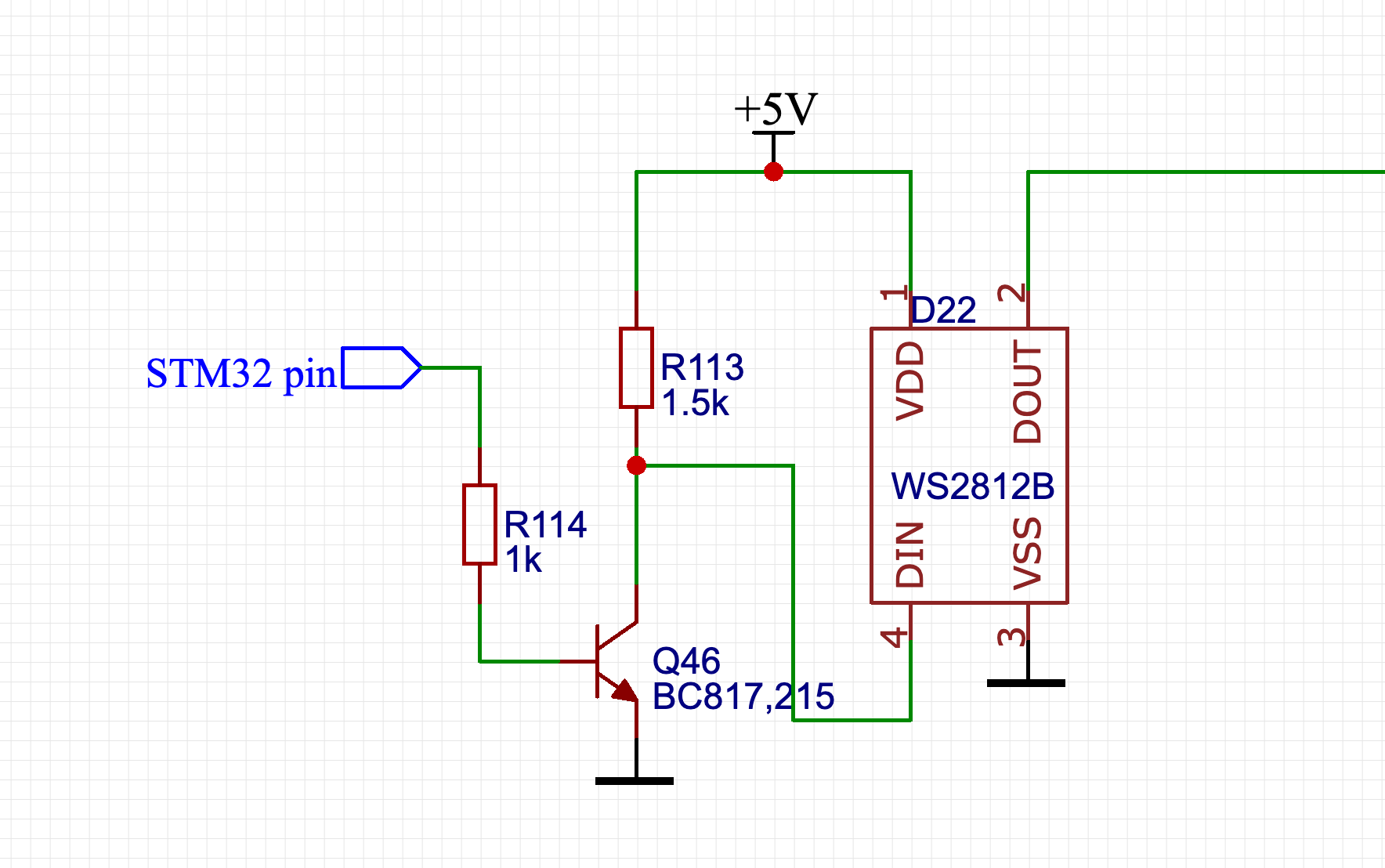 This solves the level shifting problem, but causes another one: now the data signal for the LED is inverted. When the STM32 pin is low, LED data is high and vice-versa. I USE Timer PWM and DMA to control the LED. I pass the buffer with color value bits to DMA like that:

This produces a nice PWM signal on MC pin. Here is how a bunch of zeros at 800KHz look like:

But the transistor inverts the signal making it useless:

I need to pass the inverted signal from the MC pin somehow. So that the transistor will UN-INVERT it back. Is there a way to invert PWM/pin signal completely? So that MC pin is always HIGH by default, so that LED data line stays LOW?

OCx polarity is software programmable using the CCxP bit in the TIMx_CCER register. It can be programmed as active high or active low.

So you need to look up the bit assignments of that register and set/clear the bit as appropriate, or look at the API for abstraction library you are using and ask it to do this, for example set the appropriate struct value documented to control inversion, or if such does not exist modify the library source or in extremity even change the hardware bit behind the library's back.

For example, since it looks like you are using the STM32F1 HAL drivers, in your instance of an TIM_OC_InitTypeDef you would set OCPolarity to either TIM_OCPOLARITY_HIGH or TIM_OCPOLARITY_LOW. I will refrain from guessing which you should use (easy to just try both) but as the first has a value of zero, if you have zeroed the struct to start and not yet set anything that is probably what you have, so the second is probably what would give a different result from what you have been getting.

Ordinarily for something like this, software pre-processing of the values could work, and I'm not 100% sure that cannot here, but it would be tricky as in your depicted Manchester-ish scheme the framing period of a of a hi-low is consistent, but that of a low-hi spans two different bits and varies as a result. Besides, you already paid for the on-chip hardware inverter. If you didn't have the hardware inverter, something that probably would work would be to approximate the signal in thirds and clock 110 or 100 sequences out the GPIO via DMA at 3x the bit rate (or using a synchronous serial peripheral). That's also a handy solution if you ever need to do this kind of thing on pins that don't have timers. If you don't have much else for the processor to do you could also potentially do one channel in code using semi-calibrated delays (the timing doesn't have to be all that precise).

FWIW A non-inverting level shifter can also be a common base (CB) amplifier. 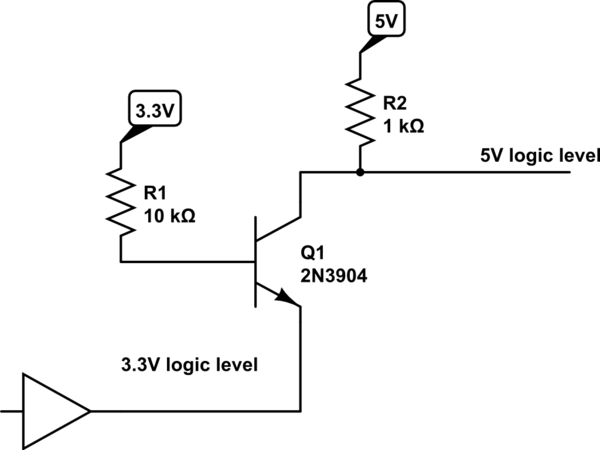 So you can change the code or 2 cuts and 2 jumpers.

Not the answer you're looking for? Browse other questions tagged pwm stm32 dma ws2812b or ask your own question.

3
PWM driven LED array over a shift register
0
STM32 Timer Function Generator
1
STM32 DMA short data burst buffer speed limitation
1
stm32 gpio to dma
0
STM32f103 DMA with PWM repeating values
0
How to configure PWM on STM32F429I-Discovery Board
2
stm32 which timer and DMA channel should I use?
0
stm32f1xx how to use DMA to write to TIMx CCR
1
How to interface with an H-bridge IC (L298N) using a single PWM pin