Is the transformer leakage inductance increasing or decreasing VS. size

I have built an sine filter for a small inverter that feeds a transformer 250VA. The filter is basically a LC filter, that uses leakage inductance of the transformer with a capacitor connected in parallel to the secondary with a small value damping resistor.

I did use the function generator and scope to tune the resonating frequency so that is below switching frequency of the inverter and higher than highest possible fundamental output frequency. But this was tight tune: \$F_{SW}=8kHz, \ \ F_{OUT_{max}}=400Hz\$

Now they simply changed the inverter and the transformer with more powerful one. Now I would like to ask what should I expect: 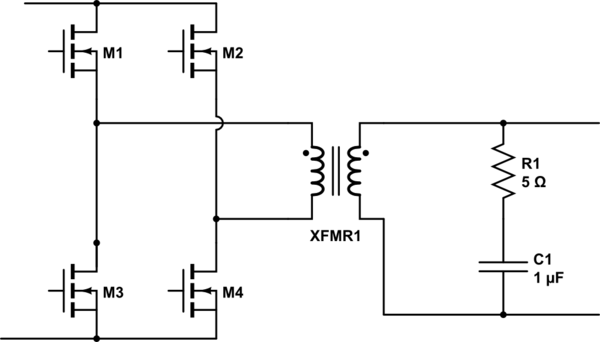 But you're comparing apples with oranges here -- in general this would be the case, and I would certainly expect that if I were shopping for transformers from a manufacturer that cared about consistency and quality that in general inductances would be roughly proportional to rated current divided by rated voltage and divided again by rated frequency. In fact, I'd expect smaller transformers to be "cheaper" in terms of all of their specifications compared to ideal.

What I would not expect, however, would be that such trends were followed strictly, or that a manufacturer that doesn't care about quality would necessarily do what I expect -- even to the point of delivering product that actually performs as rated.

So -- read the data sheet carefully, trust the manufacturer as far as you can throw their reputation, and if you're working on some one-off project with off the shelf or surplus parts, measure what you've got before you trust it.

Not the answer you're looking for? Browse other questions tagged transformer inverter inductance resonance passive-filter or ask your own question.