How can an optocoupler detect the zero cross point in an AC wave? 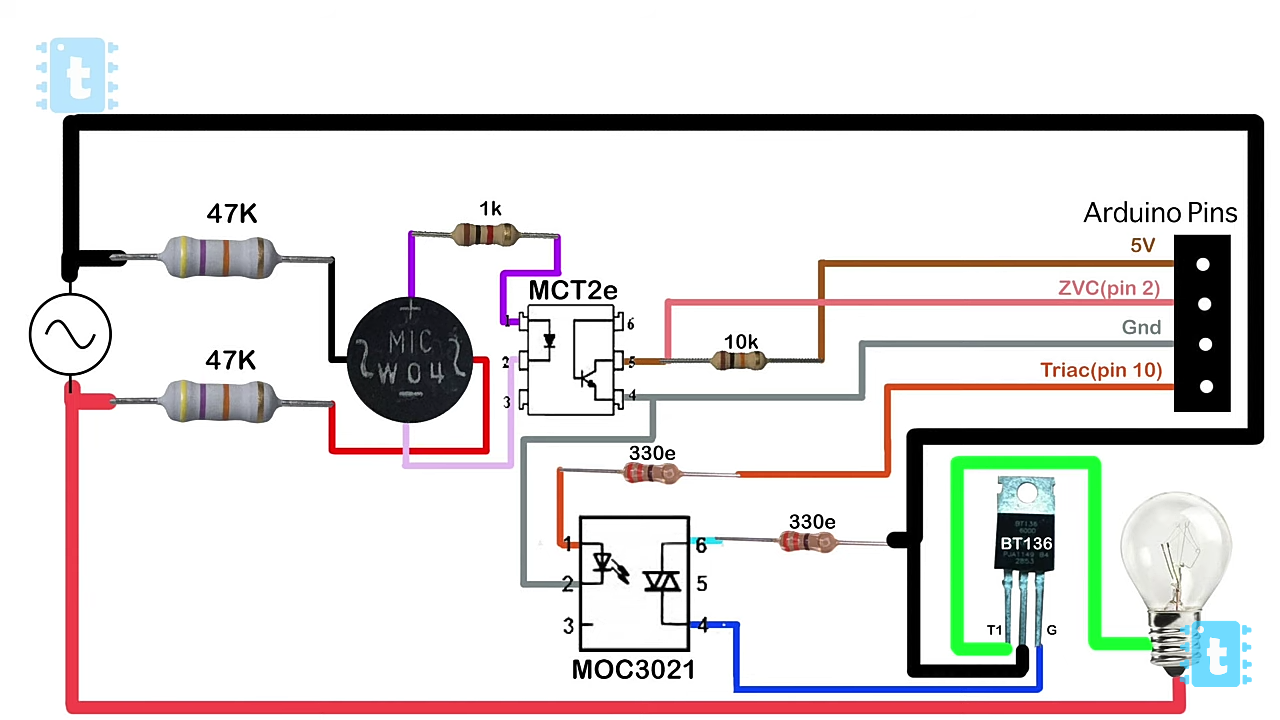 So I got this circuit which I understand it all except there is a part I didn't understand in the circuit so that's why I am asking here for help. 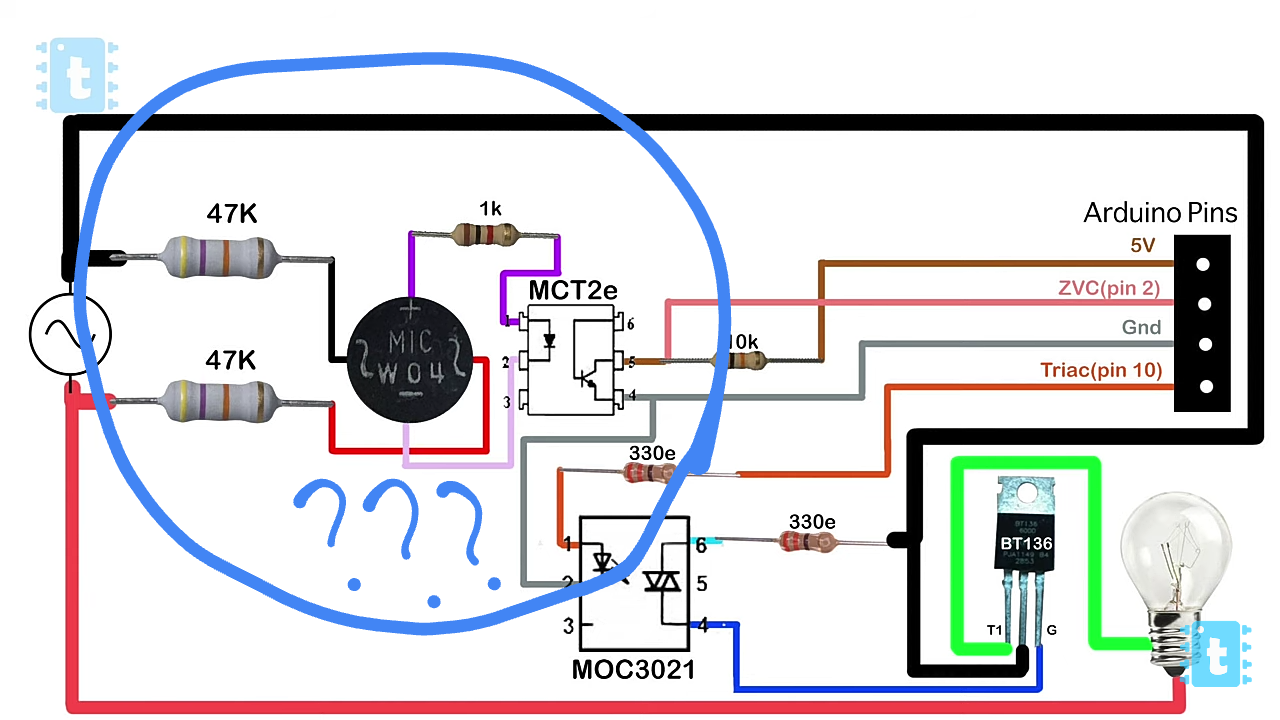 So my question is concerned about this IC the MCT2e which I think is an optocoupler, how can this IC detect the zero crossing in the AC wave ? Although the input in this IC is rectified using a bridge rectifier ? And also what is this IC properties ? Can any general purpose optocoupler be used or there is special specs. For it ? in short I want to know the principle of how this part of the circuit works in order to detect the zero crossing point in the AC wave.

The rectifier 'rectifies' ('puts right' or 'corrects') the negative halves of the AC cycle to make the voltage always positive, but doesn't make it smooth. It still goes down to zero at the end of each half cycle.

Here's the result of an LTspice simulation of your circuit:- 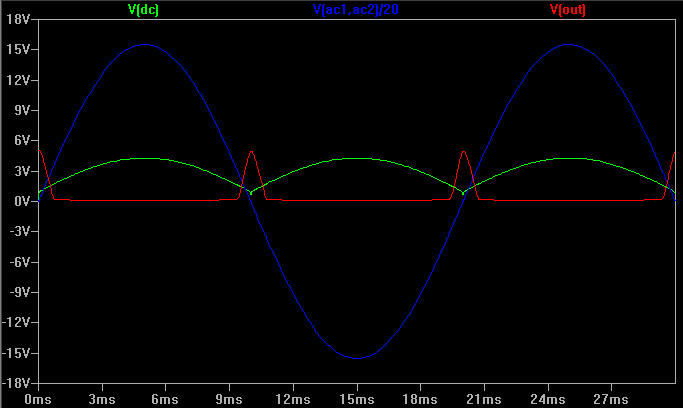 The blue trace is the 220V AC mains (divided by 20 to make the other traces more visible). Green is the rectifier output voltage, and red is the outocoupler output (ZVC).

The LED in the optocoupler shines light on the phototransistor, which then draws current proportional to the LED current. As the rectified voltage drops close to zero the LED gets less current, so the transistor draws less current and the voltage at pin 2 (ZVC) rises. This tells the Arduino that the mains cycle is close to the zero crossing point.

Optocouplers are used to safely send signals between circuits which operate on different voltages. This is called galvanic isolation because there is no direct electrical connection between the input and output. In this circuit the rectified voltage is still at mains potential so optocouplers are required to isolate the mains from the Arduino, allowing it to be connected to other equipment and handled without getting an electric shock.

The MCT2e is a standard optocoupler (similar to 4N25 etc.) with a minimum current transfer ratio (CTR) of 20%. Any optocoupler with similar specs should work fine. If you use an optocoupler with much higher CTR then the zero crossing pulse will be a bit wider due to its greater sensitivity.

Not the answer you're looking for? Browse other questions tagged opto-isolator triac or ask your own question.

2
How to use a phototriac coupler to trigger the main triac?
4
What does 'random phase' means in a triac driver?
9
When should I fire the TRIAC's gate when controlling an inductive load (AC motor)?
1
How do I select an optoisolator to both provide zero crossing to a uC and controll a triac?
2
Controlling multiple triacs with microcontroller for light dimming: where to use optoisolators
2
Simple light bulb operated by button and optoisolator triac
3
Why do we prefer zero-crossing optotriacs for driving triacs?
4
Zero-Cross detector problem
0
Zero crossing detection and Light dimmer
1
Current zero cross detection circuit off of triac