Why does LTspice have a hard time to simulate this?

update : when the two-transistor structure is replaced by a darlington model provided as spice model by the manufacturer, the gain dependence of stable waveforms disappeared. Now, without those gain setting resistors, everything is fine. 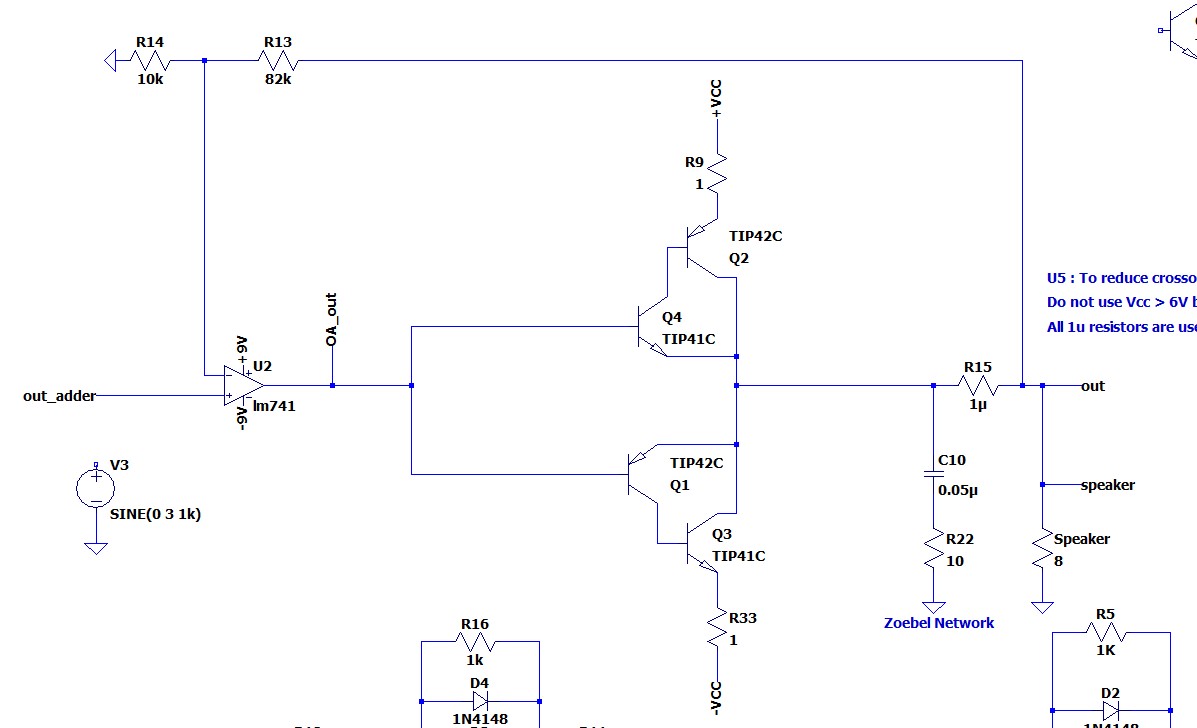 If the circuit is like that, when the opAmp is connected to out node with R13 and R14 gain mechanism, everything is fine. It simulates easily and plots nice waveforms.

However when I decrease the gain, by deleting all gain mechanism(making direct connection to out node from inverting input) or by just setting R13 to 1k(to lower gain again); it really stucks while simulating(transient). The simulation speed is comperably slower than the first case and also the drawings of waveforms related are like these:

or a close lookup

So, it is not about the values of resistors because I have tried with 82 and 10 and it was nice. It is about the ratio of R13 to R14, which is the gain simply if I am not wrong.

Vcc is 7 volts and the signal at the non-inverting input is a sinusoidal wave 1Vpp at 1kHz.

Browse other questions tagged operational-amplifier ltspice or ask your own question.

3
Can I simulate any component with LTSpice?
1
Why does this dual summing op amp have this equation?
15
Why doesn't LTSpice predict this op-amp oscillation?
5
Simulate isolation transformer in LTspice
0
First time using LTSpice
0
How to simulate this pulse in LTSpice?
0
Why am I having “Time step too small” error for this circuit in LTspice?
2
Why does LTspice XOR gate have more than two inputs?
2
LTSpice simulate log amplifier