hope everyone is having a good couple weeks before Christmas, I was given this question for an assignment

How would you use an opto-isolator to sense a switch status in a 24VDC machine control circuit and transfer this status to a 3.3VDC/5VDC microcontroller input (something like an arduino uno). Explain how your circuit works. (this was posed to me as a general question, so i would assume the 24VDC motor circuit would have a transistor and diode for protection). NOTE***: I've only sim'd the 24VDC source in this case 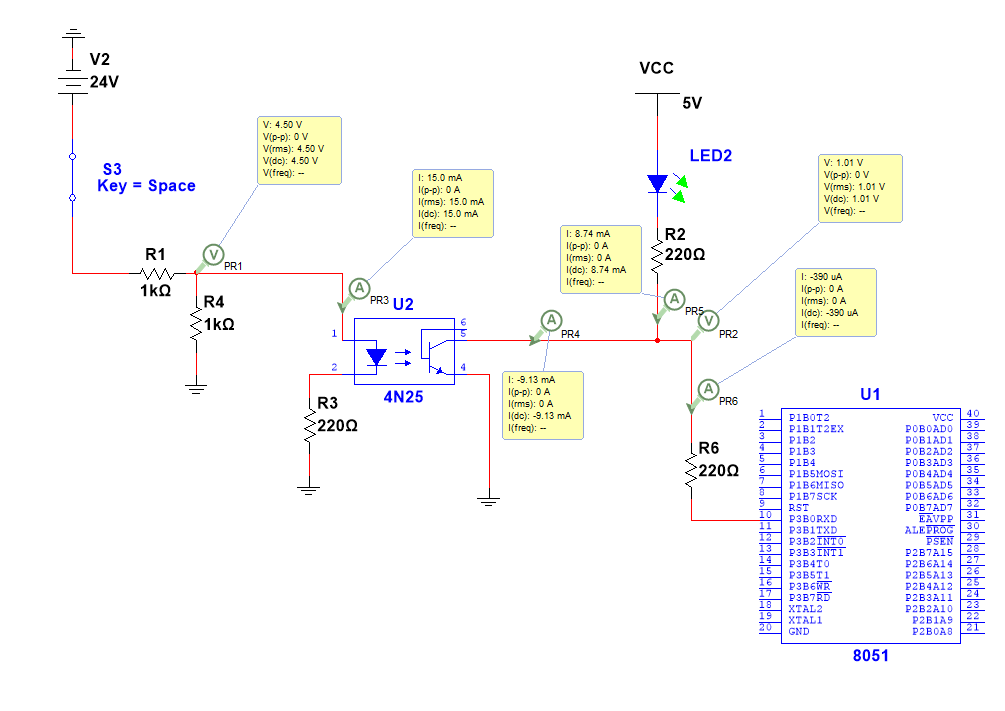 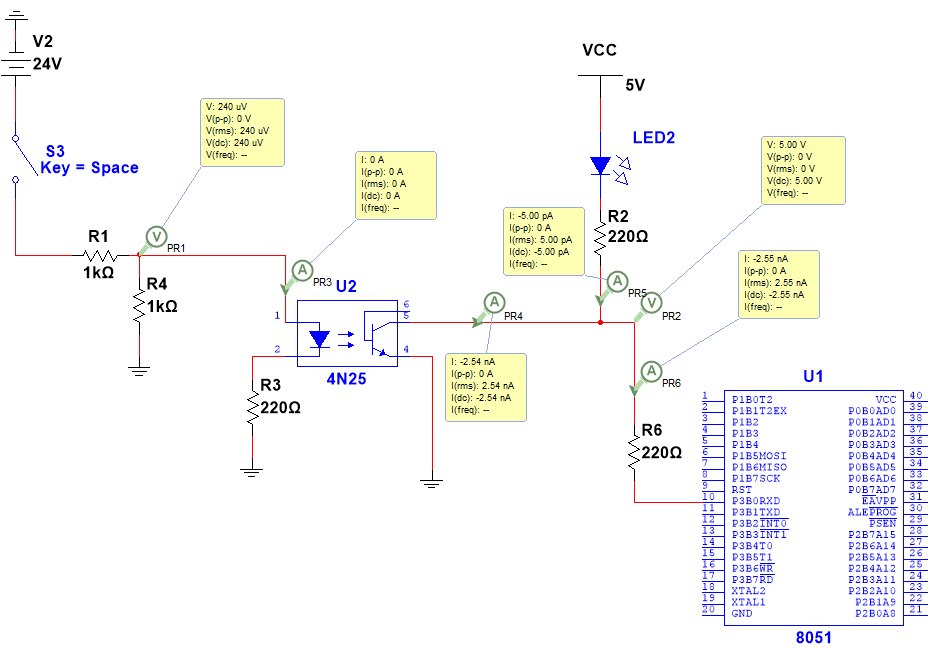 You don't need the R1/R4 divider. Eliminate those resistors and choose a value for R3 that limits the LED current. It looks like setting R3 to 2.2kΩ would give you about 10mA maximum through the optocoupler's LED. I didn't look at the 4N25's datasheet...you might be able to go down to 5mA or so.

Not the answer you're looking for? Browse other questions tagged voltage-divider opto-isolator optoelectronics or ask your own question.

0
Debugging a garage door opener circuit with an optocoupler and mosfet
3
Debugging a PIC16F84A interface with a 4N25 optocoupler
2
isolated input circuit to check regular switch or photo-transistor
0
Isolated mosfet switching circuit
1
Optocoupler works with led but not with camera shutter
4
How to select a good optocoupler for uart to 20 mA current loop converter?
0
Dynamic range of voltages for ADC input controlled by software
0
Reading isolated multichannel input with voltage drop on all channels
0
Rise time of 6N136 opto-coupler