Driving torque and load torque of a pmdc motor

I've done my research but couldn't find a satisfactory answer. I would appreciate if the answer was told with a fundamental concept to it.

Shown in the figure is a simple pulley system with a weight attached to it. The centre of the pulley (of radius, say R) is connected to the output shaft of the PMDC motor.

When I switch on the supply, the motor starts to rotate and produces a torque called the driving torque. The weight attached also produces it's own torque because it's a force acting at radial distance. Let this torque be the load torque.

My teacher says that as the pulley rotates at constant velocity, the torque produced by the motor = the torque due to the load (as there is no acceleration). 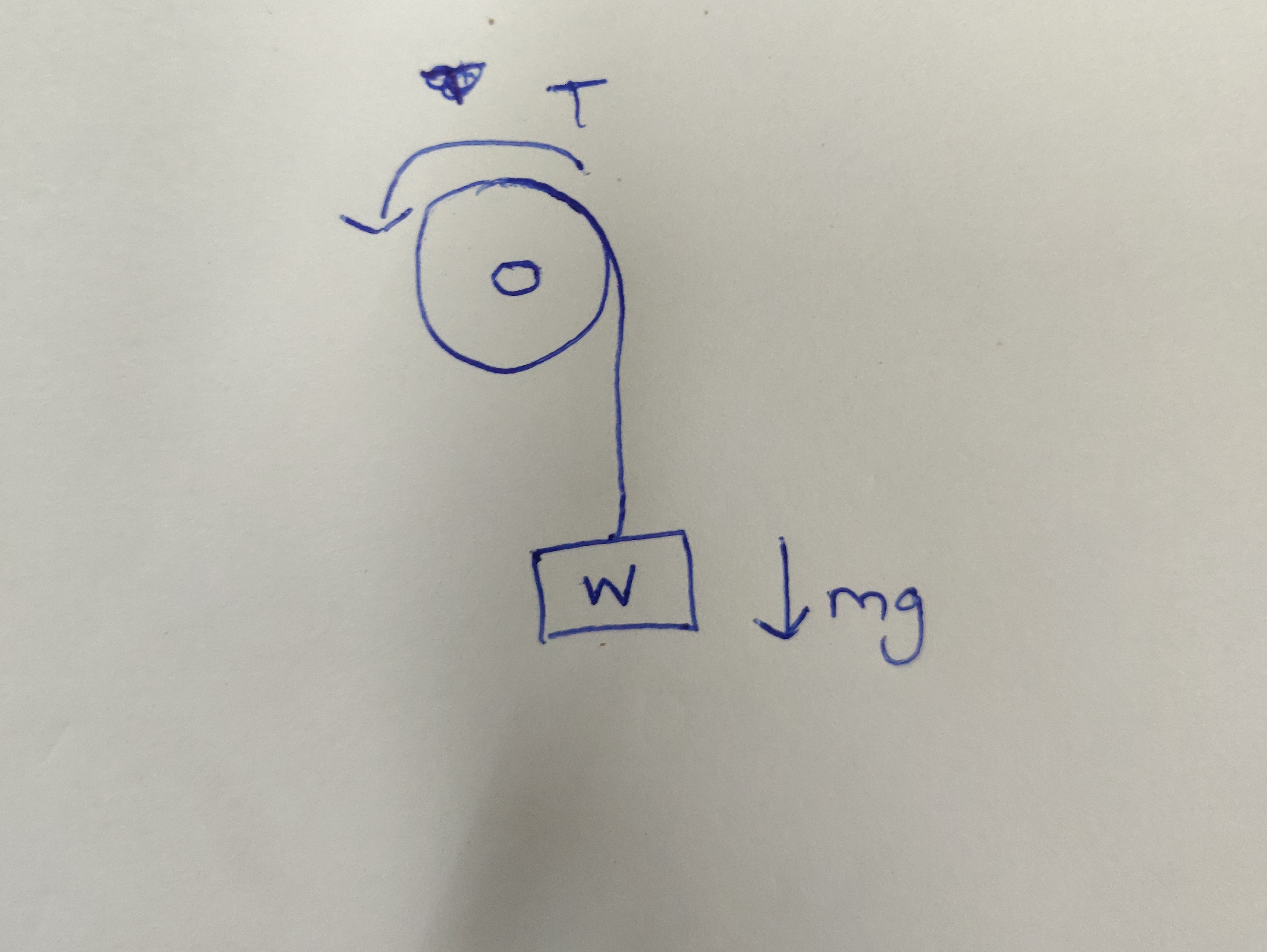 No, it doesn't necessarily be stationary.
Consider the translational example of a car driving on the road. To accelerate, it needs a needs a remaining force. But when the force of the motor that pulls the car forwards and the friction forces that work against it, cancel each other out, the car will move with constant velocity.
Likewise, when the torque due to the weight = the torque due to the motor, the disc will rotate with constant angular velocity and the weight will therefore have a constant velocity as well.

If the torques are equal then the weight is stationary.

That power defines how quickly a weight is lifted through a certain height and is also the power of the motor's shaft (\$2\pi n T\$). That takes us to torque (T) and speed in revs per second (n).

A generalized motor may indeed produce enough torque to accelerate the weight too much. Sometimes folk use a control system to regulate acceleration and final velocity.

1
Understanding electric torque of a motor

2
Which electro motor to use for steering a kite? (guestimation marathon)
7
Result of constant current through DC motor under different loads
2
Start up torque on DC motors
0
Relation between torque and speed in a dc motor(say dc shunt motor)
2
Tension control using a DC motor
1
stepper motor constant speed under load?
2
Sizing a motor for a conveyor
0
How does gearing affect power generated by a permanent magnet DC motor?
0
Producing a small homemade generator with reduced cogging torque