Does this Root Locus analysis contradict my understanding of Nyquist stability criteria?

I have been trying to theoretically analyse the operation of a 741 op-amp from a stability point of view by firstly deriving its open-loop transfer function. 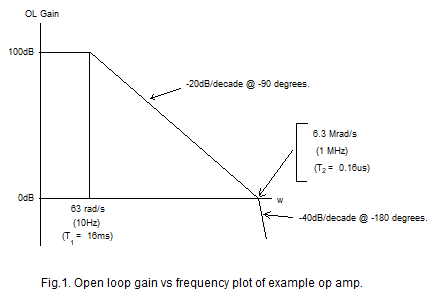 From the above plot, I generated the open-loop transfer function. 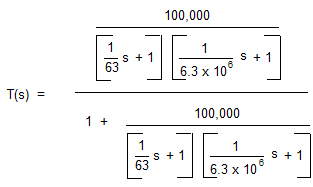 Here is the characteristic equation which is equated to zero.

By entering a range of values for k into the above equation and solving for s using the following equation….

….I get the pole plot below on the s plane. The arrows represent increasing k values. I’m pretty confident about this plot because I have seen the same plot for a second-order system on various web sites. 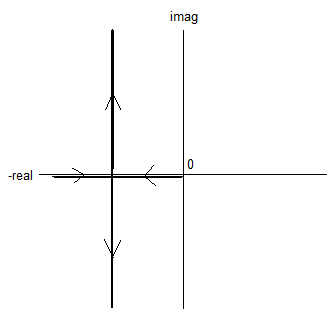 My problem is this. I know from fig.1 above and from Nyquist stability criteria that increasing the dc open-loop gain will reduce gain and phase margins. As open-loop gain k increases, the loop gain will get down to unity at a higher frequency where the loop phase lag is nearer -180ᴼ thereby reducing stability margins and moving the op-amp closer to oscillation. (The phase lag should never quite reach -180ᴼ because this is a theoretical 2 pole amplifier). Why then doesn’t the root locus plot converge on the imaginary axis on the s plane as the dc open-loop gain k is increased. The plot is vertical. I think I am misunderstanding something.

The only thing you're misunderstanding is that those vertical root loci do, in fact, imply and ever-diminishing phase margin. They're describing a system that goes resonant, with a Q that increases (or \$\zeta\$ that decreases) as the gain goes up.

That increasing Q is indicative of ever-diminishing margins.

(And just to note, even though you seem to understand this already: the real circuit has more poles, off to the left of the one at 1MHz. In the root-locus view those poles will push the locus to the right, because root loci tend to go away from poles and toward zeros; that would make the system unstable. In the Bode-plot view, of course, those poles would add more phase shift; that's just a different view of the same phenomenon.)

Not the answer you're looking for? Browse other questions tagged operational-amplifier stability root-locus or ask your own question.

4
What does it mean for amplifiers to be stable only down to N gain, where N > unity?
0
Obtaining stability information from Bode plots
6
Why does the LTspice op amp stability tutorial recommend open loop analysis?
2
According to the Nyquist criterion this system is stable but when I apply an impulse I get an unstable response, why?
0
Bode plot gives negative stability margins for a stable plant
1
What is the significance of phase margin in an open loop amplifier?
1
Closed loop system stability with Bode
1
Trouble with meeting design specifications of a second order system using Matlab