What are the disadvantages of using a Zener diode over a linear voltage regulator?

I wonder why a Zener diode is worse than linear voltage regulator.

1) When using a Zener diode as the regulation element like in this circuit: 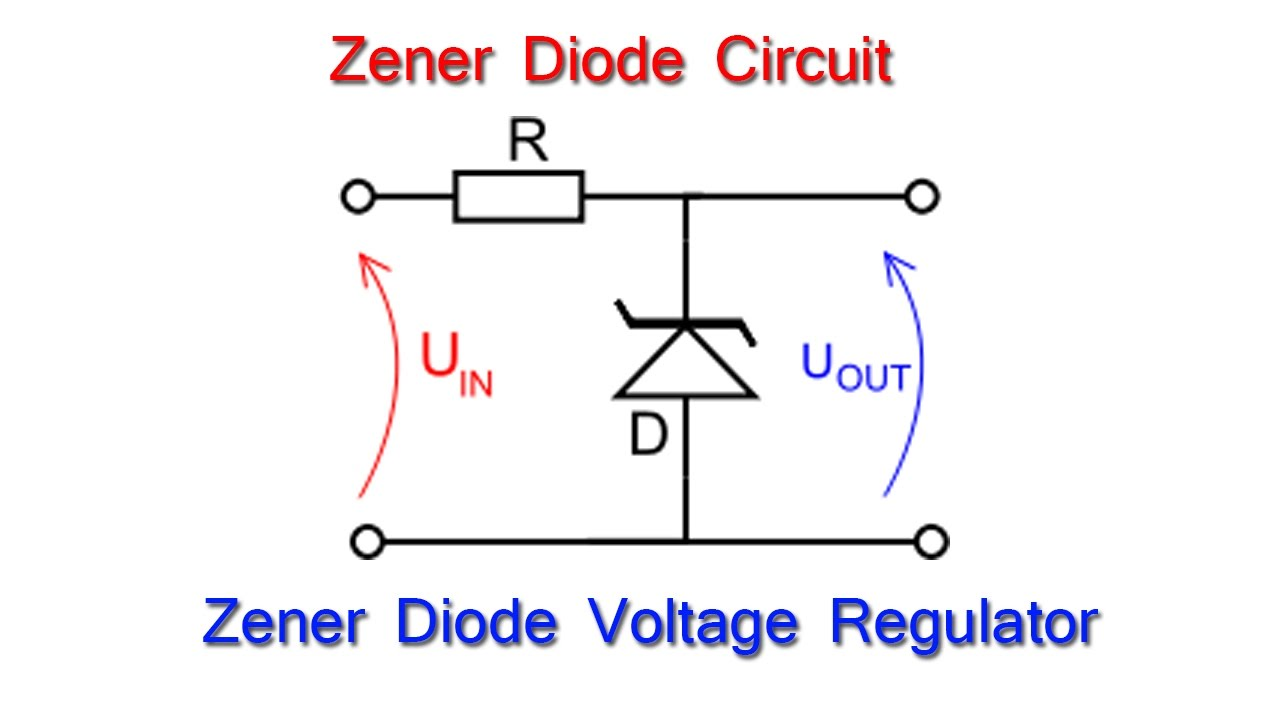 Why would I use this circuit then? 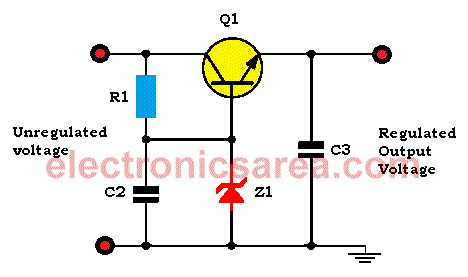 form a series regulator (not shunt). These regulators have the advantage that they consume only as much current as is needed. When the load takes no current then there is only a small amount of power used.

These circuits are slightly more expensive as a transistor is needed or a voltage regulator chip like the LM7805.

2) Saying that the LM7805 is a bad regulator because it just "burns off" the excess power isn't telling the whole story. The LM7805 (and LM317 and similar) are still used a lot so they clearly have their purpose.

Fact is that for loads that do not need a lot of current, let's say up to 100 mA, then these linear regulators are a good choice.

Only when you need (a lot) more current then it might be more efficient (less power turned into heat) when a switching regulator is used. A typical example when to use a switching regulator is to convert 12 V (car or solar panel battery) to 5 V (USB) for powering gadgets. Then a current of up to 2 A might be needed. At 12 V, 2 A, a linear regulator will need to "burn off" 7 V at 2 A, that's 14 watt which requires a substantial heatsink. Even a cheap switched regulator like an LM2596 can do that much more efficiently without the large heatsink.

So don't think that some circuit solution is always better than the other. It is more complex than that. What the most optimal solution is depends on what is needed. Like input voltage, current into load, cost etc. In the real world engineers use all of the solutions I have shown here, they choose the one that best suits a certain situation.

Then you have the situation you have described. The Zener diode has to pass or "shunt" all the current not drawn by the load.

It's a good regulator because it regulates the voltage well and that's its job. It is not an efficient regulator and switching regulators are better from that point of view.

In my understanding, the power dissipated in a Linear Voltage Regulator can be calculated by Dropout Voltage x Current. Power converted to heat.

What if I connected my Zenzer Diode with my load in series?

Then your load gets a fixed voltage drop from the supply. Let's say you had a supply that varies from 8 to 12 V and you put a 4.7 V Zener in series then your load would get 3.3 V to 7.3 V with that supply. That would not be considered a voltage regulator.

This is more like an extended comment on @Bimpelrekkie's answer than really an answer in and of itself. I'm just going to outline a couple more cases where a linear regulator can make more sense than a switching regulator.

@Bimpelrekkie pointed out that a linear regulator can make sense when you're not drawing much current. I'd add that it can also make sense when the input voltage is very close to the output voltage. For example, years ago I designed a little circuit that used 3.3V parts, and needed to plug into a system that supported CAN bus devices with a 3.5V supply. It could (worst case) draw up to around 2 amps, but since it was only dropping 0.2 volts, the maximum power dissipated in the regulator was around 400 mW. This (like most CAN bus "stuff") was in a car, so the extra power consumption wasn't a big problem in itself.

Second point: a linear regulator produces much "cleaner" output. A switching regulator basically does PWM so you have pulses of voltage coming out of the switch. You then run that through a filter to smooth it out to something approaching a constant DC voltage--but you still end up with some ripple. The ripple level can vary depending on the current you're drawing (and tends to be inversely proportional to current draw, since reduced draw means reduced duty cycle). Particularly for some analog circuitry, you may nearly need a linear regulator to reduce ripple to an acceptable level.

Putting those together leads to a fairly common design: start with a switching regulator to get your voltage very close to (but just a little higher) than what you need. Then follow that with a linear regulator that just has to remove the ripple. Between the two of them, you can get extremely clean, ripple-free output but still keep power dissipation to a minimum (albeit, at the expense of a somewhat larger, more complex regulator). 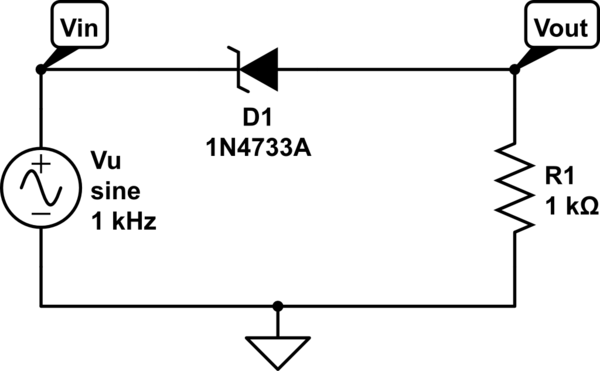 If you use a Zener diode in series, you will actually deregulate your load. Since the Zener drop (Vin-Vout) will be pretty much constant (if you get to its operating conditions), then the rest of your unregulated source (Vin) will be dropped in your load (Vout), which is opposite of what you want.

The LM7805 is a very old regulator. Yet, it is still very good regulator at what it does: providing a regulator with lower power dissipation than a Zener diode, in a small package and small component count (which also means small board space, specially considering when it was first introduced), low output noise and very cheap. Specially for the cheap part!

If you favor one of those features in particular, you may choose other regulators. If you want even lower power dissipation, if your current need is high enough, a switching regulator might be a better option, but it has the drawback of having higher noise and EMI, is more expensive and requires more external parts, specially the inductor. If you want smaller, there are other, newer regulators that are better suited, though they usually support lower currents. If you want cheaper, the Zener might be a better choice, but you get a constant current usage, no matter if your load uses it or not, which is bad if you operate from batteries.

And talking about newer regulators, there are some linear regulators out there that are much better than the LM7805, in power capacity, lower quiescent current, size and other stuff. However, they'll hardly be cheaper.

What if I connected my Zener diode with my load in series?

This is another useful application of the Zener diode acting as a voltage-stabilizing element. We can figuratively name it voltage shifting. Here are a few explanations of this circuit trick.

But Zener diodes are not true sources in the sense they do not produce energy (voltage); they consume energy (voltage). So, the more correct viewpoint is to think of them as of "dynamic resistors". When the load current IL varies, they change their static resistance Rz so that to keep the product of both variables (the voltage Vz) constant - Vz = IL.Rz. For example, if Il increases, Rz decreases with the same rate... so Vz = const.

What if I connected my Zener diode with my load in series?

This is another useful application of the Zener diode acting as a voltage-stabilizing element. We can figuratively name it voltage shifting. Here are a few explanations of this circuit trick.

"Dynamic resistor". But Zener diodes are not true sources in the sense they do not produce energy (voltage); they consume energy (voltage). So, the more correct viewpoint is to think of them as of "dynamic resistors". When the load current IL varies, they change their static resistance Rz so that to keep the product of both variables (the voltage Vz) constant - Vz = IL.Rz. For example, if Il increases, Rz decreases with the same rate... so Vz = const.

Not the answer you're looking for? Browse other questions tagged voltage-regulator zener linear-regulator lm78xx or ask your own question.

3
Why is zener current preferred to be more than load current in a voltage regulator?
2
Zener diode as voltage regulator
1
Power effeciency of Zener diode regulator
2
Zener Diode: Easing the load on a regulator
0
Linear regulator using emitter follower and operational amplifier
1
Does an Input Resistor Negatively Impact the Transient Response of a Linear Regulator?
1
3 terminal regulator max input voltage with zener at adjust pin?
1
High voltage linear regulator (with pre-regulator)
1
3.3v Zener Diode Shunt Voltage Regulator giving a 4.3v output
0
What is the function of zener diode in the fig and power dissipated in zener at No load condition?