I am trying to communicate with a Vending machine using MDB Protocol with the help of Arduino Mega and I am partially successful in doing so.

The circuit that I am using is attached here 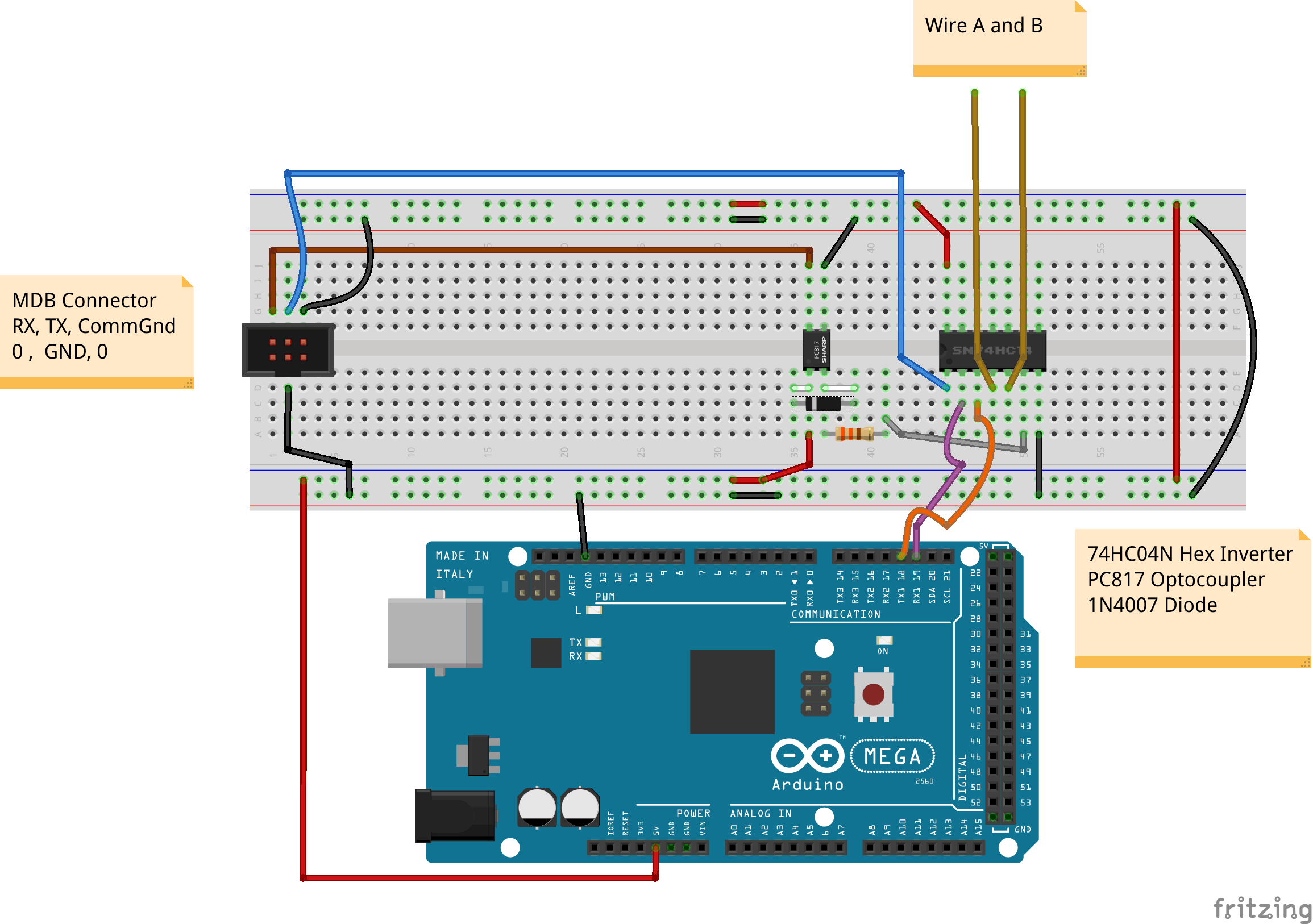 While the circuit diagram is shown below 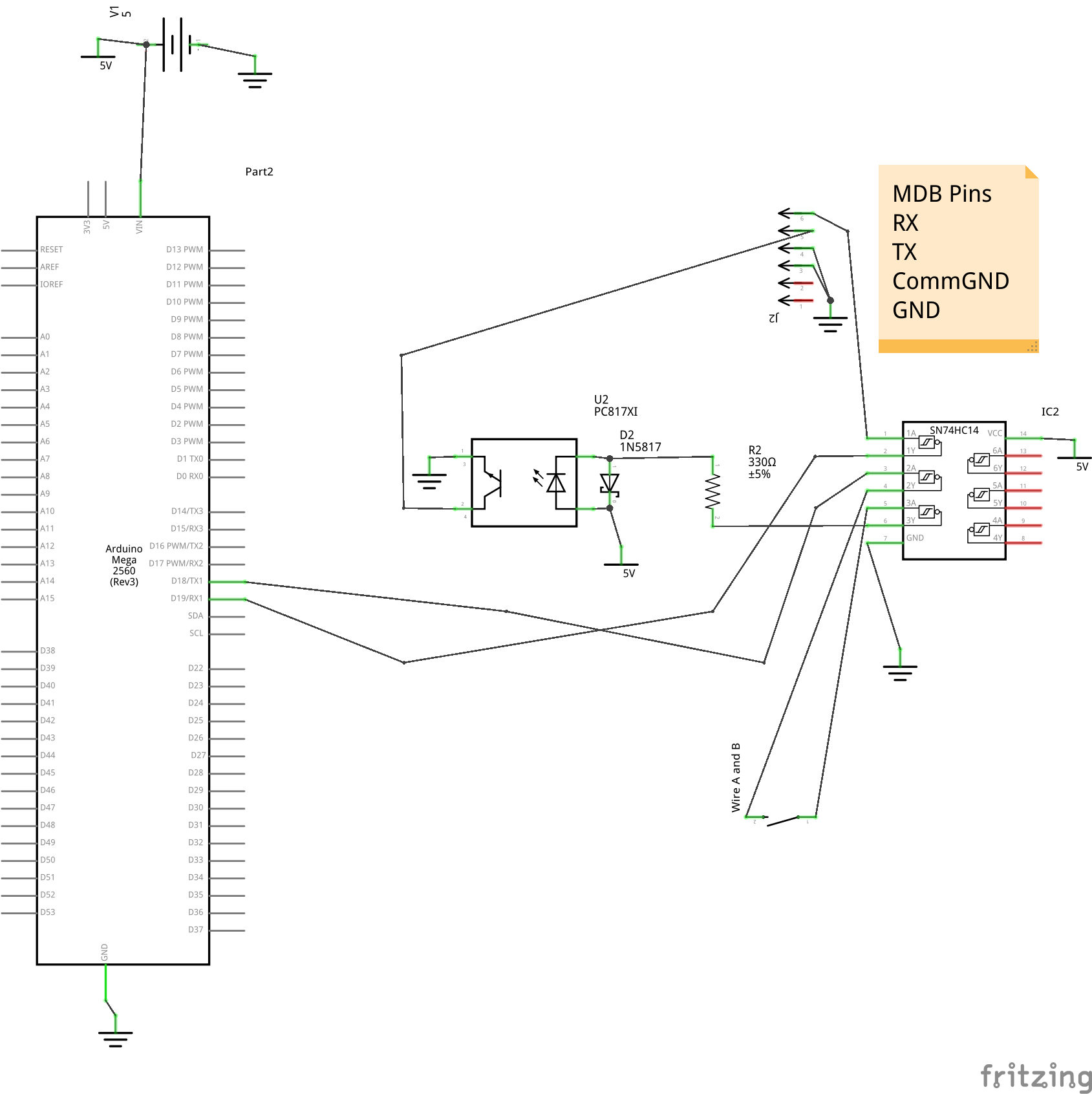 I have tried replacing Optocoupler PC817C with

I tried replacing Hex Inverter with

I even tried replacing the hex inverter with hex buffer HCF4050BE and a NOT Gate but regardless of any combination of mentioned components the issue remains the same, it only works if Wires A and B are initially not connected and then shorted once data starts coming from the vending machine.

I am using MateDealer's code.
I want to automate this manual process and need a simple solution for that.

Browse other questions tagged arduino uart serial or ask your own question.