How to DIY BaoFeng radio-to-soundcard cable?

I've got a cheopo BaoFeng UV-5RE that i'd like to try as packet radio.

I've snipped the plug off of the headset that came with the handheld, soldered it onto some breadboard cables, and did the same to one 3.5mm jack plug connector intended to go in the soundcard. (i'd prioritize getting listening to work trough line-in, first)

But, having done that. At least one after-thought hit me; That the speaker-out on the BaoFeng is mono, while the port(s) on the soundcard is intended for stereo..

Would anyone be able to help me out with a wiring plan?

Feel free to doodle further on the image for rough illustration.

(Sorry for the hasty sketch. And i realize the line-in and out of pc is perhaps in reverse location. I'm not entirely sure.) 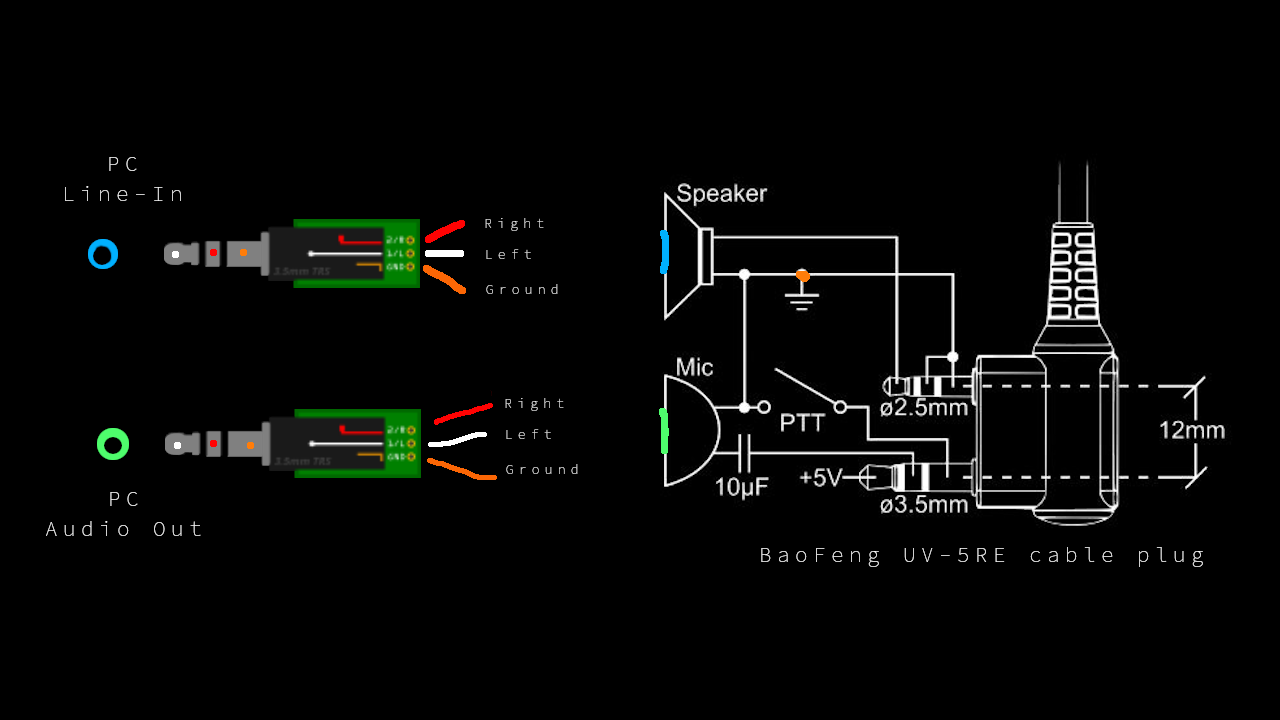 Push-To-Talk is not very important per se, since the radio apparently have 'VOX' function, but if that's not recommended maybe i could use an Arduino that i got for the task some sort of (linux) Serial-PTT ? ..And perhaps also as some sort of a go-between the radio and the pc entirely?

https://ham.stackexchange.com/a/3638 (this is where i found the plug image)

12
Getting started in Ham radio
2
Help with PTT circuit for icom radio
5
install AUX input on car audio/navi system
3
Hacking a TRRS to TRS adapter
12
Weird behavior of 'soundcard' oscilloscope
3
Signal Noise in Bluetooth Adapter when Using SLA Battery
0
How can I extend the bandwidth of a soundcard?
0
Noise on stereo summing circuit from LED's