LED Blinking On turn on and off

I made a circuit for LED Driving (current controlling), based on this circuit. Everything works fine except that the LED is suddenly blinking when the circuit is turning on and off. How can I prevent this blinking?

I can't calculate the blinking current but I think it is about 10-20 mA which is very high for me and can damage LED. 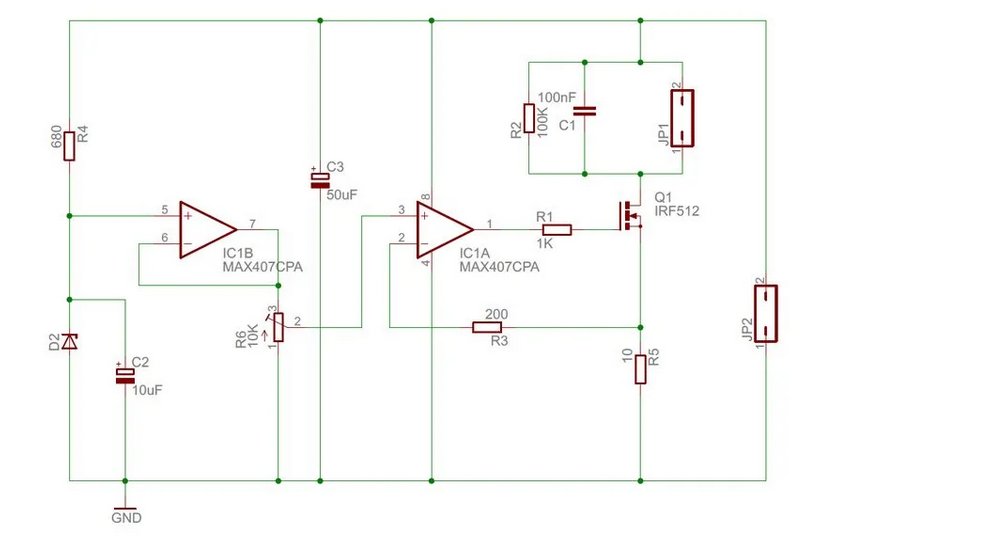 Without the actual circuit and component values, it is hard to assess the problem you are facing. However, I could think of a possible reason and another very unlikely one, and a solution for it.

During turn-on \$C_2\$ starts to be charged, once the output of the voltage divider formed by the potentiometer \$R_6\$ is above the inverting input of the comparator, the latter will try to turn on the mosfet. At this moment an in-rush current will flow through the LED. If either the comparator is not fast enough (small bandwidth) or the feedback is too slow (maybe due to poor layout and parasitics), the control loop will not react fast enough to pull down the gate of the mosfet. If the battery cannot supply the necessary current, it will be drawn from the pre-charged capacitors \$C_3\$ and \$C_2\$ (mostly from \$C_3\$ because of its relatively lower \$ESR\$). This will in turn lower the supply voltage of opamp if there is enough resistance between it and the power supply, which might drive the opamp out of its operating point for a short time.

Not the answer you're looking for? Browse other questions tagged led diodes laser-diode or ask your own question.

4
Convert blinking (On/Off) power LED to fading
3
Hello world VHDL program - blinking LED
2
LED to music sync barely blinking even with amplifier
0
How to replace bulb with LED in a PWM circuit (car)?
1
Adding Blinking LED to Low Battery Circuit
0
Use LED as a latching diode
1
LED Driver, Turning ON/OFF consistently
0
LED is turned on directly after power up without a reason
0
Turn off LED when submerged in water