Set the Gain of an Opamp Accurately Using a Potentiometer

I want to set the gain of an opamp accurately using an potentiometer, with low thermal drift and good long-term stability. From what I've read, there are three basic ways of doing it, but none of them performs really well. 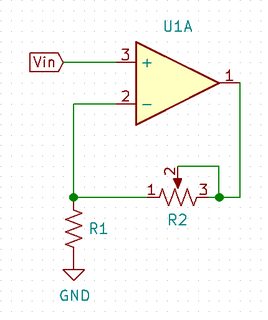 The first way is simply using a potentiometer as a variable resistor. Unfortunately, it means the uncertainty and drift of the potentiometer's end-to-end resistance is fully incorporated into the gain equation. 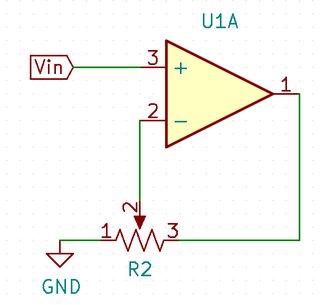 In this configuration, as it's only a voltage divider, only the relative position of the wiper matters, the absolute end-to-end resistance of the potentiometer is not important, thus a much higher accuracy is possible. Thus, it's recommended that a potentiometer should be always used as a potentiometer if possible.

Unfortunately, because how the potentiometer is connected here, the gain of the amplifier's adjustment is highly nonlinear, and probably unsuitable for most applications but audio.

It's possible to linearize the gain in Configuration 2 using two additional resistors. However, the gain is, again, depends on the absolute magnitude of the end-to-end resistance of the potentiometer, making it less useful.

Are there better ways to make use of a potentiometer, without purchasing a more expensive one with better tolerance?

The optimum circuit really depends on the range of adjustment and the accuracy required. Don't forget you can use analog switches to select different ranges as well, and adjust within the range.

0
How repeatable is the output from an opamp
4
Determining potentiometer sensor output resistance with parallel resistor
1
Potentiometer on max. resistance at lowest setting (off)
0
"mapping voltage" on an analog potentiometer using a voltage divider
0
Log-Taper Variable Resistor from Linear-Taper
1
Op-amp circuit to control gain of two analog channels with one single-section potentiometer
1
can you re-center xbox one joystick potentiometer by reducing resistance between wiper and one of the pins?
0
Variable resistor that will not 'crackle' with DC when adjusted?
7
Limiting potentiometer to 10% and 90%