Does Thevenin's Theorem cover the case where the voltage source is changing with time? As an example of such a circuit, I'd like to replace a sensor, that produces a voltage, with a Thevenin equivalent in a model. Presuming I have a model of the internal resistance of the sensor and a model of the voltage change with respect to stimulus change, am I allowed to say that by Thevenin's Theorem the equivalent circuit is a variable voltage source and a resistance in series?

Note that I am asking specifically if this is permitted under the theorem. I know that I can model my sensor this way, I'm just not sure if I can invoke Thevenin as justification.

If you put it as an answer I'll accept it

Oh go on then I'll add some more stuff from hyperphysics: - 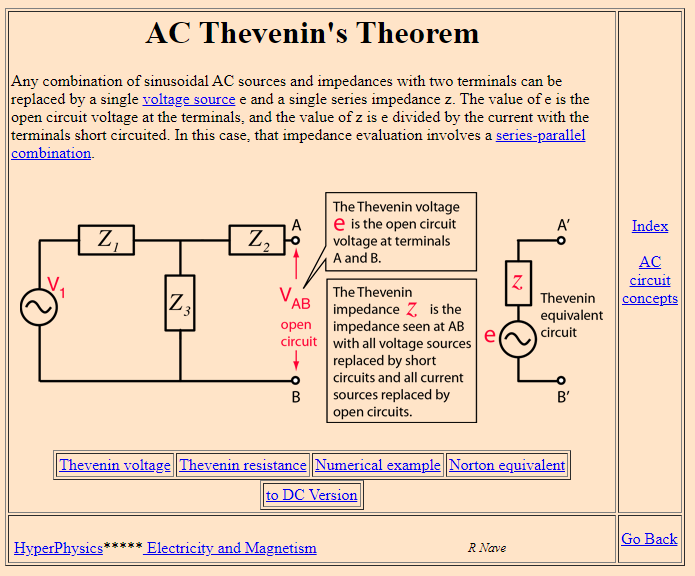 Not the answer you're looking for? Browse other questions tagged thevenin or ask your own question.