How to use a Piezo ShockSensor and an op-amp practical integrator?

I have made this circuit : 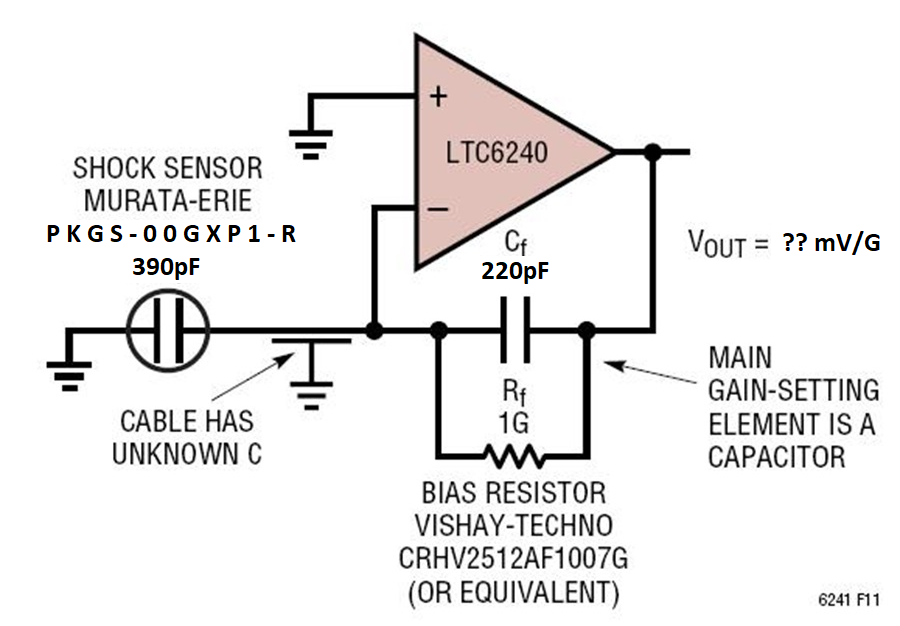 Once I apply a shock to the sensor, I get this result on the scope : 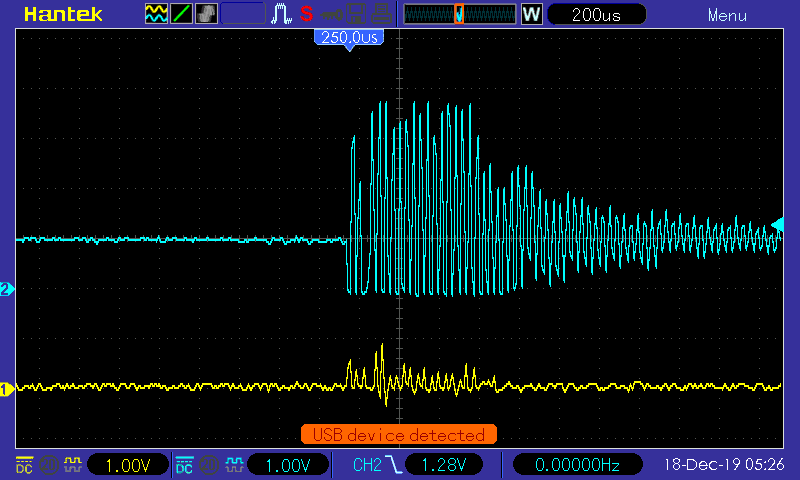 Here is the spec of the piezo sensor : https://www.murata.com/~/media/webrenewal/products/sensor/shock/healthcare/pkgs_spce_00gxp1_en.ashx?la=en-us

Now I am trying to understand how to calculate the gain of the integrator from the circuit above and figure out what are the G's from the mV at the output.

Here's what's going on, and what you can (maybe) do about it:

The reason you have a signal out at all is because there's about 1V of bias, and it just happens to be in the "right" direction. You can't count on this.

The reason you have bias is because Rf is too big for the setup, or because you have leakage. One giga-ohm is BIG. If you had a perfectly insulating glass cylinder with wires sticking out, and you rubbed it all over with your bare fingers, you'd have a resistor with less than one giga-ohm resistance. I suspect there's a leakage path to something, but I can't figure out what (so comments from the peanut gallery are welcome). Looking at LTC6240 packages, and the fact that you're using a ground-referenced system suggests that, if anything, leakage paths would make the signal more negative, not more positive.

The reason you see activity on the bottom trace at all is because those peaks happen when the op-amp has saturated -- in normal operation the op-amp should keep it's inverting input equal to the non-inverting input.

Not the answer you're looking for? Browse other questions tagged operational-amplifier amplifier piezo integrator or ask your own question.